Upon completion of my undergraduate degree in Aviation Management, I will pursue a career with a major airline. Not only will I realize a life long dream but also it will be a personal accomplishment in an academic road that was often complicated. Ideals may change, values do not and some things just take a little more time to achieve.

Embry Riddle Aeronautical University in Prescott, Arizona solidified my passion for a career in aviation.

Ivy League it isn’t but it can be classified as the Harvard of the Skies for all practical purposes. That letter of acceptance provided me the validation I needed and the assurance that those with aviation expertise thought I “had what it took”. For the next three years I lived with people that shared the same aviation zest and passion that I do, the drive to succeed, to be the best that you can but learned that your attitude is what will get you places and skills can always be learned.

When I was in middle school I underwent surgery for a “suspicious tumor” that had developed on my arm. Although day surgery provided me an opportunity to miss school for the day and a few days of sympathy from my family it wasn’t until my follow up visit with the surgeon that I realized the seriousness of the situation. When Dr. Coletta asked me if I had any concerns now that he had removed the “mass” I expressed my disappointment with the scar he’d left.

Politely he answered that I at least had an arm to be scarred because he truly felt that the mass was malignant and amputation was a consideration preoperatively. How inconsequential a scar was when faced with the loss of a limb. What is that saying about not sweating the small stuff?

I was born on August 15, 1978 and my grandfather died August 15, 1975. Although this happened 3 years before my birth it was an event that has held significance for me none the less. “VaVoo” was an immigrant and working class who labored 12 hour days in road construction so his children could have a better life. Though uneducated he believed in a college education, doing the best you could for anyone that employed you and strong values. I have cherished his qualities my entire life.

Earning a varsity letter for high school track taught me the value of team work and tolerance. Certainly there was personal accomplishment in my individual achievements but I opened myself up to a whole new range of rewards that I had never given much credence to before. It gave me a new outlook on the value of how much more we could accomplish as a group and the true recognition was in our school’s accomplishments and not Kevin Osborn’s.

On Friday, November 13, 1998 I attained my private pilot’s certificate, another of life’s milestones. Every day at Embry Riddle I worked harder to advance my goal no matter how small it was. I had set my expectations high and with perseverance and hard work I realized personal success.

I received the Presidential Award for Innovation as an instructor for College Success 101. This all started as an opportunity to earn some extra money before the term started and an inflated ego that convinced me that it was a “no brainer”. After all, how difficult can it be to teach 20 new freshmen? My budget was lean and I looked through a new lens to view challenging situations, problems and tasks. I created an environment and style that invited participation from my students and a culture in which fun and humor were part of the normal day and we all learned something when the final bell rang.

In my junior year at Embry Riddle I became ill and was forced to adjust my career path and my life. Flying jumbo jets wasn’t going to happen, I needed to come home to Florida to be closer to my support systems and eventually enroll in another university to complete my education. I learned how fragile life really is and that we really don’t know what life has in store for us. We can plan and prepare but when faced with change we have to make the best of things and move along. The past is gone forever and my life is today and now.

Perform at my highest level and do my best.

Airline jobs are located in every city that airlines serve and even in a few they do not serve. Of course, the larger the city, the greater the variety of job opportunities. Morale is generally high among employees and jobs with the airlines carries an aura of prestige and reflects the vitality of technological progress.

A non-flight opportunity of interest is that of a flight dispatcher. In cooperation with the pilot, the dispatcher furnishes a flight plan that enables the aircraft to arrive at its destination on schedule with its maximum payload and the least operating cost. The flight dispatcher considers en route and destination weather, winds aloft, alternate destinations, fuel required, altitudes and traffic flow. The dispatcher’s signature, along with that of the pilot, releases the aircraft for flight. The dispatcher must be familiar with navigation facilities over airline routes and must ride periodically in the cockpit with the crew to observe routes, conditions and airports (avjobs.com).

The deregulation of the airline industry, which began in the mid 1970’s, greatly changed the ways the airlines operated. Overall the result has been an expansion of the airline industry and a surge in hiring in most job categories. However, there is a down side: the industry has become less stable. Airlines have merged; others have gone out of business entirely, causing a dislocation of employees. “The economic health of the airlines, however, is directly related to the economic strength of the country as a whole, as well as to outside influences such as the cost of fuel” (Freiberg 72).

Ten years into my career in aviation I hope to be an airline manager with British Airways at Heathrow Airport. My duties will be administrative dealing with station operations, passenger aspects, ground service, equipment, fueling and all facets of running the station. Other responsibilities will include reviewing operating statistics from the previous day, budget items, and meetings to discuss operational issues. An airline manager in this environment could command a $70,000 annual salary.

Some of the characteristics I posses for success in this type of job relate to motivation and self- management. Number one is goal oriented and secondly is time management. You need to be open minded, capable of analyzing, evaluating and implementing. Since I enjoy a challenge I would welcome promotional opportunities.

An entry level, post graduation position, will probably be that of a station manager for a small airline. Responsibilities will include responsibility for all flight and ground operations such as aircraft handling, passenger services, and air cargo operations. Selling tickets, checking baggage, preparing passengers and manifests, operating teletypes and computer terminals may also be included in the job duties.

Aviation industries of interest include the Federal Aviation Administration, Airlines and Airports, all who require skilled professionals an aviation-related field that present career challenges. “The FAA operates the world’s biggest and safest aviation system with responsibility for the licensing and certification of aircraft and pilots, for the security of airports, and for the around-the-clock operation of the nation’s air traffic control system” (FAA.gov).

Airports are gateways to the cities and countries they serve and provide a variety of jobs locally and nationwide contributing billions to the national economy. Although a career with a large international airport would be the most desirous employment with Boca Aviation would be an acceptable entry- level opportunity.

The airlines provide job opportunities in every city they serve with the greater variety of job opportunities in the larger cities. “The largest concentrations of airline career opportunities are in New York, Chicago, Los Angeles, San Francisco, Miami, Atlanta and Boston: (). Foreign airlines flying into the United States hire Americans to handle their passenger and air cargo business, an opportunity that cannot be overlooked. 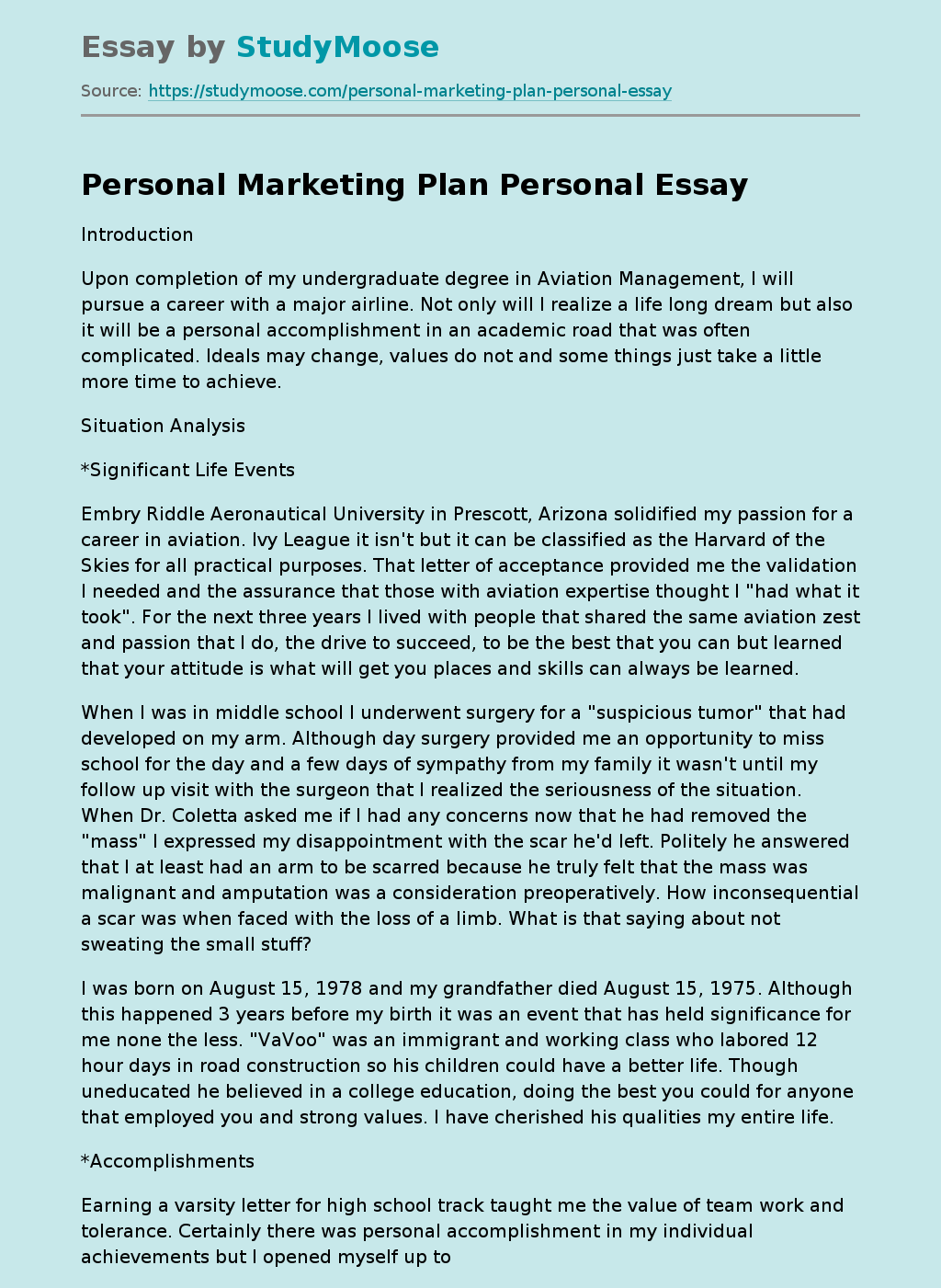