In computer networking, multicast is defined as group communication in which data transmission is addressed to a group of destination computer at the same time .

Don't use plagiarized sources. Get your custom essay on
“ Multicast and Multimedia Networks ”
Get custom paper
NEW! smart matching with writer

Multicast could be one-to-many or many-to-many distribution. Multicast should not be confused with physical layer point-to-multipoint communication. Here we will see the requirements for IP multicast delivery, addressing and sending the packets and receiving the packets by using various tools provided by UBUNTU linux in order to witness the multicast routing. The following tools have been installed in order to send and receive packets to prove multicast networking on Ubuntu linux –

In order to run ubuntu linux we are downloading the VMware workstation which is a virtualization and cloud computing software with VMware server virtualization and it comes on with a hypervisor that allows multiple virtual machines to run on the same physical server.

Ekiga is a VoIP and video conferencing application.

It was the default VoIP client in Ubuntu till 2009. We use Ekiga has it supports SIP which is a signalling protocol used for maintaining and terminating real-time sessions. By using the browser in the ubuntu linux Ekiga is downloaded to make the call

Wireshark is an open source packet analyzer that is used for network troubleshooting, software and communications protocol development. Wireshark uses pcap to capture packets that have been received and sent

The messaging application called Session Initiation protocol(SIP) is being used here for controlling multimedia communication sessions. To send the multicast packets a professional IP telephony tool for the linux desktop called Ekiga have been used as the server.Blink tool from windows is being used as the SIP client.After making the call from the linux tool ekiga by entering the username of the blink which is a windows tool it is clearly evident that we are receiving the call and so the multicast packets have been received . Keeping the linux tool ekiga as a server the call has been made and received to the client and this clearly shows the multicast networking through linux 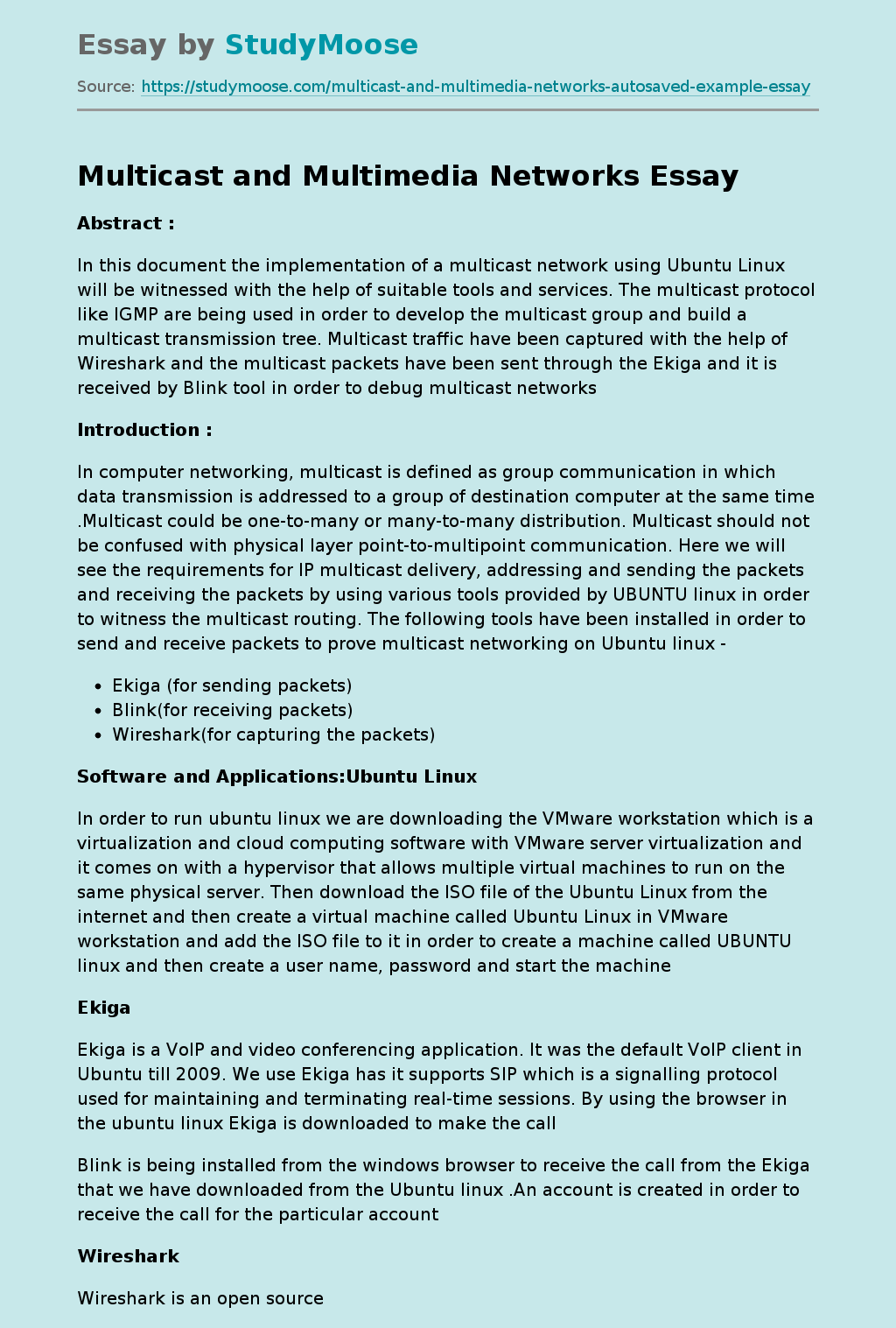