Early in 1963, a 17 years old woman was kidnapped and raped in Phoenix, Arizona. The police investigated the case, and soon found and arrested a poor, and mentally disturbed man. The name of this man was Ernesto Miranda. Miranda was 23 years old when he was arrested. On March 13, 1963, Miranda was arrested based on circumstantial evidence linking him to the kidnapping and the rape. After 2 police officers interrogated him for 2 hours, he signed a confession to the rape charge. The form he signed included the following statement: “I do hereby swear that I make this statement voluntarily and of my own free will, with no threats, coercion, or promises of immunity, and with full knowledge of my legal rights, understanding any statement I make may be used against me.

Don't use plagiarized sources. Get your custom essay on
“ Miranda v. Arizona ”
Get custom paper
NEW! smart matching with writer

” Miranda was not given a full and effective warning of his rights.

He was not told of his right to remain silent and his right to counsel. Miranda was found guilty of kidnaping and rape and was sentenced to 20-30 years imprisonment on each count.

During the prosecution, Miranda’s court-appointed lawyer, Alvin Moore, objected that because of these facts, the confession was not truly voluntary and should be excluded.

In the end of 1966, The Supreme Court, in a 5-4 decision written by Chief Justice Earl Warren, ruled that the prosecution could not introduce Miranda’s confession as evidence in a criminal trial because the police had failed to first informs Miranda of his right to an attorney and against self-incrimination. The Supreme Court of Arizona detailed the principles governing police interrogation.

Arizona ruled that detained criminal suspects, prior to police questioning, must be informed of their constitutional right to an attorney and against self-incrimination. 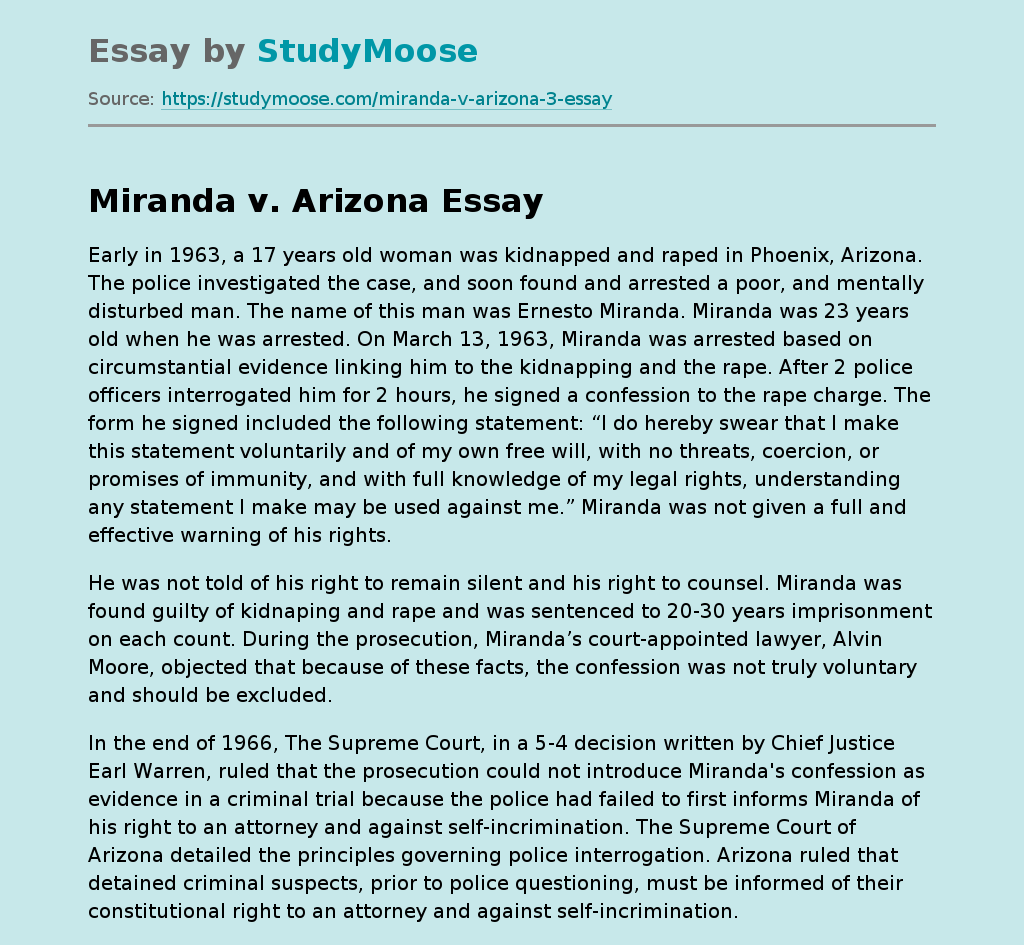