A biography of the basketball player Michael Jordan.

Michael Jordan is an American Professional Basketball Player . I picked Michael for my biography because I consider him to be the best basketball player in the NBA . Michael is recognized for his spectacular ball handling skills and for his outrageous dunks . He is also the leading scorer in the NBA , and a winner of three NBA most valuable player award in 1988,1991, and 1992 . Jordan was born in Brooklyn , New York , and raised in Wilmington , North Carolina .

Don't use plagiarized sources. Get your custom essay on
“ Michael Jordan Biography ”
Get custom paper
NEW! smart matching with writer

He accepted a basketball scholarship at the University of North Carolina and as a freshman he scored the winning shot in the 1982 NCAA championship game . In 1984 Jordan led the U.S. basketball team to victory in the Olympics . After that he left college to play for the Chicago Bulls . Jordan was successful as a professional from his first season , Leading the NBA in the 1984-85 season in points scored . He also was named rookie of the year and started in the All Star game .

In the 1986-87 season Jordan became the second player ever to score 3000 points in one season . In the following six seasons he led the NBA in scoring averaging more than 30 points per game . Jordan led the Chicago Bulls to their first NBA championship tittle in 1991, and did it again in 1992 and in 1993 . Read also Is Michael Jordan an entrepreneur

Jordan retired from basketball in 1994 to play baseball . He only played for about one year but he didn’t have what it took to be a baseball player .

He came back to play basketball in the middle of the 1995 season to lead the Bulls into the first round of the playoffs where they where beat . Jordan was the NBA’s most valuable player for the 1987-88 season and again for the 1990-91 and the 1991-92 season . This is the first time a NBA player won for two consecutive seasons . He was also a member of the Dream Team that won the gold metal in basketball at the 1992 Summer Olympics .

Many people consider Michael to be the best basketball player in the world . I consider him to be the best on earth . Also one of the most world renown players ever to be recognized all over the world . Jordan has signed many profitable contracts to endorse commercial products such as Nike , Pepsi , Gatorade , and many more . 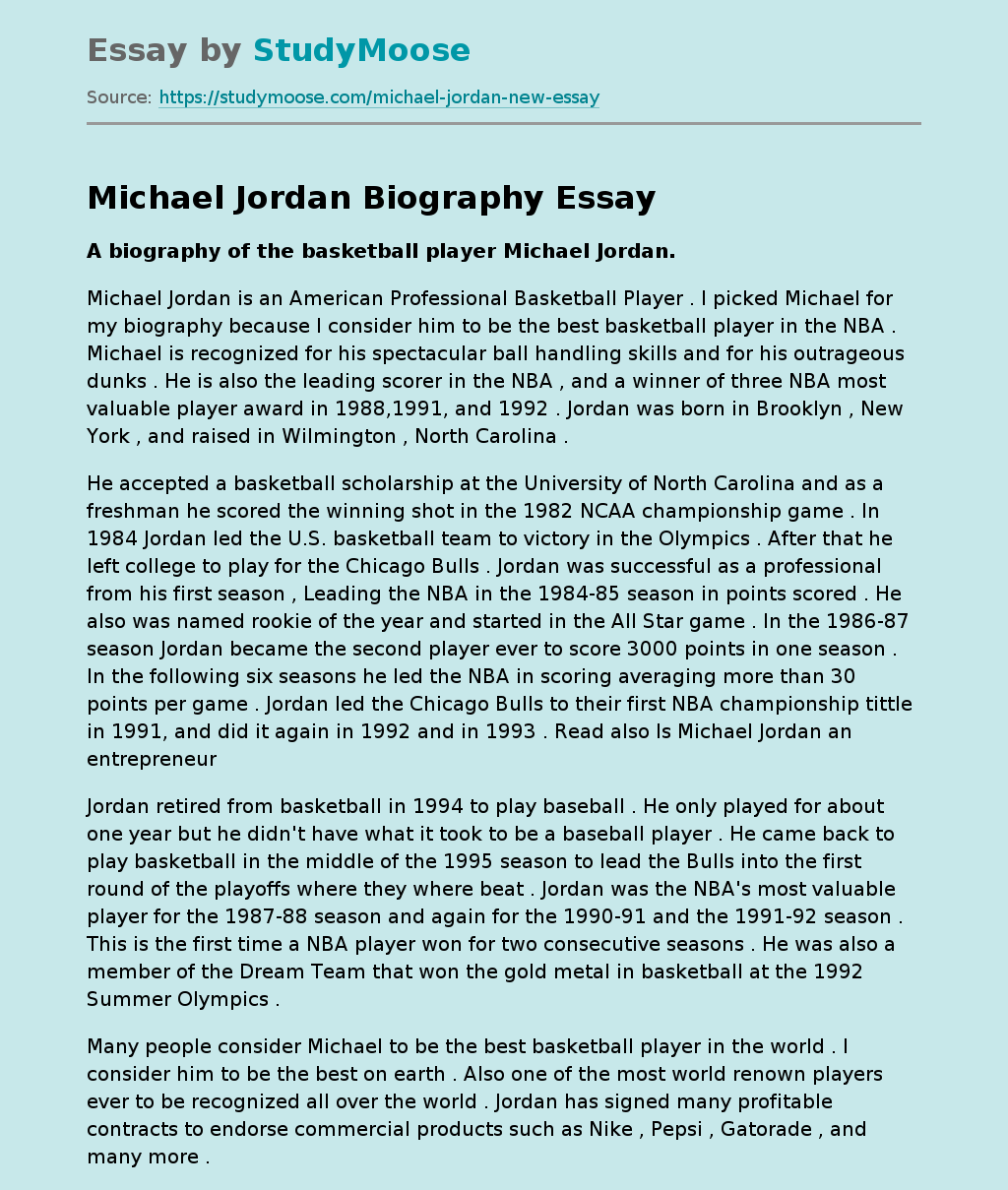