How Hollywood, Playboy and other media reflect and influence society’s values. The depiction of Marilyn Monroe is used as an example.

Schools and Churches are institutions in society where priests and teachers act as spokespersons to spread a certain set of attitudes, beliefs and values. Similarly, Hollywood is also a very powerful modern day institution, where a star’s image can reappropriate, shape and circulate societal myths and ideologies. The construction of a star’s image as a commodity of their societal myths and ideologies, has the extraordinary power to exert messages so that even the smallest details become significant yet not overtly obvious.

How a star’s image is produced and then consumed can justify a society’s relationship with that image and therefore aid in explaining the social construction of what society deems as their ‘reality’. A star’s image is created through a range of representations churned out by Hollywood. Capitalism from the commercialisation of these images has made Hollywood the domineering force it is today.

A re-emerging image in Hollywood is that of the sex symbol, epitomised by Marilyn Monroe in the 1950’s. Monroe is Hollywood’s archetypical sex symbol, where the cultural phenomena she creates, instigates her immortal and legendary status. The first ever issue of Playboy magazine features Marilyn Monroe as the covergirl. By decoding meaning from this magazine cover, the visual and written text becomes a communicator for both obvious and subtle meaning conveyed through her image. Marilyn Monroe’s image is communicated through signs and their codes. 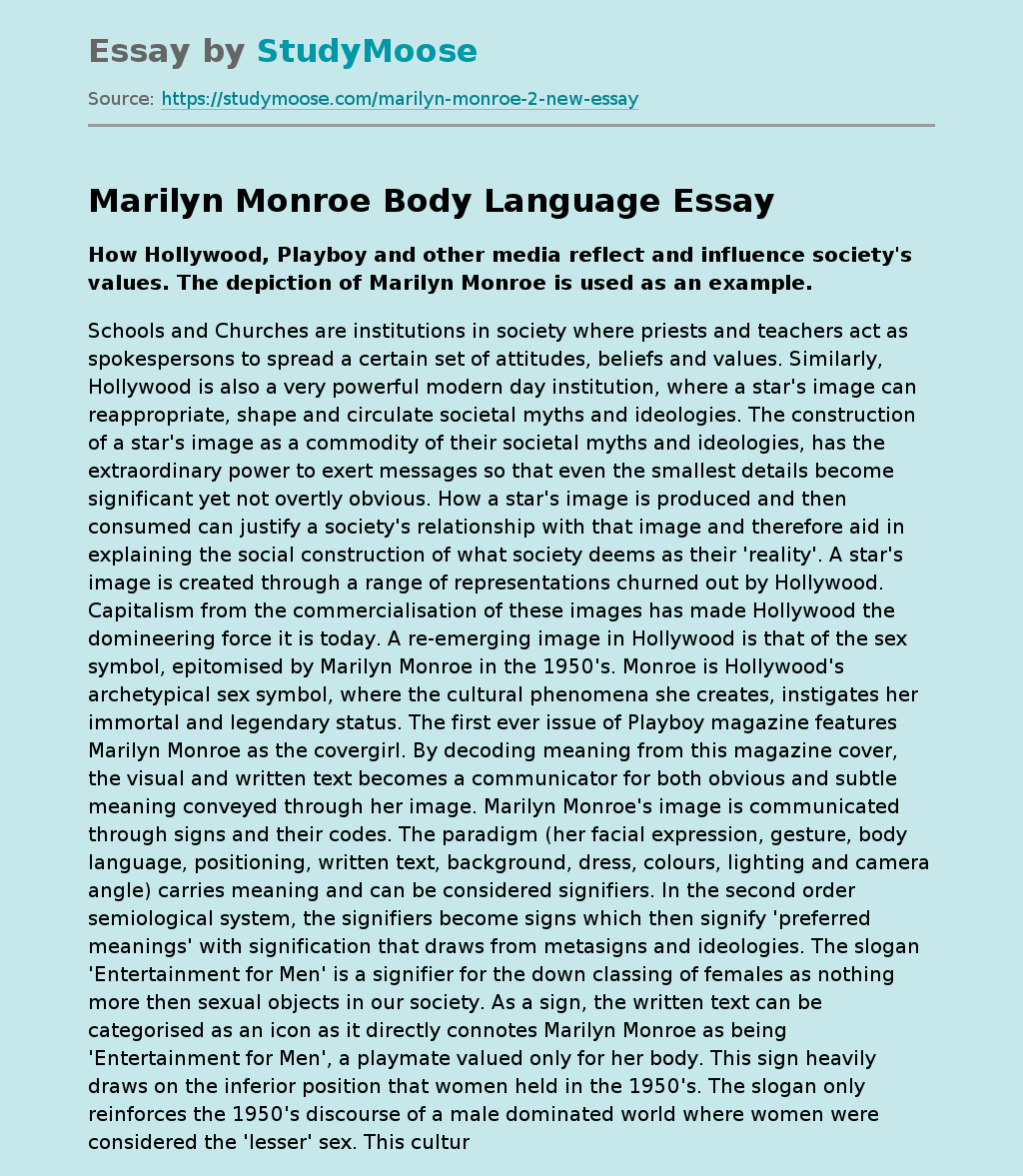