About the author
Books by Edith Hamilton Introduction for essay about Edith Hamilton

Edith Hamilton was a highly respected and well-known classicist who wrote many popular books on ancient Greece, including the best-selling The Greek Way. She was born in 1867 in Dresden, Germany, the daughter of American parents, and was educated in the United States, first at Miss Porter’s School in Farmington, Connecticut and then at Bryn Mawr College. After graduation, she studied in Germany and England before returning to the United States to take up a teaching post at Bryn Mawr. She taught there for many years, until her retirement in 1932.Hamilton was a passionate advocate for the study of classical civilization, and her books did much to increase public interest in the subject. In addition to The Greek Way, she also wrote The Roman Way and The Mythology of All Races. She died in 1963, at the age of 96.

Edith Hamilton’s legacy is one of a passionate advocate for the study of classical civilization. Her work has inspired generations of scholars and students to engage with the ancient world. Her contributions to the field are vast and her influence is still felt today. She was a true pioneer in the study of classical civilization and her work will continue to inspire and challenge us for years to come. 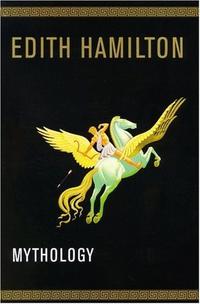 VIEW ESSAYS ON "Mythology: Timeless Tales of Gods and Heroes"
Trustworthyness in Homers Odyssey and Medea by Euripides Mythology the Foundation of Today’s Society What is the role and function of the Messenger in Antigone and Medea? Athena Research Cult of Hera Hubris as a Major Element in Aeschylus’s Prometheus Bound Zeus As Hero Prometheus The Greek God Zeus Greek Mythology and Iris ...See Other 14 essay examples from this book
We've found 1 books by Edith Hamilton and 19 essay samples
Save Time On Research and Writing
Get My Paper
22 We've found 10 essay samples about Edith Hamilton
Prev
1 of 2Next