About the author
Books by Katherine Mansfield

Introduction for essay about Katherine Mansfield

Katherine Mansfield was one of the most innovative and influential short story writers of the early 20th century. Born in New Zealand, she moved to London in 1908 and became a part of the city’s vibrant literary scene. Her stories are known for their psychological insight, modernist style, and tragicomic sensibility. Though she died at the age of 34, Mansfield left behind a body of work that continues to resonate with readers today.

Katherine Mansfield’s work is significant because it provides a rare glimpse into the female experience during a time when women were not often heard from in the literary world. Her stories offer a candid and often humorous look at the lives of women, and she was unafraid to tackle controversial subjects like infidelity and abortion. Her work is still relevant today because it speaks to the universal experience of being a woman. 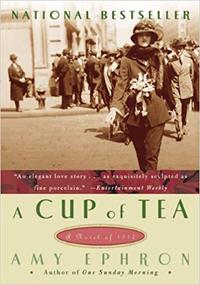 A Cup of Tea

A Cup of Tea