In this day and time, in reference to science and technology, late adulthood is a stage of life that most of us will be involved in, yet death is an event we all will experience. Within the contents of the paper we will address ageism and the stereotypes affiliated with the period of late adulthood. Moreover, there will also be an evaluation on how health and wellness can be stimulated and on the moderation of the adverse effects of aging. Also included will be the importance of relationships and social interactions as analyzed in accordance to an individual approaching the end of life.

Finally, concluding with the cultural and personal attitudes concerning death and dignity to be identified in the stage of late adulthood.

The style of aging in America is not a graceful one. Aging is filled with constant efforts to fight off the process. Americans have been taught that success belongs to youth. It has become a natural thing to treat the elderly, like the end of what was once good material.

“Old people are categorized as senile, rigid in thought and manner, old fashioned in morality and skills.

Ageism and the fear of ageing are rampant in modern western society” (Robert Butler, p. 1, 2006). Most everyone will experience old age. Scientist has predicted that the average life expectancy could be over 100 years, by the end of the next century, according to Robert Butler. Ageing is not only seen as being one step closer to death, but it is also associated with the stereotypes of late adulthood. Society views old age as being sickly, when they are perfectly healthy. Incompetent, assuming that the elderly can no longer contribute to society, when their minds are sharp as ever…

Although late adulthood is considered to be around age 65 this is not a time for one to become bitter or disillusioned. Many older people are happy and engaged in at least one activity, if not more, as society becomes more accepting of the older generation they will adjust better to the process of ageing, and are less likely to become depressed, lonely, and unhappy. Support groups and counseling can help with successfully working through aging and the late adulthood process. Americans have fought in wars that ensured our continued freedom, both young and old alike, and marched in civil rights protest.

America’s obsession with youth has blinded our citizens to the wisdom, experience, and emotional support that older people have to offer. The younger generation can benefit immensely from the friendship, and mentorship of an older citizen. Older Americans who share his or her personal stories of war, poverty, and perseverance will plant the seeds of respect and compassion in our youth. In late adulthood, individuals can promote health and wellness by eating nutritious foods.

It is important that late adulthood individuals receive the proper kinds of nutrients because the body becomes less efficient in digesting food, and nutrients. Exercising can help the muscles work properly because as individuals age, the muscles start to stiffen; making the range of motion diminish (Stassen, 2010). In late adulthood an individual’s health changes, for example, sensory organs become weak. A decline in hearing or vision, and the taste of food can weaken; this can be caused from the decline of tasted buds on the tongue.

High blood pressure can be caused by poor nutrition; this can lead to a stroke. Another health issue that may arise is cognitive changes; neural and motor skill start to slow down or decline; especially with the onset of a disease such as Alzheimer’s disease; causes memory loss, and dementia as well as lead to loss of muscle control, and even confinement to bed. Bone mass can start to diminish and this can happen to mostly women. The loss of bone density; when bones become fragile, brittle, and thin is called osteoporosis.

Osteoporosis affects 25 percent of women over the age of 60 (Cliffs Notes, 2011). To mitigate the negative effects of aging some things can be done to prevent poor changes to late adulthood health. When sensory organs become weak, for example, hearing loss can be helped with hearing aids. High blood pressure can be controlled with eating properly, or even high blood pressure pills. There is no known cause of Alzheimer’s disease but genetics play a role. Drug treatments for Alzheimer’s only helps about 20 percent of individuals, and treatments are not 100 percent effective.

Osteoporosis can be prevented with a diet high in calcium, and exercise. Calcium and exercise can help keep bones strong. The lack of exercise and secondary aging such as, smoking, abusing alcohol, obesity, and drug use can affect primary aging; and organ failure (AllPsychologyCareers. com, 2011). Since longevity has increased in the past decade, older adults plan and maintain more relationships far longer than in the past. As an example at least 1 in 10 older adults over 65 have one or more children in their same age bracket. Long-term relationships can be very full-filling and challenging.

While older adults enjoy these relationships over decades, instead of sibling rivalry, it can be a strain and real chore for the younger adults to care for ageing and ailing parents or grandparents. Through many studies however, younger adults report having satisfactory relations with older adults. The most devastating events for older adults are when they lose their spouse. One of the most common complaints is in finding new spouse. This is especially true for widows, whom have to contend with the dogma of being asexual in a youth based society. In general, widows normally outnumber widowers.

One misconception for older adults in sex. Contrary to popular dogma, the more active sexually a person was in middle adulthood, the more active they have proven to be in their older years, most studies have shown. Another popular misconception is older adults living with their children. Surveys show that at any one time about 5 per cent of older adults live with their children. The remaining 95 per cent tended to want their independence and either lives alone, with their spouse, or in a retirement home. A very disturbing aspect that faces older adults is elderly abuse. Elderly Abuse can come from any factors.

Neglect is the most common abuse and comes from caregivers who can deny the basic necessities like food, medications, and proper hygienic materials. Physical abuse can be hitting, kicking, and shaking of the elderly adult, whereas emotional abuse can come from threats, and insults. It estimated that at least 5 per cent of the elderly population is abused in one form or another. Maintaining close friendships in later life offers late adults with happiness and satisfaction. Friendship can provide emotional support, having a trusted companion, and acceptance, important to older adults’ sense of self-esteem and self-reliance. 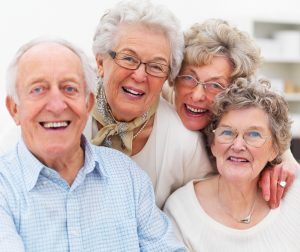 Friendship can also offer the chance to trust, confide, and share fun activities, meanwhile offers protection against stress, physical and emotional problems, and premature death. Because older men rely on their wives for companionship, elderly women typically enjoy a larger scope of friends. Older men, however, develop more opposite-gender relationships. On the opposite side of the coin, when older women find single older gentlemen men with whom to be friends, they may be reluctant to become close.

Depending on the age of the person whom is now decrease may determine how a person may react to the dreadful news. Individual attitudes about death are also a little different with regards to how an individual may respond to someone who may be deceased. Each cultural environment has a different life exceptive. Dignity is very important for a person whom is coming of age. The thought of changing/losing self respect is a scary thought for so many. Accepting the difference and treating each other with respect and dignity may prove to be very challenging.

It is vital not to take away from someone’s dignity and respect just because they are now in the late adulthood stage. In closing aging is something that will occur as long as we live. Of course there are stereotypes associated with late adulthood, in which have been addressed. We have also evaluated health, wellness, and the negative effects pertaining to aging. Cultural and personal attitudes concerning death and dignity have been identified as well. It is important to remember as a famous television personality once said, that how we face death is just as important as we face life.