Johannes Kepler was a German astronomer who is best known for his three laws on planetary motion. He lived from 1571-1630, and his works all took place during the scientific revolution (Johannes Kepler). He was most famous for coming up with his three laws of planetary motion. His first law states that all planets move in an elliptical orbit with two foci, one of those foci being a star. His second law states that if one was to connect a line from a star to a planet, at equal times, they would sweep out equal areas; which show that the overall energy is conserved (Kepler’s Laws).

Don't use plagiarized sources. Get your custom essay on
“ Kepler’s 3rd Law ”
Get custom paper
NEW! smart matching with writer

The third law states a mathematical relationship between the period of a planet and the radius of its axis. Mathematically it states that, where k is a constant for a specific solar system.
xperimentally Determined Solar System Constant K=slope Actual K Value taken from (Lesson 34: Kepler’s Three Laws of Planetary Motion) Calculating Percent Error Conclusion: In conclusion it was found that the orbital constant for the Sun is .

When compared to the actual value there is a percent difference of 1.3%. But if both figures were to be rounded to 2 significant digits than the percent difference would be 0%. Using this constant, the period or the axis radius of any stellar object orbiting the Sun can be found.

When looking at Graph 1, it can be seen that the relationship between the period and radius of a planet’s axis is exponential. The further the planet is, the longer its period is.

Amplitude: It is the distance between the two extreme positions. Aspect 1: From the above data and results we have concluded that there is an impact on the frequency of a simple pendulum if changes its length and there is no effect on the change of mass and amplitude. To be very cised there is a slight effect on a change on the mass or amplitude but it is quiet negligible that’s why we do not consider them. Aspect 2: Due to the presence of air there might be some error introduce in the experiment so take necessary precaution to minimize the error. There is possibility that while taking different readings the length of thread might be measured incorrectly, so make a mark on the thread to avoid any error. 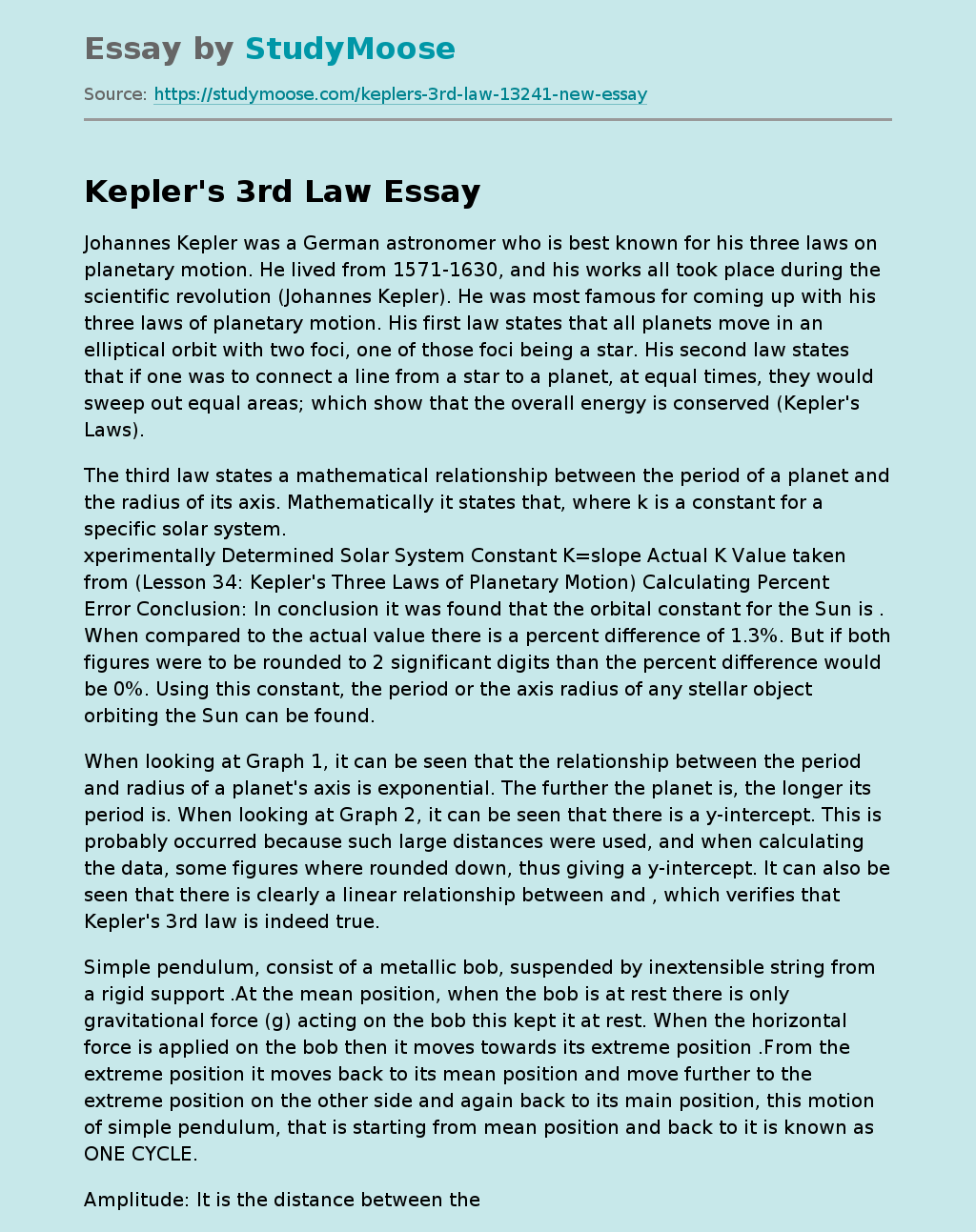