Tourism provides a major economic development opportunity for many countries and a means of improving the livelihoods of its residents. Both the public and private sectors involved in tourism depend on planning to achieve sustainable tourism development that respects the local community, creates appropriate employment, maintains the natural environment, and delivers a quality visitor experience. Tourism destinations that pursue development without proper planning would face several negative impacts upon the community and host region, such as the erosion of the region’s cultural identity as well as the destruction of landscapes.

Don't use plagiarized sources. Get your custom essay on
“ Introduction to Tourism Destination Planning & Development ”
Get custom paper
NEW! smart matching with writer

Malaysia is situated in Southeast Asia and consists of 13 states and 3 federal territories, separated by the South China Sea. 11 of Malaysia’s states are located in Peninsular Malaysia and 2 in east Malaysia, situated on the island of Borneo. The capital city of Malaysia is Kuala Lumpur, while Putrajaya is the seat of the federal government and Iskandar is known as the administrative center.

Tourism is Malaysia’s second largest foreign exchange earner, with a total number of 1,817,061 tourist arrivals in January 2012 alone and 9,438,592 in the following five months[], nearly a hundred thousand more than in the first five months of 2011.

Malaysia’s Minister of Tourism, Dato’ Seri Dr. Ng Yen Yen has stated that total receipts from tourism in this period was RM 21.8 billion[] and according to the National Key Economic Area annual report in 2011, the tourism industry is projected to provide and incremental contribution of RM 66.7 billion to the country’s National Gross Income. All these show the very rapid growth of Malaysia’s tourism sector.

Moreover, the tourism industry in Malaysia has also been noted to have provided a number of 1.2 million jobs in the country, helping boost the economic and socio-economic development of Malaysia; whether directly or indirectly, tourism has helped generate employment in industries such as agriculture, handicraft, hotel, transport and arts and culture[], while simultaneously conserving aspects of history, culture, heritage and environment of the country.

Malaysia’s attractiveness as a tourist destination can be largely contributed by the fact that, in line with its international tagline ‘Malaysia, Truly Asia’, it is a colourful hotpot of cultural diversity. Malaysia’s community consists of not only Malays, Chinese and Indians, but also a number of ethnic people such as the Kadazandusun and Iban in Sabah and Sarawak, as well as the Selatar clan in Johor. With its multi-cultural heritage and ‘exotic’ traditions, food and festivals, many tourists are drawn to visit the country every year. In addition, Malaysia also has the advantage of having a warm, tropical climate all year long, something which many Western travellers look forward to enjoying, as well as having the advantage of being free of major natural disasters such as volcanoes or earthquakes.

Malaysia is also proud to have UNESCO-listed World Heritage Sites to its name, primarily the Gunung Mulu Geo-Park in Sarawak[], and the historical sites of Malacca[], with Mulu attracting 15000 tourists annually[] while Malacca welcomed more than four million between January and April this year[].

Recently, it has been revealed that the tourism industry was allocated an RM358 million under Budget 2013 in conjunction with Visit Malaysia Year 2013/2014, in order to reach a target of 26.8 million arrivals for the coming year[]. The Government will also review domestic policies and regulations regarding foreign equity restrictions and limits on employment of foreign talent, as well as rules governing recognition of international qualifications, requirements for commercial presence, composition of board of directors, and residency for expatriates[] in order to assist in liberalising the services sector to reach its full potential in Malaysia.

Successful implementation of tourism destination development involves a lot of planning, in terms of the assessment of available resources at the destination, marketing strategies to be undertaken, economic and financial analysis as well as an analysis of the market, the environment and also the social impacts of the development. In this assignment, I will attempt to measure the planning process and effects of it in regards to the state of Pahang in Malaysia.

Pahang is the third largest state in Malaysia and is bordered to the north by Kelantan, to the west by Perak, Selangor and Negeri Sembilan, to the south by Johor and to the east by Terengganu and by the South China Sea. Its state capital is Kuantan, and the royal town is Pekan. Approximately 1.5 million people reside in Pahang to date and the ethnic composition is roughly 1,000,000 Malay and Bumiputera, 233,000 Chinese, 68,500 Indians, 13,700 others, while the rest are non-citizens. Geographically diverse, Pahang ranges from mountainous country in its west to one of the longest coastline in the east of Peninsula Malaysia[]. There has been evidence found that indicates the earliest habitation of Pahang leads back all the way to the Mesolithic Era. Once famous for the deposits of tin and gold found along the upper reaches of the Tembeling River, Pahang had attracted the interest of outside powers long before the founding of Malacca in 1400.

Under the control of the maritime empire of Srivijaya, Pahang had expanded to cover the entire southern portion of the Malay Peninsula in the 8th and 9th Centuries. With the collapse of Srivijaya power around 1000, Pahang was claimed first by the Siamese and then, in the late fifteenth century, by Malacca. After Malacca fell to the Portuguese in 1511, Pahang became a key part of the territorial struggles between Acheh, Johor, the Portuguese, and the Dutch. Repeated raids, invasions, and occupations devastated the state, until the decline of both Achenese and Portuguese power in the early 17th century allowed Johor to re-establish its influence on the much fought-over state. In the late eighteenth century, Pahang gradually gained autonomy, and in the middle of the nineteenth century it had become an independent state[].

The name ‘Pahang’ has been said to originate from the language of a Siamese ethnic tribe, meaning ‘ore’. The tribe once live there and opened up several mining areas, especially in Sungai Lembing. According to an old Malay story, at the place near the Pahang River, on the opposite side of Kampung Kembahang, a large ‘mahang’ tree fell across the river, thus the name ‘Pahang’ originated. The old name of Pahang is Inderapura[]. Two thirds of this huge state is covered in forest, thus Pahang’s population is dependent mainly on agriculture and natural resources. There is extensive palm oil, cocoa and rubber cultivation. Due to its long coastline, fishing and tourism related activities are prominent in Pahang and there are some small-scale manufacturing and cottage industries which residents are also dependant on[]. The tourism mission of Pahang is:

Promoting Pahang as a Major Tourism Destination based on cultural heritage and natural resources for the socio-economic development of the state.[]

The Arabic honorific of Pahang is Darul Makmur (“Abode of Tranquility”), an apt description of the state, with its lush tropical forests, cool mountain air, beaches, lakes and waterfalls nestling in the arms of mountain crevices. Pahang is truly a wild land with a picturesque and ethereal natural beauty beyond comparison. However, Pahang has more than that and its resources can be roughly categorized into different classes; natural resources, cultural resources, and manmade resources.

True to its fame, Pahang is home to many beautiful and breathtaking natural sites and wonders. It is home to unexplored rainforests, carefully preserved wildlife habitats, undisturbed ecological sites and raging, wild rivers and waterfalls.

The natural heart of Pahang is unquestionably Taman Negara, Malaysia’s oldest national park, lovingly referred to as “The Green Heart”. Gazetted as a National Park in 1938, Taman Negara is Malaysia’s largest and oldest natural park, with over 4000 km2 of wild, virgin rainforest. Although it also spans across the states of Terengganu and Kelantan, its largest protrusion is into Pahang. It is carefully conserved and protected due to its status as one of the last remaining frontiers of pristine rainforest, not only in Malaysia, but in the world.

Taman Negara has a wide variety of flora and fauna, like the long-tailed macaques and rare Sumatran rhinos, as well as over 250 species of flora. One of the most frequented tourist attractions at Taman Negara is the Canopy Walkway, a suspension bridge of strong ropes, cables, net and wood that hangs 40 metres above the ground from which tourists are able to appreciate the park’s natural beauty without disturbing its resident wildlife.

There are also several limestone hills in Taman Negara that have stayed undisturbed since several hundred millions of years ago. Some of the popular caves are Gua Telinga, Gua Kepayang, Gua Daun Menaru and Gua Luas.

Visitors also have the chance to take a 40 minute boat trip up the Tahan River to the Lata Berkoh Waterfall, where they can get the invigorating experience of swimming in the cool waters of the deep pool beneath the fall. Adventure-seeking tourists are also able to shoot up the 7 rapids of the Tembeling River, which takes about 5 minutes as it is a 9km ride.

With the help of a hired guide, visitors can also go jungle trekking to experience Taman Negara up close along well-marked trails like the Tahang, Terenggan and Neram Trail.  As Taman Negara is so meticulously guarded, tourists need to obtain certain permits or licenses in order to gain access to the park. These licenses differ depending on the tourist’s particular intention and can be applied for at any Department of Wildlife counters located at the Kuala Tembeling Jetty or Kuala Tahan. The permits and respective fares are listed in the following table. 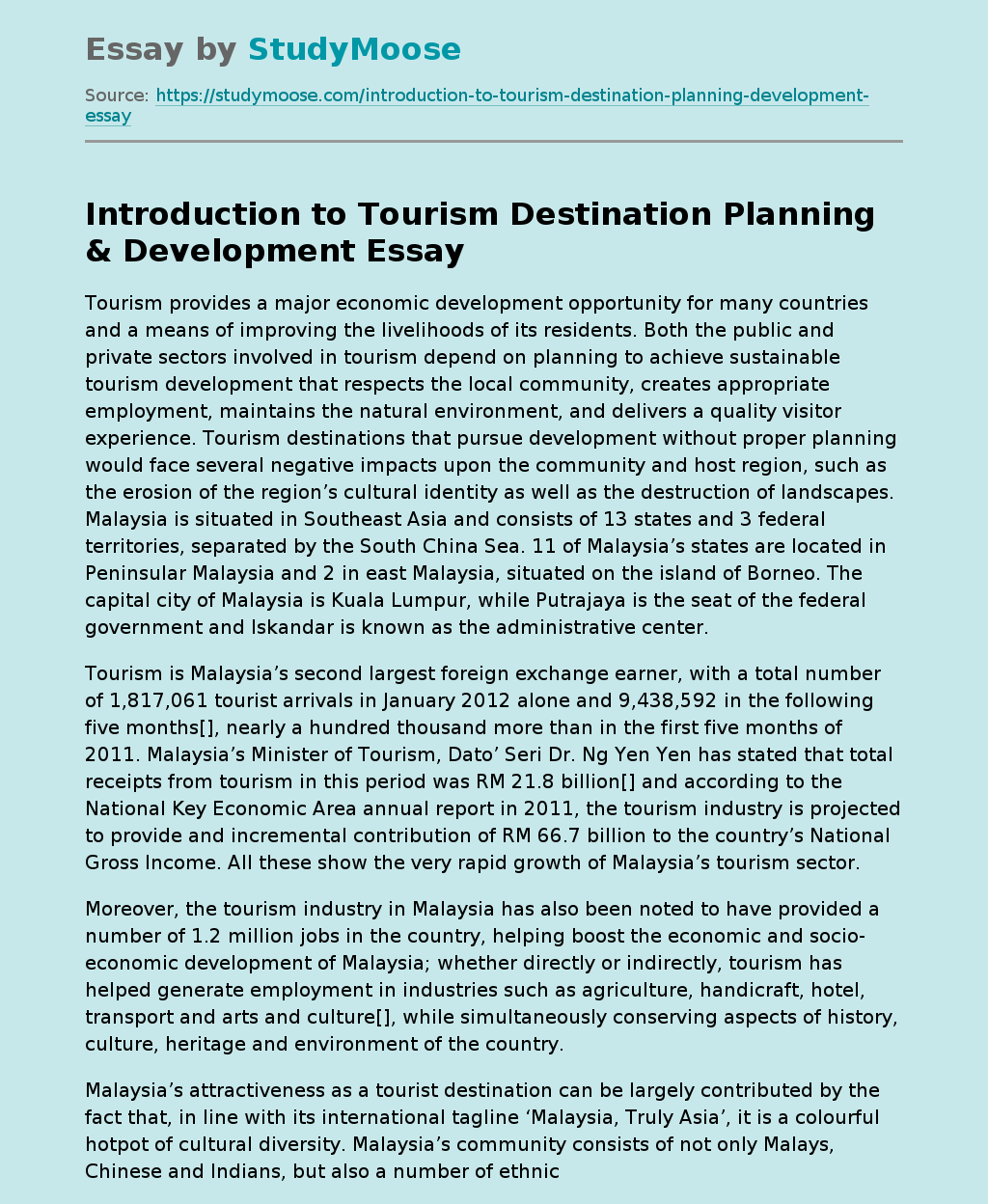