Some people believe that the Iliad is a poem about death. However, some argue that the most important theme is war. Other themes of human experience such as jealousy, honor, or pride are seen in the poem, but I think the main idea of the poem is anger or rage and the results that occur from it.

Death is a recurring subject in the Iliad along with graphic descriptions. Every man knows he will die at some point especially when going into battle.

Don't use plagiarized sources. Get your custom essay on
“ Iliad Theme ”
Get custom paper
NEW! smart matching with writer

For example, Sarpedon says to Glaucus, “Ah cousin, if only we could quit this war and count on living without age or death, I would not head for the front ranks myself nor would I urge you to do battle there, but we are mortal and death’s faces stalk us in numbers such that no man can escape. So let us go, and take glory or give!”

The war and other vengeful acts are included in the poem which cause death and horror, but the fundamental cause is a rage which builds up between the characters.

Proficient in: The Iliad

In the war between the Trojans and Achaeans, men were killed and their comrades became enraged and wanted revenge. When Achilles lifelong companion Patroclus went into battle for him, Patroclus killed many Trojans causing Hector to become enraged. Hector killed Patroclus which caused Achilles to become so angry and seek revenge. He kills Hector with his spear and says, “Fool! Behind Patroclus a fierce avenger was waiting among the hollow ships .

Homer begins his poem in the first line, “Sing, goddess, of the wrath of Peleus’ son, Achilles.” My opinion is that the main idea of the Iliad is anger or rage which allows the author to develop all that follows through the consequences that follow. This is seen through the dissonance, estrangement, and eventual reconciliation between Agamemnon and Achilles. 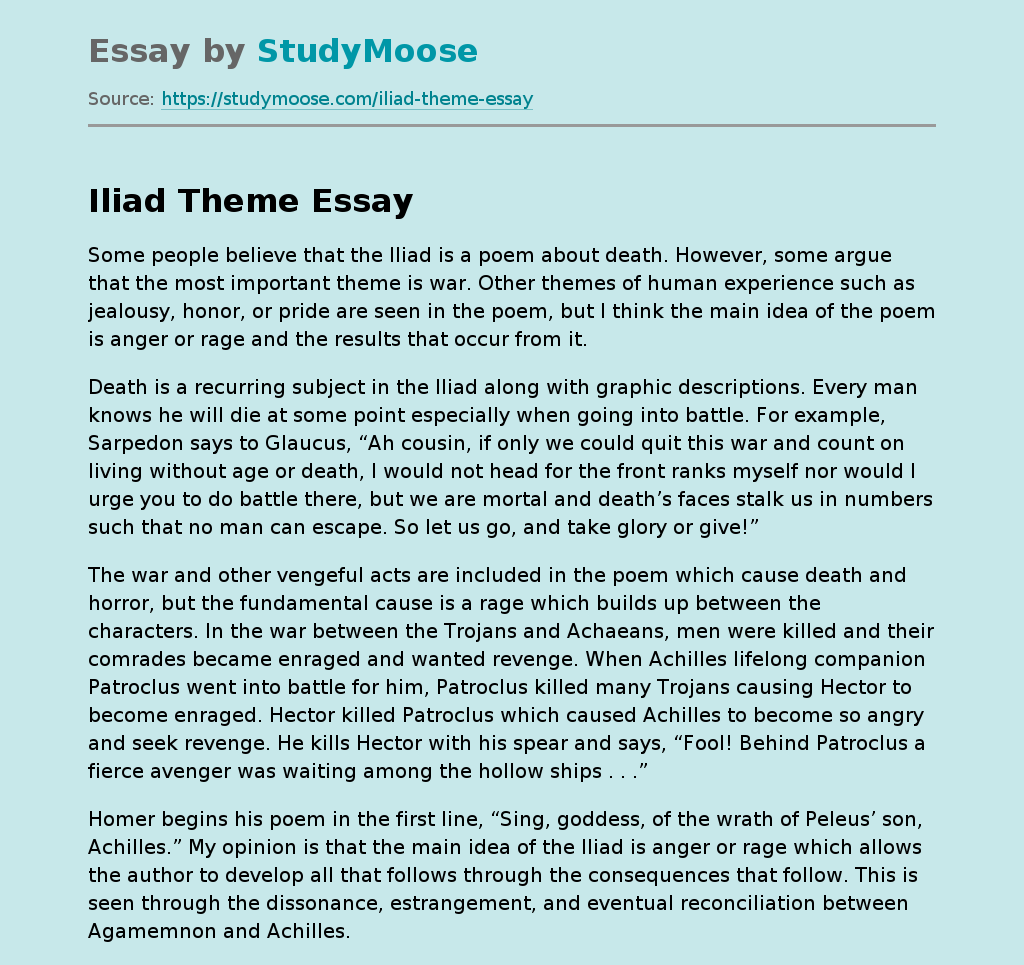