Television is a medium of communication, information, and entertainment. It is the most popular system for transmitting images and sounds to people. In fact, television can have negative effects due to radioactivity, falsehood and obsession.

First of all, television releases radiation. A lot of people believe that television is harmless. However, scientific studies prove that unlike any other household equipment television sends out a lot of radioactive rays. Indeed, radiation deteriorates vision. As well, it can damage it. For example, some people like to sit close to TV sets.

Don't use plagiarized sources. Get your custom essay on
“ Harmful Effects of Television ”
Get custom paper
NEW! smart matching with writer

Their eyes are too close to the screen and radioactive rays are constantly getting in their eyes. For that reason, television harms people’s vision. Television sends out radiation that has negative effect on people.

Secondly, television is bad due to its falsehood. Television is a media tool to twist the truth. For instance, advertisements for products hide the truth. Many exaggerate the truth in order to sell their products.

They aim only at people’s money, but not on pleasing clients with a product. All media is constructed. As well, violence on TV is not real; however, children who watch TV think that violence is reality. Television influences children when they make decisions. For example, after children watch a violent movie they might resolve their problems by using violence. People start to accept the media’s twisted information as the basis of moral and right behaviour. Also, false information on TV misleads people because often they believe what they see.

Therefore, television is negative because it contains false data.

In conclusion, television has bad effects on people because it releases radiation, hides the truth and becomes an obsession. Though television may be a temporary relief from reality in the short term, the long-term effects are devastating both physically and mentally. There is more to life than a remote control, if we can’t even get up to change the channel than reality is that TV does nothing for the spirit. 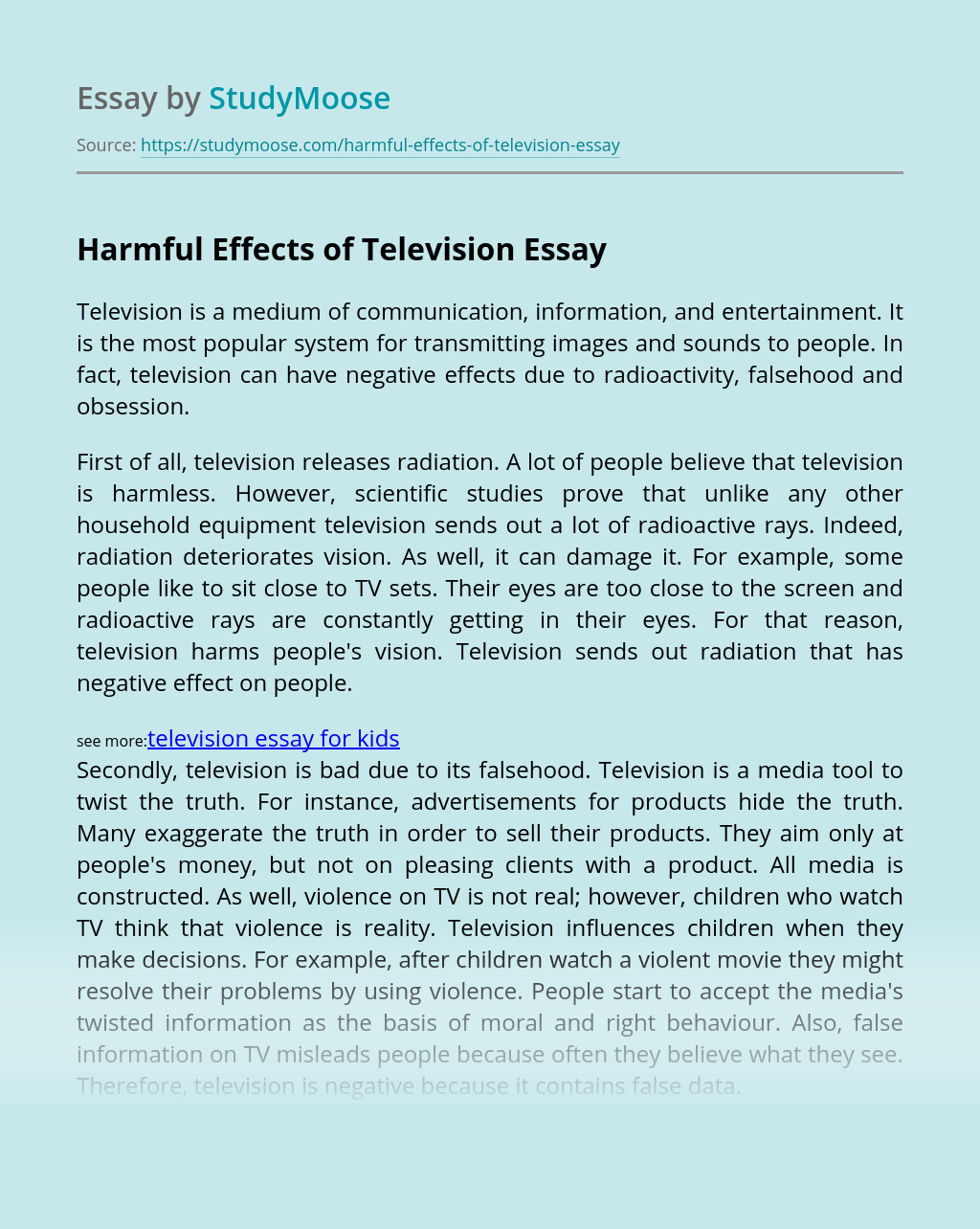