Cultivation theory was created by George Gerbner, founder of the cultural environment movement and dean of communications at the University of Pennsylvania. Cultivation theory deals with the content of television and how it affects and shapes society for television viewers. The theory suggests that the violence embedded in television causes regular viewers to form exaggerated beliefs of society as a meaner and scary world. This is known as mean world syndrome.

Although less than one percent of the population are victims of violent crimes in any one year period, heavy exposure to violent crimes through television can lead to the belief that no one can be trusted in what appears to be a violent world.

Don't use plagiarized sources.
Get Your Custom Essay on Cultivation Theory Just from $13,9/Page

Television sets are slowly replacing schools and churches as the main storyteller for families. People are watching television religiously instead of going to church. It is more common to stay at home on Sundays and watch football or the newest reality show out.

In their devotion to watching television on a regular basis they are exposed to the violence that is embedded in most shows on the air. Gerbner provides his three-prong plug, which is his framework for understanding why more television consumption leads to a misled perception of a risky world filled with crime. The first prong for the plug represents the concern for why media chooses the messages they deliver. Violence is a stable message delivered by the media, because it is cheap and easy to sell globally.

This is mainly because violence is a universal language that is understood by everyone. The second prong represents the concern for figuring out the exact messages that television delivers. In order to do so Gerbner uses what he calls, Message System Analysis, which ultimately supplies a numerical value for what for what messages television contains. The scope of what is considered a violent message consist of any show that portrays overt expression of physical force compelling action against ones will on pain of being hurt and killed, or threatened to be victimized as part of the plot.

According to Gerbner’s studies before the average TV viewer graduates from high school they will have observed thirteen thousand traumatic deaths on television. The Third and final prong represents the concern for analyzing how television content affects viewers in particular, your typical couch potato who watches television all day. Television cultivates and shapes realities towards viewers; the more a person ingests messages of violence portrayed in television the more likely they are to view the real world as a mean and scary place.

Personally I do not watch television with the exception of sports, but even then you can’t avoid seeing violent acts whether it’s in a commercial for a movie or video game violence has become prominent in our society. Cultivation theory is something that affects everyone one way or another; if you personally are not affected by it chances are you know someone who is. It was something that was very obvious to me even at a young age. I grew up going to school in Windsor but living in Hartford.

I noticed the mean world effect at a young age because most of my friends from school weren’t allowed to come over my house because I lived in Hartford. Back then it wasn’t as clear to me as it is now, but even to this day it still happens. Not that my friends can’t Come over but they would rather I go to where they live instead. So even today I see the effect mean world syndrome can have on people. This day in age media is something everyone is familiar with from old to young. With technology advancing at the rate it is media will have more and ore influence on our every day lives. Growing up in a generation of constant advancements in technology I have witnessed first hand how the media has used technology it to its advantage.

From being able to watch live news on your phone, to getting updates from an app media is at our disposal and very easy to access. In the next ten years, media will only get bigger and bigger because it is a non-stop, twenty-four hours a day business market. It will continue to change with the advancements in technology and expand with new way to broadcasts itself. 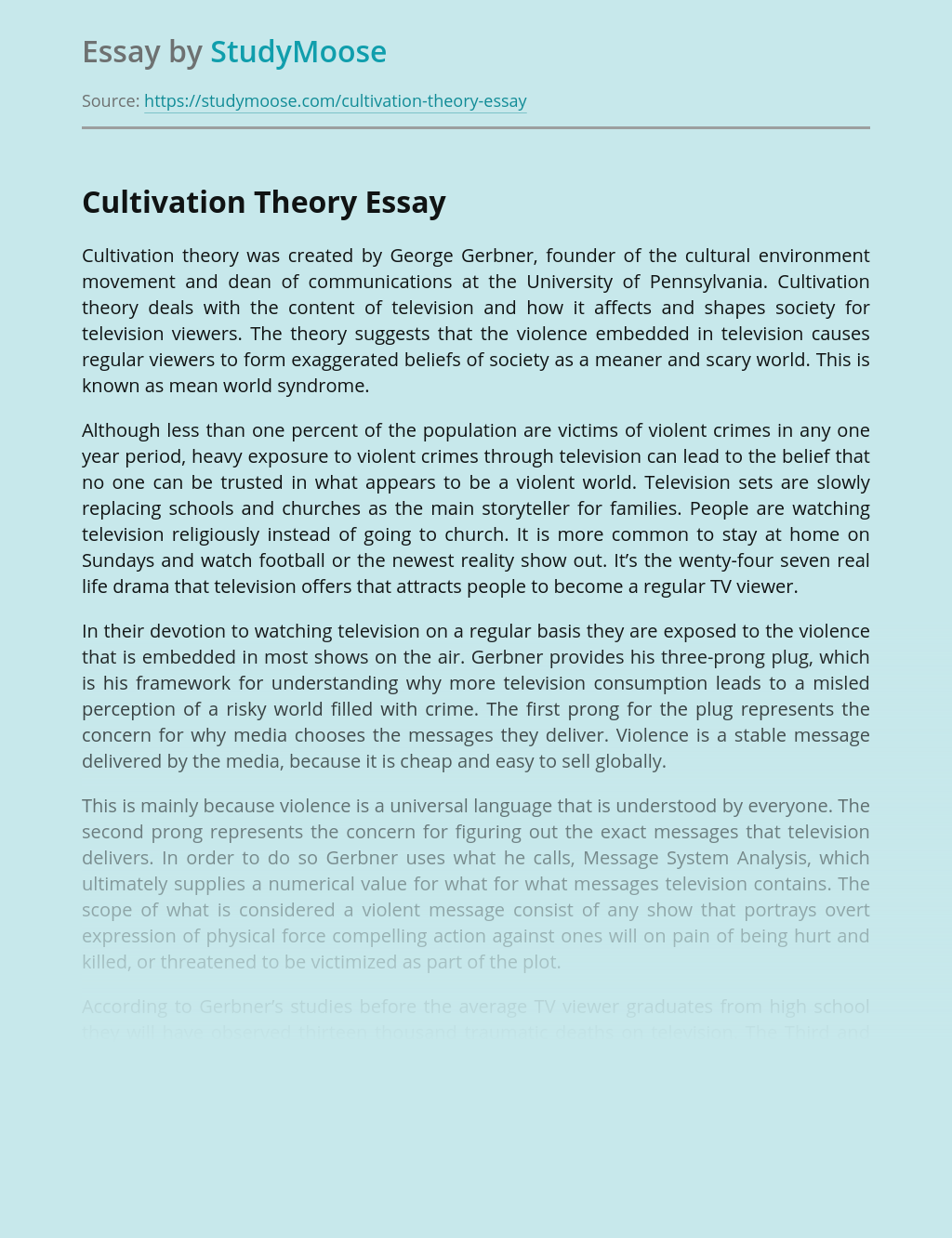