The Greek Goddess Aphrodite is known as the Goddess of beauty, love, and pleasure. Aphrodite is equivalent to the Roman form Venus. She is a major goddess that was known to be youthful and the most appealing. As the god of love and affection, she has been involved in many affairs which also resulted in many children.

The Goddess is believed to have been born from Ourano’s damaged genital thrown into the sea by Kronos after a fight. From the damaged part, she was born and arose with a foam in the sea.

Don't use plagiarized sources. Get your custom essay on
“ Greek Mythology and Greek Goddess Aphrodite ”
Get custom paper
NEW! smart matching with writer

According to the Greek poet Homer, she was born from the God Zeus and the Goddess Dione.

Because she was beautiful, many Gods wanted her for their wife. All of them argued over her along with Zeus. The arguments over Aphrodite continued; Zeus was rejected by Aphrodite. In punishment for rejection and for the good of ending all arguments, Zeus forced her to marry Hephaestus, an ugly god of blacksmiths.

She was not faithful in her relationship with the God of Blacksmiths and had affairs with other gods such as Poseidon, Hermes, Dionysos, Phaethon, and others. her most famous affair was with Ares, the god of war.

Hephaestus was suspicious of her and set up a trap to catch her while she was with Ares. He chained them and dragged them to Olympus to show their shame. They did not take it seriously, resulting in the two being freed and Ares paying a fine.

Harmonia, Deimos, Phobos, The Erotes, and Anteros was with Ares. Hermes’s children are Tyche, Peitho, Eunomia, and Hermaproditos. The Charites and Priapus and children of Dionysos. Children from various others are Beroe, Astynoos, Aeneas, Lyrus, Lyrus, and Meligounis. 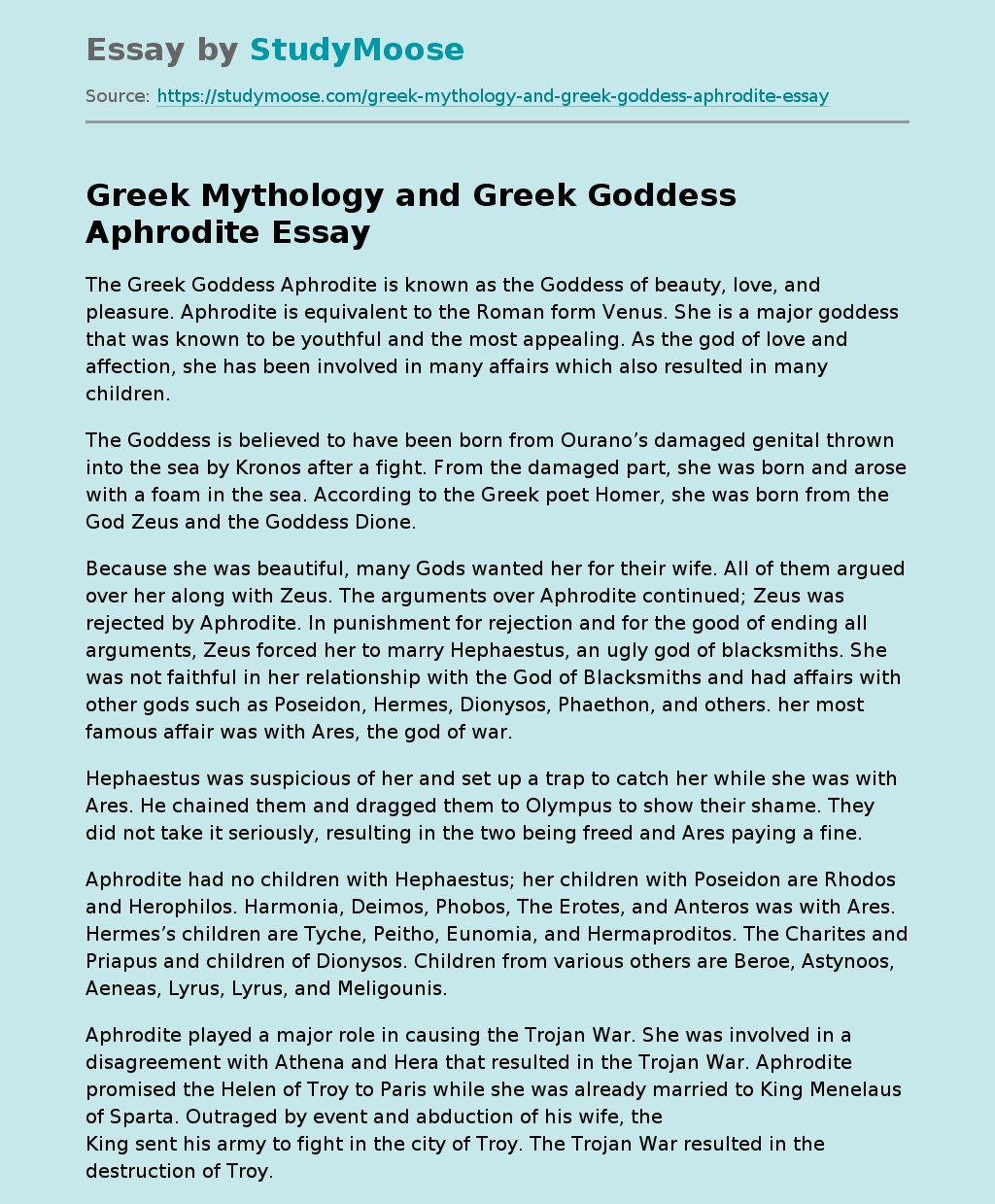