In the world we live in today with talking fridges, moving robots and 20-hour commercial flights we still use harmful products and don’t realize the dent we are putting in the world. As simple tasks become even easier to do and the environment is struggling to modify the world we live in today. If continue this disgusting way of living life dis-producing massive amounts of trash our once ever so lonely earth will be filled up with rubbish, do you want that? As we become older and so does the earth, we have less time to find solutions.

Don't use plagiarized sources. Get your custom essay on
“ Global Food Waste and its Environmental Impact ”
Get custom paper
NEW! smart matching with writer

So, I think it’s time we stop looking into the future for answers and turn around because most of the practices were already used.

According to the Australian government, the Australian economy spends $20 billion on food waste every year that number continues to grow each year, as so does the population. In the food bank 2018 report they found that in the last year, more than one in five Australians have been in a situation where they have run out of food and been unable to buy more.

The largest wastage of food, reports shows from food facts that 50% of the food throw out is still edible.

5,000 years ago, the ancients Egyptians had the same problem, they needed to find a sustainable way to store food. The Egyptian’s couldn’t keep on just wasting all the foods, the put all their bright minds together. The evaporative cool invention was passed time through the rein of Egyptians, Romans, and Persian.

Those ancient societies used the idea of storing the food by putting two terracotta together on-top of the other and filling the small gap in between with water and sand. As water vaporizes from the sand, it removes the warmth consequently keeping the pot above, where food is kept, at cooler temperatures,” researchers Tamara Nair and Christopher Lim explain. CNBC reports Asia accounts for more than half of global food waste due to a lack of basic infrastructure but an idea used by the ancient Egyptians could help resolve the modern-day problem.

But we aren’t going to throw out our fridge for this ancient idea, but it’s our attitudes if we can use waste to fuel energy inside the fridge. The idea can solve Asia’s huge problem with food waste, by implanting it into their lifestyle. When are we going to admit defeat and realize that the answers to our modern-day problem have already been solved?

With the new trend of Uber Eats and Deliveroo eating food is more simple and easier than ever. While Uber the car ride-sharing app has 3 million drivers across the world and over 900,000 active drivers right now, according to Uber. The Massachusetts department of public examined the effect of Uber and Lyft on C02 emissions into the environment. They found the carbon footprint of nearly 100,00 metric tons of C02. If the food delivery companies were powered by food waste, we would all be healthier from not breathing in there constant pollution
The U.K chain Waitrose took a stand with food waste. The supermarket chain stopped sending food waste to the landfill and started to use it as fuel for the delivery trucks. The trucks emit less than 70% of carbon dioxide. Over a lifetime Waitrose will save over $100,000 through the price of fuel for the trucks. Waitrose stood up and saw the problem and solved now delivery fleets around the world need to do the same. Some of the practices of sustainability are already in play today, so let’s to action now and save this planet from disaster.

The world we live in and the way that we live life is not sustainable and we cannot keep this greedy attitude, taking what we want and giving it back. The aboriginal’s worked alongside nature and gave back from the land, un-like us today damaging the land and taking from it. We as humans need to stop thinking about what’s easy or simple and start thinking to do, we want our grandchildren to live? 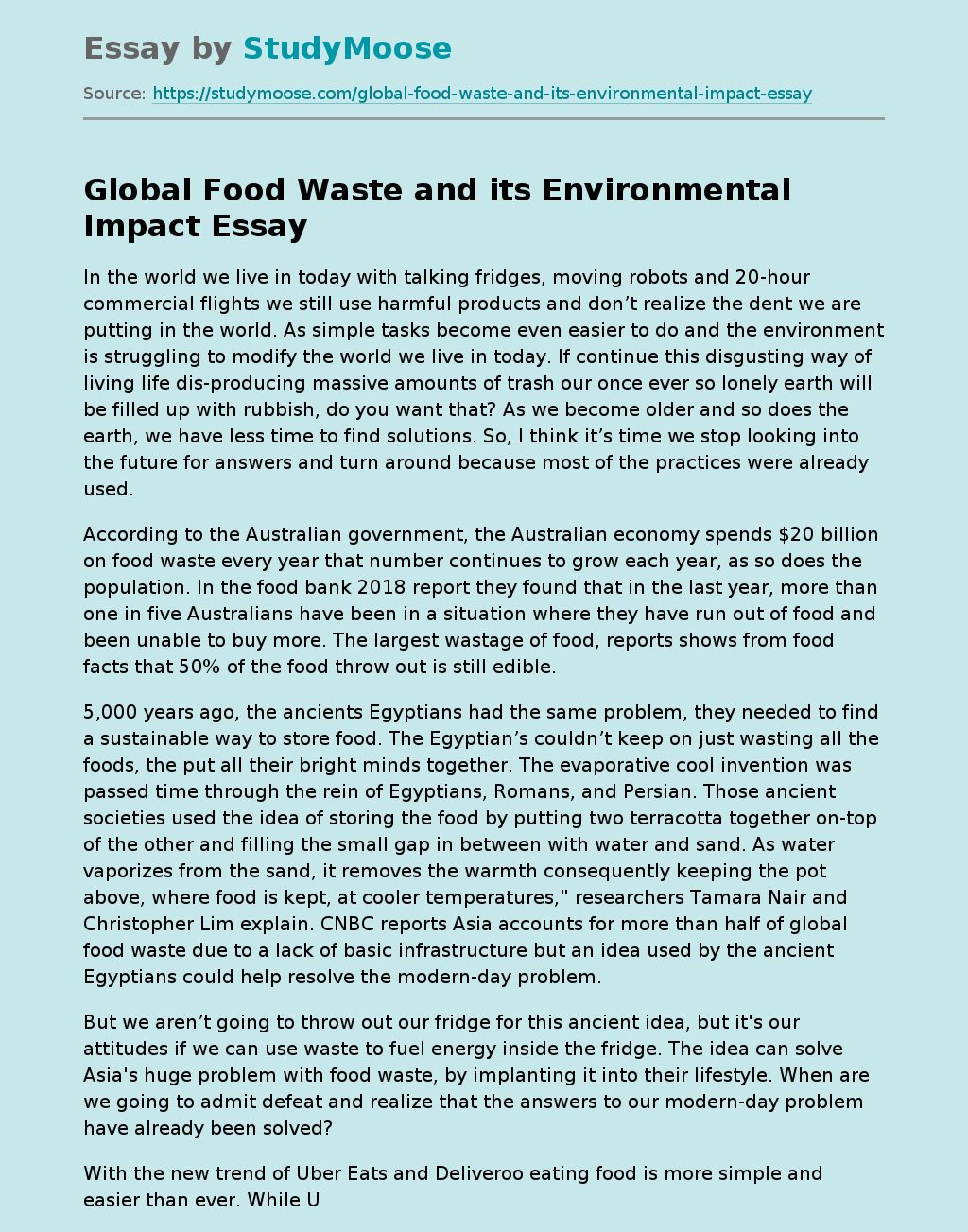