In this story, Brillantes confronts the most important questions of our lives as Christians: Does God exist? If so, what is the nature of God? I remember Tim telling me that Brillantes succeeds in telling a compelling story because he never preaches or subverts. That he allows the reader to experience, rather than solve, the problem of God’s presence or absence. The story is deceptively simple: An aging medical doctor and his young son are called in the middle of the night to minister to a poor family whose newborn baby has a terminal case of tetanus.

Don't use plagiarized sources. Get your custom essay on
“ Faith love time and dr. lazaro ”
Get custom paper
NEW! smart matching with writer

The journey towards the family’s home, however, seems to take on a different level when it also becomes a spiritual journey, most especially for Dr. Lazaro, whose beliefs about and disbelief in God, faith, love, and time seem to haunt him with a pressurized intensity – and all because he sees a wide chasm between him and Ben, his son, in terms of how they see life: He has lost so much faith in God and life, while Ben – intent on becoming a priest – seems so infuriatingly fresh and positive.

He has also lost his faith because he has been a witness to countless, seemingly random deaths: There is a patient with cancer, whose racking pain even morphine can’t assuage anymore; there is the baby who is now dying from tetanus; but most of all, there was his eldest son who, we later learn, committed suicide. From the latter, the Lazaro family “died” to each other as well.

It made the doctor focus mechanically on his job, just to forget the pain, and his wife became more immersed in religion than in family. For Dr. Lazaro, what kind of God would allow pain? What kind of God would kill a baby? What kind of God would take away a son? Is there really a God? (Many of the students invariably answer that perhaps God allowed this to happen to test their faith. I happen to believe this as well, but I pose for them another gray area: “That may be true, but tell that to a dying man in excruciating pain, or to a father who has… [continues] 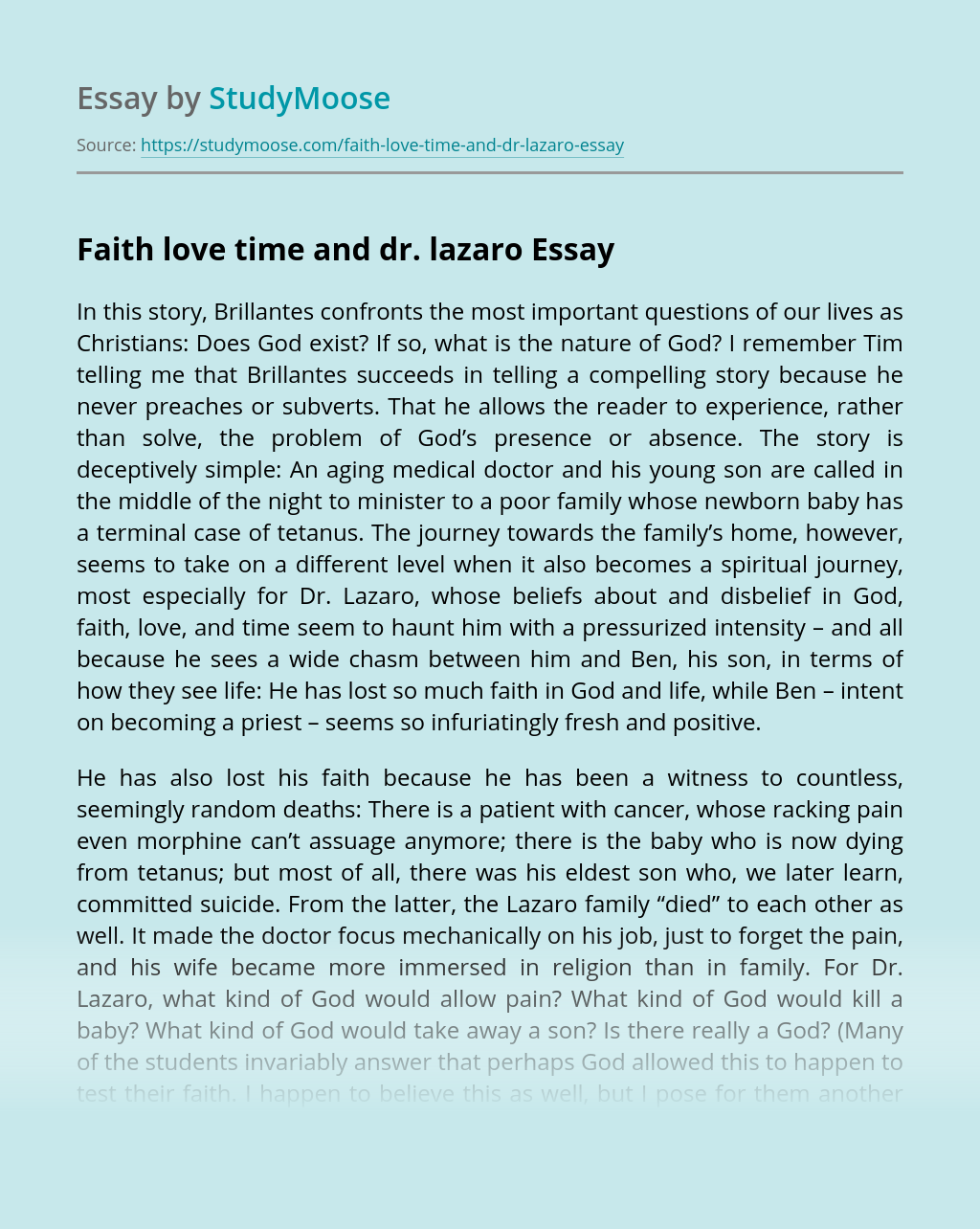