The environmental impacts on one’s behavior can often determine factors that will shape future behaviors. During critical and sensitive periods development can be greatly affected. Critical periods occur when the existence of certain types of environmental stimuli become necessary for development to continue conventionally. It is theorized that development during the critical period is easily influenced, specifically in the area of personality and social development. On the other hand, during sensitive periods the organism becomes particularly vulnerable to certain types of stimuli in their environment.

Don't use plagiarized sources. Get your custom essay on
“ Factors Influencing Growth and Development ”
Get custom paper
NEW! smart matching with writer

Unlike critical periods, the absence of stimuli in a sensitive period does not always result in immutable consequences.

Societal influences are believed to play a large role on the environmental impacts of development. The way we have been socialized or conditioned is a response to environmental stimuli. For instance, gender is something socially constructed and society places expectations on individuals according to their gender, which will determine the roles they will later fulfill in society.

Proficient in: Growth And Development

Read more: ssay explain how children and young people’s development is influenced by a range of personal factors.

In the study of forty-eight children, their mothers, and 16 college students, gender based stereotypes influenced interaction with infants which in turn socialized the infants to conform to their respective gender role.

Ratings of the female infants centered on their small size and beauty. Male infants are judged usually according to their ability and intelligence. While evidence of gender stereotyping in infant ratings are becoming less dominant after adolescence, sex stereotyping in adults’ behavior towards infants has changed little. Obviously, society shapes the gender stereotypes that both children and adults hold. (Rivera, 1996) 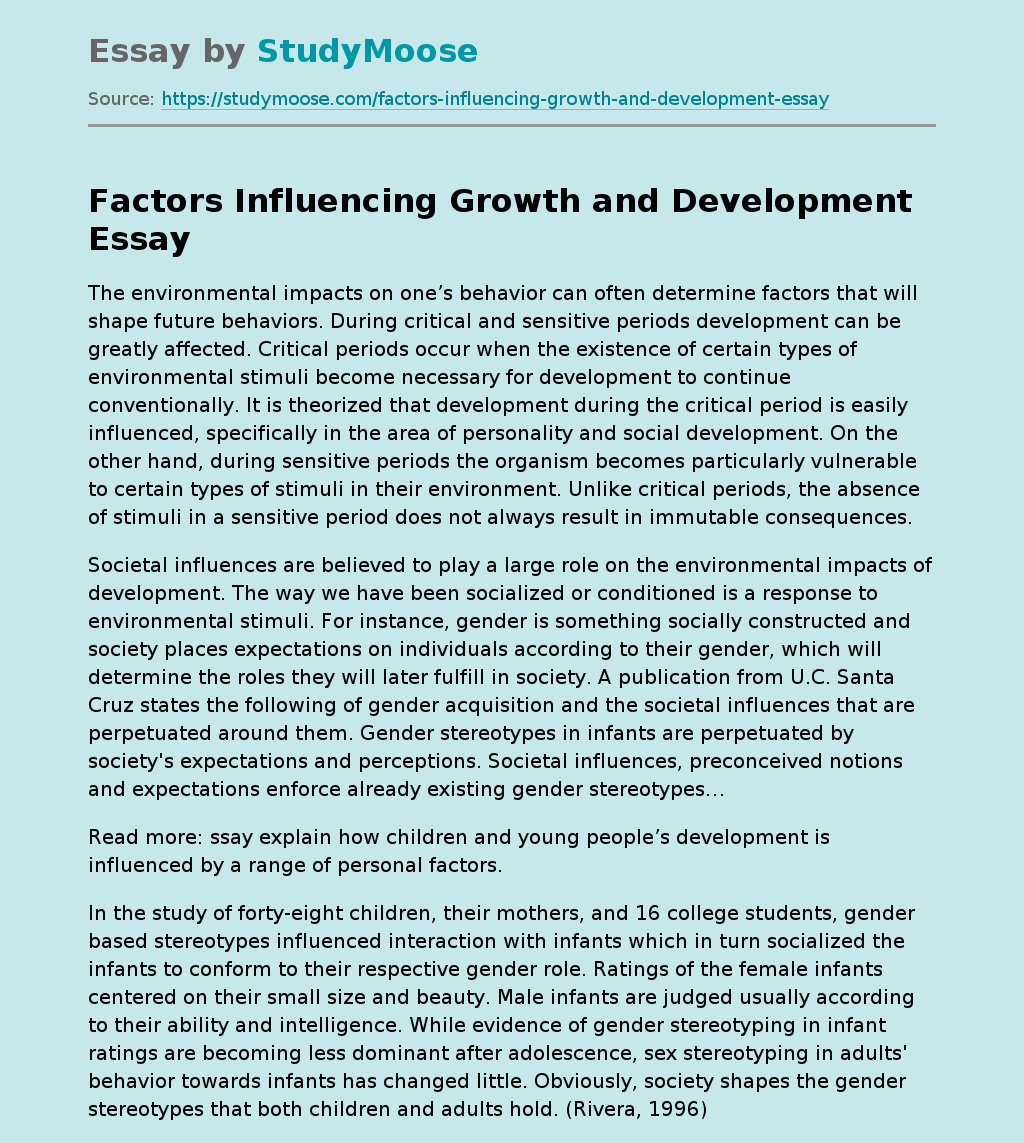