There is no doubt that war is an evil one. It is the greatest catastrophe that can befall human beings. It brings death and destruction, merciless slaughter and butchery, disease and starvation, poverty and ruin in its wake. A particularly disturbing side of modern wars is that they tend to become global so that they may engulf the entire world. But though war is an evil, we must recognize the fact that it is a necessary, inescapable evil. A glance at the past history of the world will show war has been a recurrent phenomenon in the history of nations.

Don't use plagiarized sources.
Get Your Custom Essay on Evils of War Just from $13,9/Page

We have had wars of all types wars lasting for a year or so and a war lasting for hundred years. Clashes of arms have always occurred. In a world war has ways been waged. War has indeed, been such a marked feature of every age and period. This has come to be regarded as part of The normal life of nations.

Poet and prophets have dreamt of a millennium – an utopia in which war will not exist and eternal peace will reign on earth, but these dreams have not been fulfilled.

The occurrence the Second World War however, conclusively proved that to think of an unbroken peace’s to be unrealistic and that no institution or assembly can ever ensure the presence of peace. The United Nations Organisation, with all the good work that it has seen doing, is not proving as effective as was desired. A large number of wars, The most recent ones behind the one in Vietnam, the other between India and Pakistan, or Ind-China war, Iran-Iraq war or Arab Isreal war.

The fact of the matter is that, fighting is a natural instinct in peace. It is, indeed, too much to exact so many nations to live in a state of eternal peace. Besides, there will always be wide differences of option between various nations, different angle of looking at matters that have an international importance, radical difference in policy and ideology and they cannot be settled by mere discussion so that resort to war becomes very necessary in these cases. 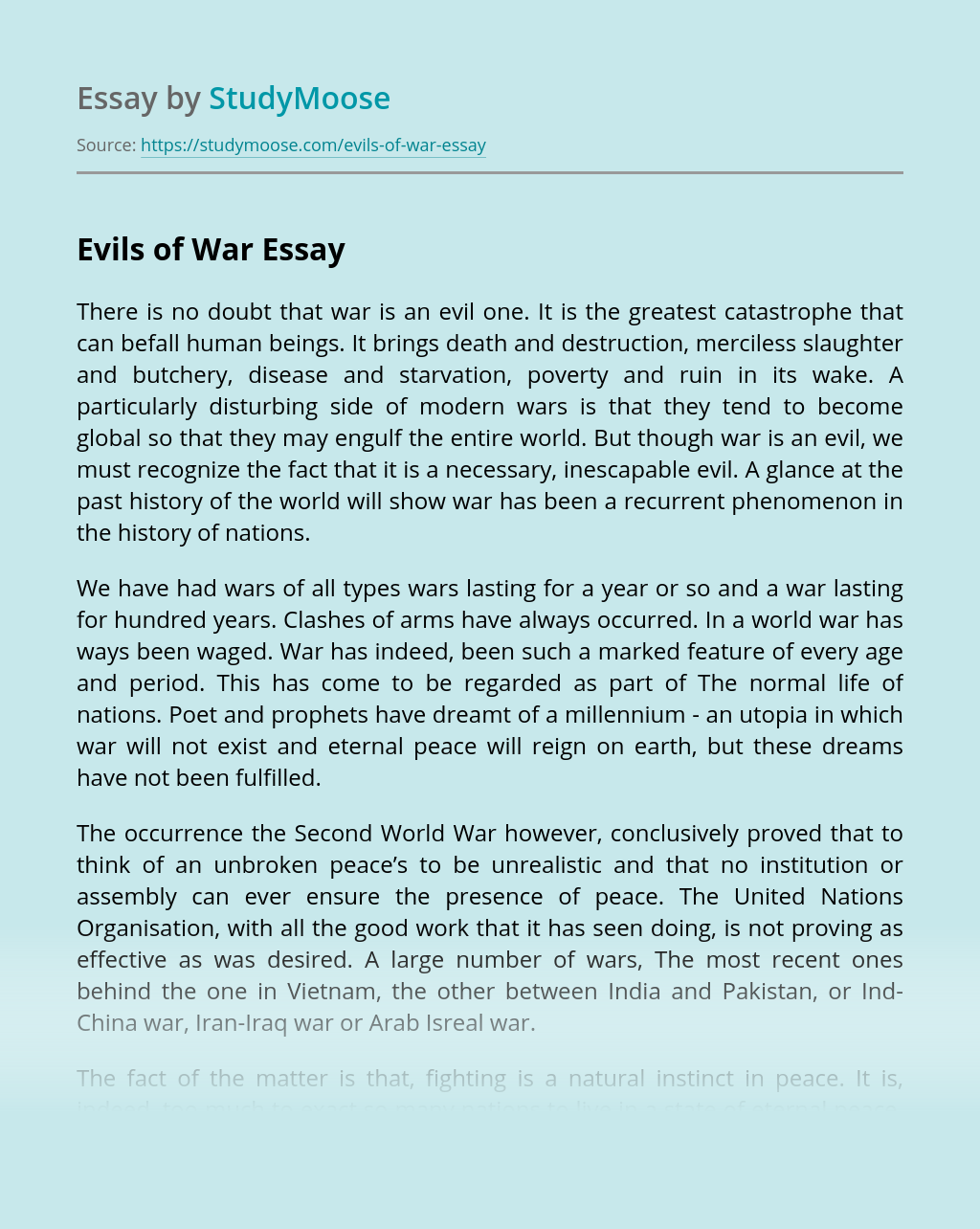