An argumentative essay discussing why prisoners are often released early and whether it is beneficial.

Why do killers, rapists, and child molesters go free? A large portion of early release prisoners commit serious crimes after being released. In fact, “in a three year follow-up of 108,850 state prisoners released in 1983 from institutions in 11 states, within three years sixty percent of violent crime offenders were re-arrested. More than half of those charged with violent crimes were discharged within two years.”(from Truth In Sentencing by James Wooton).

Don't use plagiarized sources. Get your custom essay on
“ Early Release Prisoners ”
Get custom paper
NEW! smart matching with writer

These criminals are sent right back to the streets to cause trouble again. The laws and justice system has to stick to their guns when it comes to prison terms. If some person is charged with armed robbery and sentenced to 15 years in prison, why should they be released in five years or less? We must make criminals pay for their crimes. If individuals are incarcerated for the full length of their given sentence, I believe that there will be less repeat offenders and an overall smaller crime rate.

Some say that if we cut down on prison terms we will save loads of tax money.

There will be less need to build, maintain, and expand existing staff if there are fewer prisoners. But how much more can we cut these sentences, aren’t they short enough already? The average jail sentence is seven years and eleven months, but the actual average time served is two years and eleven months. I think there are better ways to save money.

For example, we should cut back on the funding of foreign governments. We have plenty of our own problems in the United States that we need to take care of. We should take care of our own before we try to help others. The money we would save would not affect us directly either. The money the government would save would not reduce our taxes or anything like that, they would take the money and invest it in something else important, like maybe giving themselves a raise.

How can you put a price on your child’s safety? When a repeat rapist is released early and rapes your daughter or sister, how important is that saved government money going to be? There should be no tolerance for repeat offenders. I agree that everyone makes mistakes, but you must pay for those mistakes and learn from those mistakes. When criminals make the same mistakes over and over they should pay heavily for these repeat crimes. But criminals know that our justice system is soft, they know they will never serve their full sentence, if any at all. So they take that chance, they make that drug deal, they rob that store, they assault our community, and all because they know the consequences. And as for the juveniles, they have it easiest of all. The juvenile justice system is easier than the adult system. This is where we definitely need to lay down the law, because if from the beginning they know that breaking the law is no joke, they will be less likely to offend later in life. The bottom line is, money should not be the issue.

Public safety should be our main concern. Individuals must respect our laws and our society. If they can’t show this respect, they should be punished in a straight forward manner. There should be no room for bargaining here, you do the crime, you do the time, all of it. 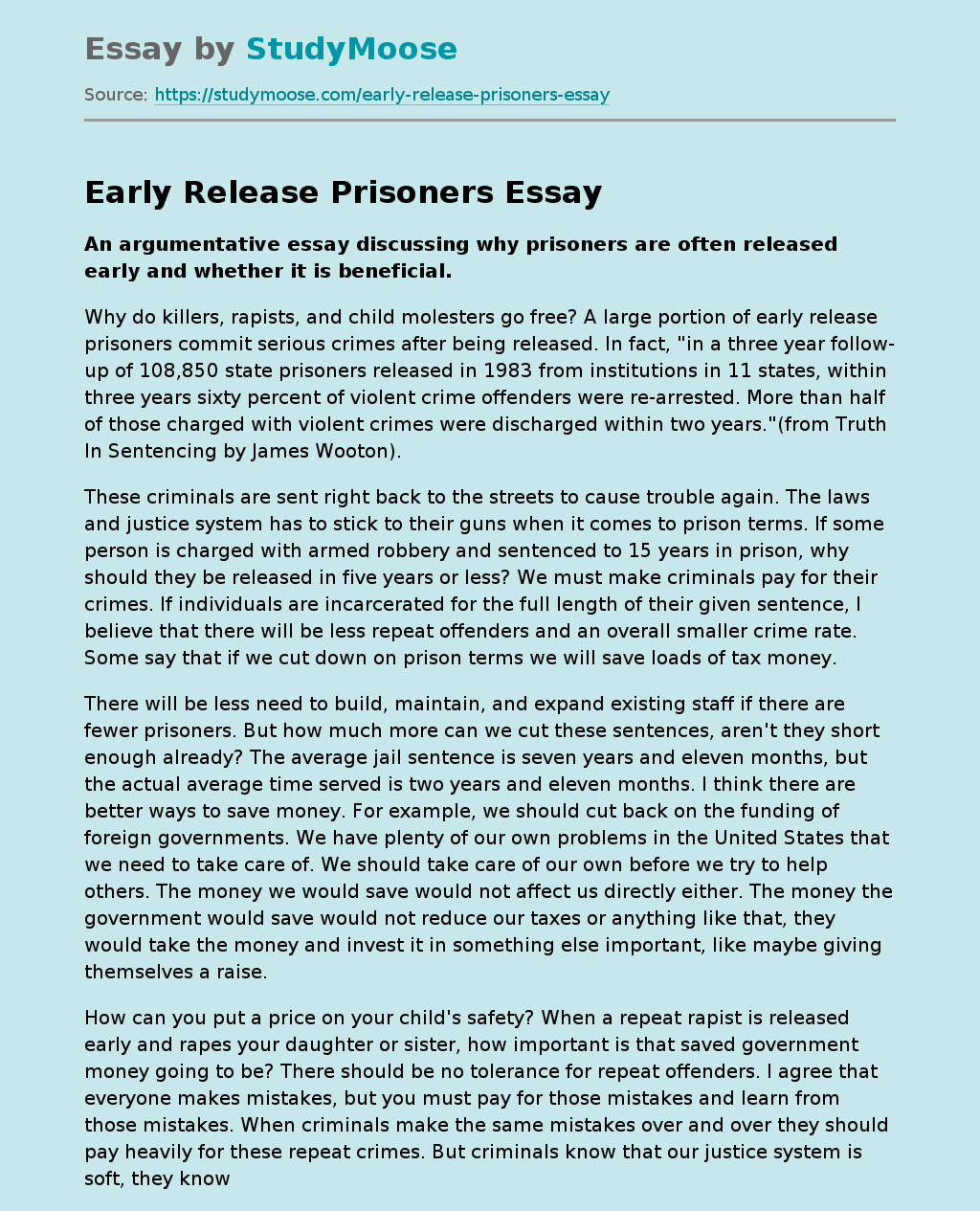