Earl Shorris was initially certain that politics was the key in overcoming poverty. However, an encounter with Viniece Walker altered his perspective. Walker convinced him that humanities were the key out of poverty, as it paved the way for entrance in the political life. In his article “On the Uses of a Liberal Education: II. As a Weapon in the Hands of the Restless Poor,” Shorris proved that Walker was right. Shorris tried to prove Walker’s theory.

He created the Clemente Course, wherein he assembled a class from the poor community and sought to educate them in the humanities (Shorris 52).

Don't use plagiarized sources. Get your custom essay on
“ Earl Shorris ”
Get custom paper
NEW! smart matching with writer

He planned the course with the belief that humanities was necessary for reflection; it allowed people to think about what was happening to them rather than simply reacting to it (Shorris 53). Throughout the article, the author adapted an informative tone; he demonstrated every step of his experiment.

Shorris explained his planning process and also narrated the development of the course.

The Clemente Course proved to be a success. Shorris discovered that Walker’s theory was right. Learning the humanities was helpful in improving the lives of the students. Indeed, liberal education is truly a weapon against poverty. 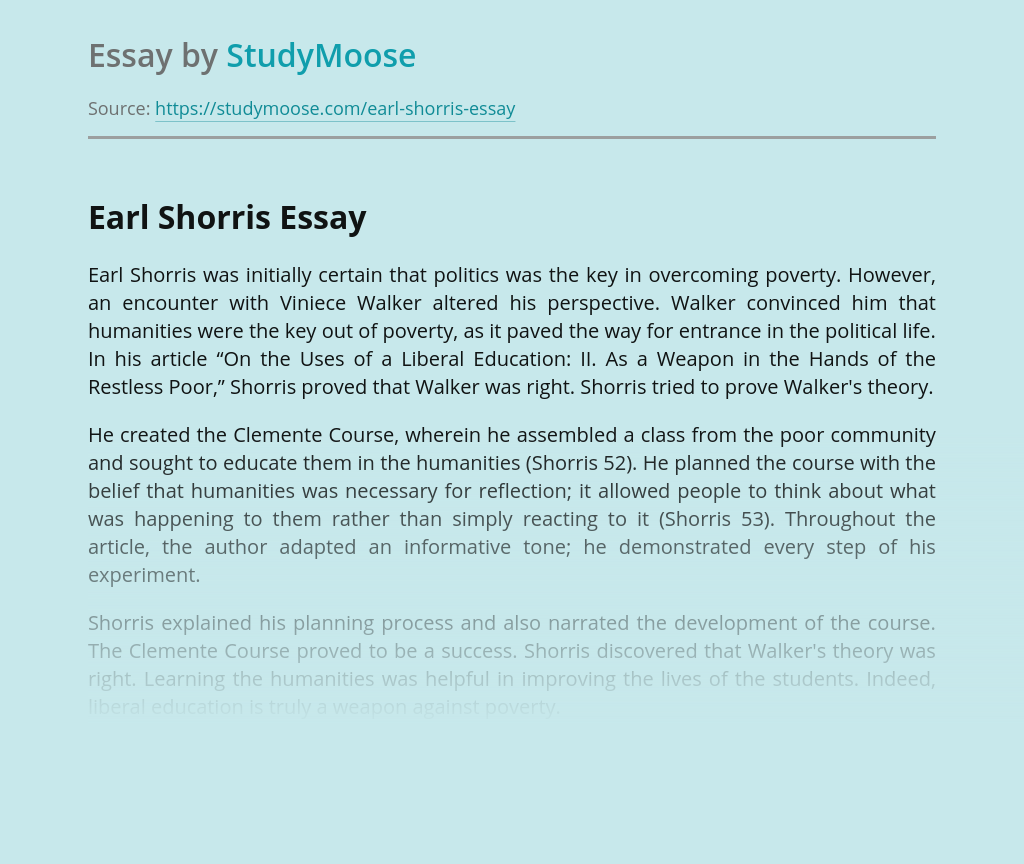