The article initially provides a brief overview about current political situation of Pakistan. Pakistan is a developing country and it is politically unstable but we live in the world where everything is possible. Democratic governments have always failed to complete their tenure which eventually results in a long lasting dictatorship reign. In Pakistani politics, there is a clear domination by few families only and these families have never produced long lasting fruitful results. The political system has been stagnant since 70′s and no drastic change has taken place.

Don't use plagiarized sources. Get your custom essay on
“ Current Political Situation of Pakistan: Overview ”
Get custom paper
NEW! smart matching with writer

The chair of head of state has been a war between the head of the army staff and a few noticeable political leaders. Who has suffered? Well, you guessed it right, the nation!

Role of Political Parties in Pakistan

Pakistani PoliticsAlmost every party represents a particular ethnic group, therefore no party has got the support in every region because the role of political parties in Pakistan is very much based upon different ethnic groups they represent. This is one of the major reasons of slow development in some specific areas as compared to others. There are a number key problems in political system of Pakistan, & the list grows on and on with every passing minute.

Pakistani politics has started to take an adverse route as the layman pursues to struggle in the rut. The current situation in Karachi and Baluchistan is worse than ever. The blame of these riots clearly is on politicians who are just manipulating different groups to get benefits for themselves. If the current political situation in Pakistan does not change, the country would keep on suffering at the hands of monarchs and waderas! The role of youth in politics seems to be missing in this scenario and needs to be looked upon if the country is to strive for betterment. One possible solution for the underlying problem is to improve the problems of education system that erodes as every day falls behind. “Words, without power, is mere philosophy” 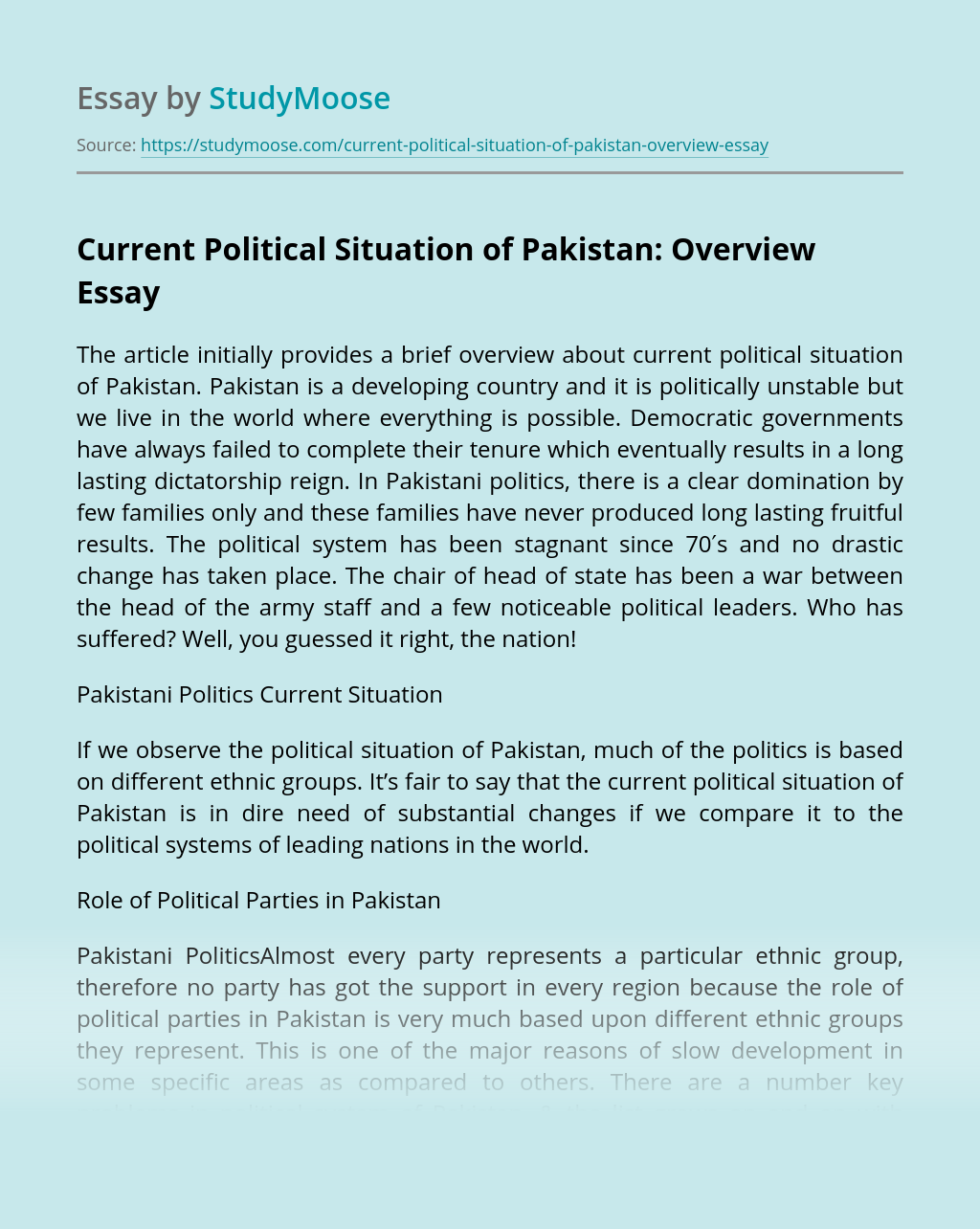