James Rachels argues against the traditional doctrine in medicine that prohibits the physician from taking any action which would contribute to the death of a patient. Rachels takes the position that in some cases, abiding by this doctrine leads to more suffering. In the situation where continued medical support would prolong suffering, doctors have the option of discontinuing support. If, according to Rachel, they choose that option on the basis of reducing suffering then they can do better with active euthanasia.

He points out the inconsistency in discontinuing medical support but not going further with active euthanasia, because he sees no moral distinction between active and passive euthanasia–they are both intentional acts to terminate a life (which is in fact murder, but more on that later). Simply letting someone die is morally the same as killing someone. When a doctor lets a patient die, the doctor is not doing nothing. In other words, contrary to how it may seem, doctors are acting by not acting.

One is acting in the choice to not do anything.

Rachels uses the example of a situation in which a doctor does not treat a patient of a life-threatening illness that is known to be treatable. By withholding treatment, the doctor is actually committing murder. It seems to me that Rachels puts doctors in a situation where they must strictly either be torturers or murderers. In choosing to prolong the patient’s life, the doctor is criticized for prolonging suffering. If it is decided that medical support should no longer be given, the doctor is immediately a murderer.

I recall the example given by Kant where he describes the duty that an individual has to go on living despite the hardships. Of course it would be better for the individual to end his/her life, but Kant explains that it is out of duty that the individual must go on–because the individual is an end to him/herself. It’s not for us to deal with life as we choose because we did not create it for ourselves. Thus we have no right to take it away from others or ourselves–only to prolong it. 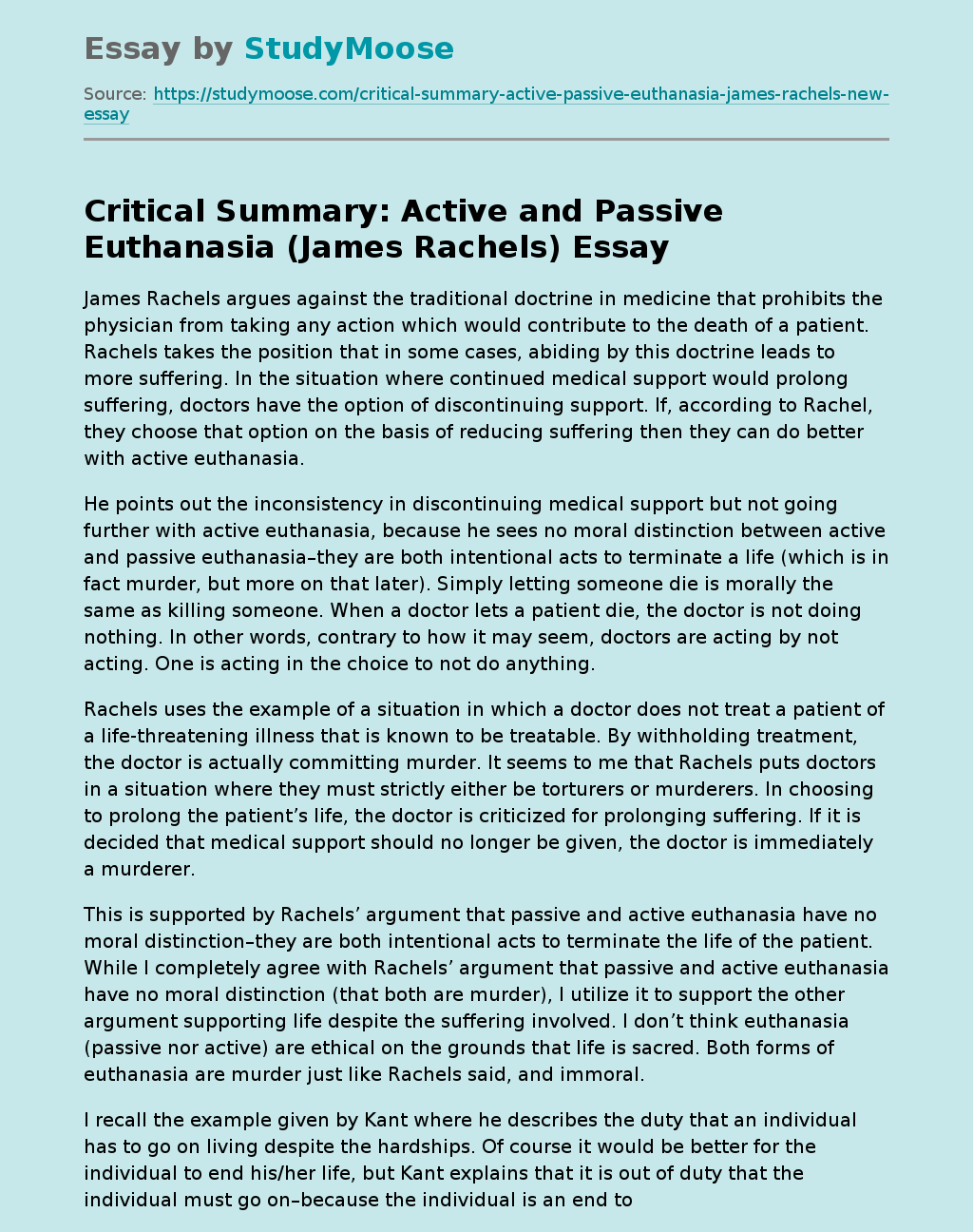