In his essay “I Just Wanna Be Average,” Mike Rose details his school life in South L. A. Now a professor of Education and Information Studies at UCLA, Rose moves through secondary school at Our Lady of Mercy on the Voc. Ed. Track, revealing why the standardized versions of this “educational system” betray the core values behind liberal, humanistic education as we understand it. As Rose wants to stress the value of all individuals, the discrepancies between their actual intellectual capacities and how the system classified and treated them, he paints his fellow students in Vocational Education in great detail.

Don't use plagiarized sources.
Get Your Custom Essay on Critical Response Paper to Mike Rose’s I Just Wanna Be Average Just from $13,9/Page

His title comes from Ken Harvey, who, among the many colorful characters and lively Americans Rose met, dropped the defining one-liner of his entire Voc. Ed. Experience: We were talking about the parable of the talents, about achievement, working hard, doing the best you can do, blah-blah-blah, when the teacher called on the restive Ken Harvey for an opinion. Ken thought about it, but just for a second, and said (with studied, minimal affect), “I just wanna be average.

Average? Who wants to be average? At the time, I thought Ken’s assertion was stupid, and I wrote him off. But his sentence has stayed with me all these years, and I think I am finally coming to understand it (Rereading America, 186). Rose goes on to attempt to clarify his understanding of this one-liner and how it fits in America’s education system. He reveals how Ken Harvey was trying to protect himself, “by taking on with a vengeance the identity implied in the vocational track” (187).

Rose himself was lucky, switching to College Prep and meeting a belated beatnik intellectual-turned-educator named Jack MacFarland, and a hard-nosed science teacher named Brother Clint. These characters brought a college preparatory curriculum to a place and students who had never seen it before. And Rose reveals how classism and racism most often prevent that from happening, wasting entire American populations in entire communities deliberately, all while demanding higher “standards” and “accountability,” when the real efforts are never made, save in name and sprinkled across the land as media headlines.

Rose’s essay reveals the multitude of challenges that students face, from struggles with family at ages that leave them ill-prepared to handle the emotional fall-out, to struggles with the emergence into a broader American world, to engaging in their own developing sexuality and its uncertain role in the context of their lives: work, and dreams, and the sense of possibilities of what life can or cannot be. I think Rose does a great job bringing this school in South Los Angeles to life. I can hear Ken Harvey, and see Jack MacFarland.

When we hear him diagnose Ken’s problem, and his response to it, he’s very believable. He describes how kids get assigned to Voc. Ed. , being defined as “slow. ” And he reveals the results: “You’ll have to shut down, have to reject intellectual stimuli or diffuse them with sarcasm, have to cultivate stupidity. ” I wonder though, what he thinks the answers are. Is it smaller classes, or teachers that care? Obviously, Brother Clint and Jack MacFarland are teachers that care, and work hard to connect with every student. But not all teachers are like that, right? 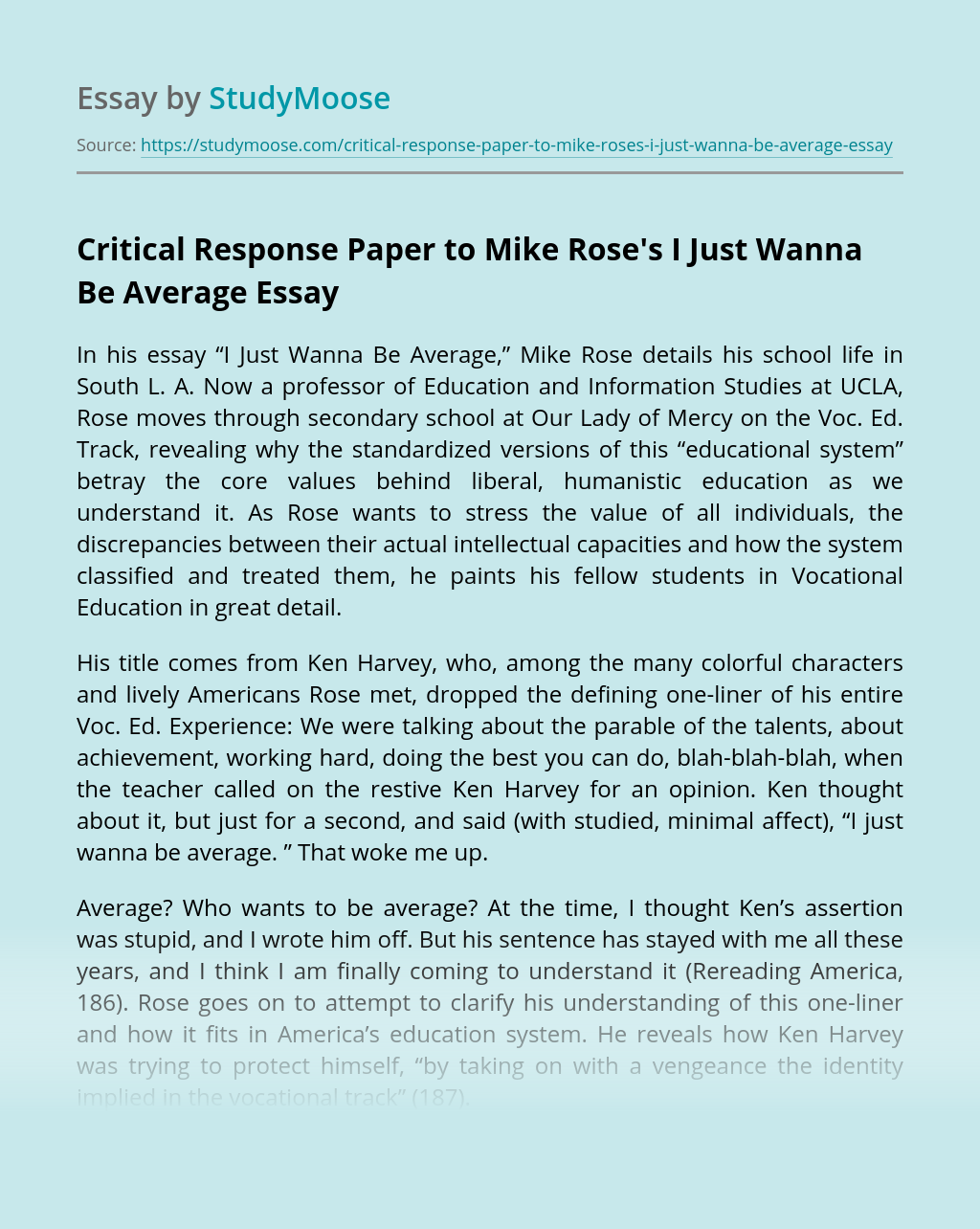 Competing in overcrowded industries is no way to sustain high performance. The real opportunity is to create blue oceans of uncontested market space. Blue Ocean Strategy by W. Chan Kim and Renee Mauborgne Included with this full-text Harvard Business Review article: 70 Article Summary The Idea in Brief—the core idea The Idea in Practice—putting the...

A kite is a tethered Aircraft. Kite flying is one of the most popular sports and festival in India. According to the Greek literature, kite-flying dates back to as old as 14th century and later came to India and other Asian countries. Kite Festival in India is popular the worldwide and celebrated with great fun...

Diaspora stands for every immigrant who has migrated to different countries across the globe in search for better fortunes. It invokes the imagery of traumas of isolation and dislocation, and this is certainly a very important aspect of the migratory experience. Unwilling acceptance by the host countries is an important component of diaspora. Uma Parameswaram...

View sample
How does Steinbeck present the character of Crooks in chapter 4?

Chapter 4 of the ‘Of Mice and Men’ novella introduces a character named Crooks. Crooks isn’t shown as a main character of the story, but is given much light in this chapter. Crooks is a black man set on a 1930’s ranch, working as a stable buck. Steinbeck presents the Character of Crooks to us...

As an active participator in sport there are individuals that have passed training and are certified in providing sports people a high level of guidance to potentially improve their performance and are most commonly referred to as coaches. A coach will interconnect many specific characteristics and personality traits that will compliment how they perform and...