Don't use plagiarized sources. Get your custom essay on
“ Criminal Behavior ”
Get custom paper
NEW! smart matching with writer

The National Center for the Analysis of Violent Crime is the U.S. law enforcements centralized information center and it was established in 1984; this is a prime example of the poor record keeping. In table 1 of Heinous Spaces, Perfidious Places, an estimated number of serial killers, from the eighteenth century to 1990, in each country is given. A majority of the countries had less than 5 “many of those only having 1” the UK skipped ahead with 39, but the USA blew all other countries out of the water with 105 serial killers. H. H. Holmes, or Herman Webster Mudgett, is the first serial killer identified in America.

H. H. Holmes was known for suffocating over 200 people, which were mostly female, in Chicago and Philadelphia in the 1880’s and 1890’s. In the academic journal Heinous Spaces, Perfidious Places, Jeffers argues, Serial killers are not driven by greed, hatred, envy, revenge, or spur-of-the-moment violence but by deeper, long-harbored compulsions. (Warf 325, 326.) The Criminal Triad Theory is a theory of criminal behavior to help understand what makes people participate in criminal behavior. Described in this theory are the three developmental processes: attachment, moral development, and identity formation. 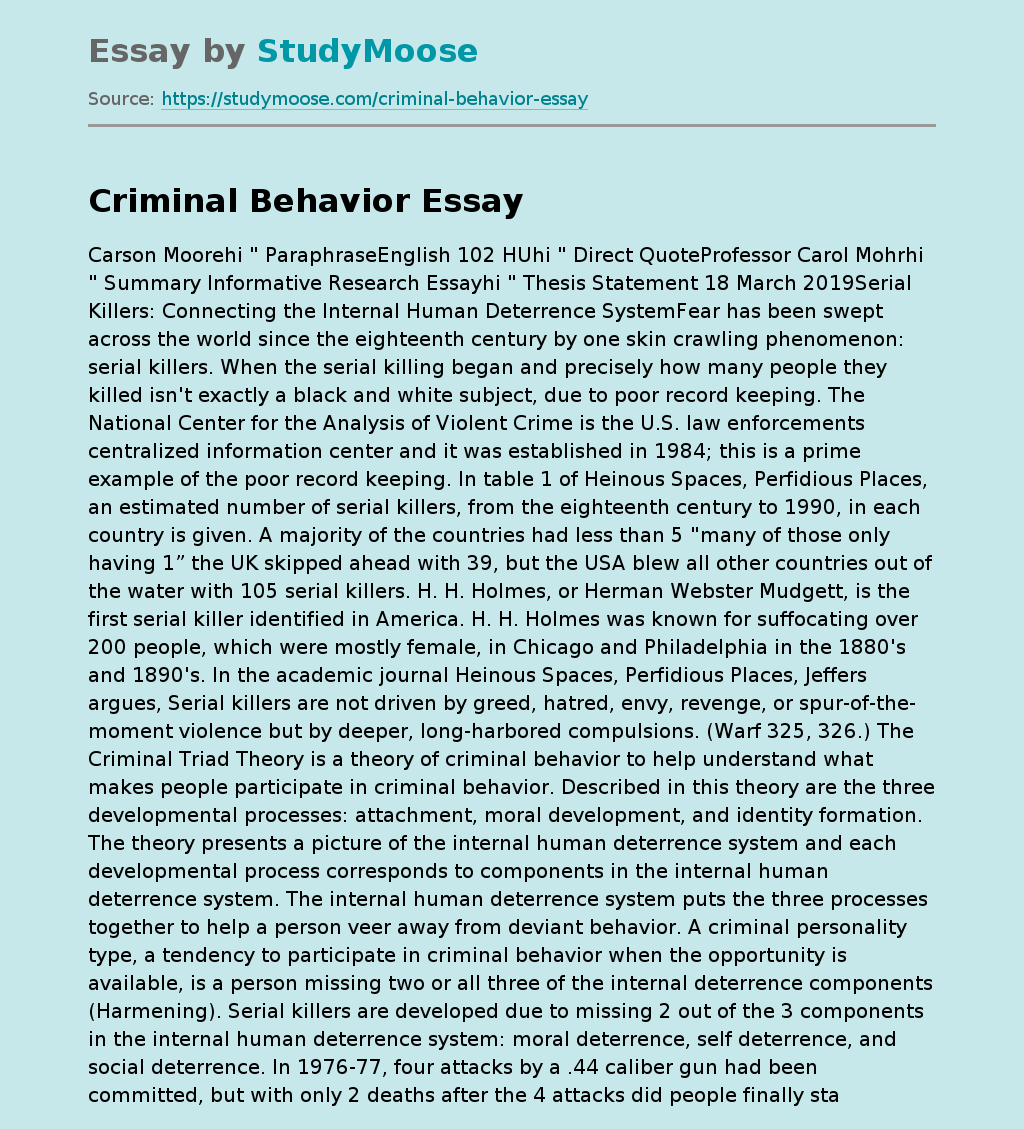