Japan, Nippon or Nihon is an island country in East Asia. It borders the Sea of Japan to the west, the Pacific Ocean to the east, and stretches from the Sea of Okhotsk in the north to the East China Sea in the south. Part of the Pacific Ring of Fire, Japan is a stratovolcano archipelago of nearly 7,000 islands and covers 375,000 square kilometres (145,000 square miles). Its five main islands, from north to south, are Hokkaido, Honshu, Shikoku, Kyushu, and Okinawa.

Don't use plagiarized sources. Get your custom essay on
“ Country Report – Japan ”
Get custom paper
NEW! smart matching with writer

Tokyo is the country’s capital and most populous city; other major cities include Osaka, Nagoya, and Fukuoka.

Japan is the eleventh most populous country in the world, as well as one of the most densely populated and urbanized. About three-fourths of the country’s terrain is mountainous, concentrating its population of 126.2 million on narrow coastal plains. The largest urban area is the Greater Tokyo Area, which is also the most populous metropolitan area in the world with more than 37 million residents.

The culture of Japan has changed greatly over the millennia, from the country’s prehistoric Jōmon Period, to its contemporary modern culture, which absorbs influences from Asia, Europe, and North America.

Japan’s indigenous culture originates primarily from the Yayoi people who settled in Japan between 1000 BCE to 300 CE. Yayoi culture quickly spread to the main island of Honshū, mixing with the native Jōmon culture. Modern Japanese have an estimated 80% Yayoi and 20% Jōmon ancestry. Japanese culture was influenced from ancient times to the Middle Ages primarily by multiple Chinese dynasties and to a lesser extent by other Asian countries.

For example, the Japanese language uses Chinese characters (kanji) for writing, but Japanese has no genetic relationship with Chinese.

A mountainous, volcanic island country, Japan has inadequate natural resources to support its growing economy and large population, and therefore exports goods in which it has a comparative advantage such as engineering-oriented, research and development-led industrial products in exchange for the import of raw materials and petroleum. Japan is among the top-three importers for agricultural products in the world next to the European Union and United States in total volume for covering of its own domestic agricultural consumption. Japan is the world’s largest single national importer of fish and fishery products. Tokyo Metropolitan Central Wholesale Market is the largest wholesale market for primary products in Japan, including the renowned Tsukiji fish market. Japanese whaling, ostensibly for research purposes, has been sued as illegal under international law.

Although many kinds of minerals were extracted throughout the country, most mineral resources had to be imported in the post-war era. Because of political decisions on local, prefectural, and national levels, Japan decided not to exploit its forest resources for economic gain. Domestic sources only supplied between 25 and 30 percent of the nation’s timber needs. Agriculture and fishing were the best-developed resources, but only through years of painstaking investment and toil.

Japan is a unitary state and constitutional monarchy in which the power of the Emperor is limited to a ceremonial role. He is defined in the Constitution as “the symbol of the state and of the unity of the people”. Executive power is instead wielded by the Prime Minister of Japan and his Cabinet, whose sovereignty is vested in the Japanese people. Naruhito is the current Emperor of Japan, having succeeded his father Akihito upon his accession to the Chrysanthemum Throne on May 1, 2019.

The National Diet Building, the seat of both houses of the National Diet Japan’s legislative organ is the National Diet, a bicameral parliament. It consists of a lower House of Representatives with 465 seats, elected by popular vote every four years or when dissolved, and an upper House of Councillors with 245 seats, whose popularly elected members to serve six-year terms. There is universal suffrage for adults over 18 years of age, with a secret ballot for all elected offices. The Diet is currently dominated by the conservative Liberal Democratic Party (LDP), which has enjoyed near-continuous electoral success since 1955. The Prime Minister is the head of government and is appointed by the Emperor after being designated from among the members of the Diet. As the head of the Cabinet, the Prime Minister has the power to appoint and dismiss Ministers of State. Following the LDP victory in the 2012 general election, Shinzō Abe replaced Yoshihiko Noda as the Prime Minister.

Historically influenced by Chinese law, the Japanese legal system developed independently during the Edo period through texts such as Kujikata Osadamegaki. However, since the late 19th century, the judicial system has been largely based on the civil law of Europe, notably Germany. In 1896, Japan established a civil code based on the German Bürgerliches Gesetzbuch, which remains in effect with post–World War II modifications. The Constitution of Japan, adopted in 1947, is the oldest unamended constitution in the world. Statutory law originates in the legislature, and the Constitution requires that the Emperor promulgate legislation passed by the Diet without giving him the power to oppose the legislation. The main body of Japanese statutory law is called the Six Codes. Japan’s court system is divided into four basic tiers: the Supreme Court and the three levels of lower courts. Japan is divided into 47 prefectures, each overseen by an elected governor, legislature, and administrative bureaucracy. Each prefecture is further divided into cities, towns and villages. 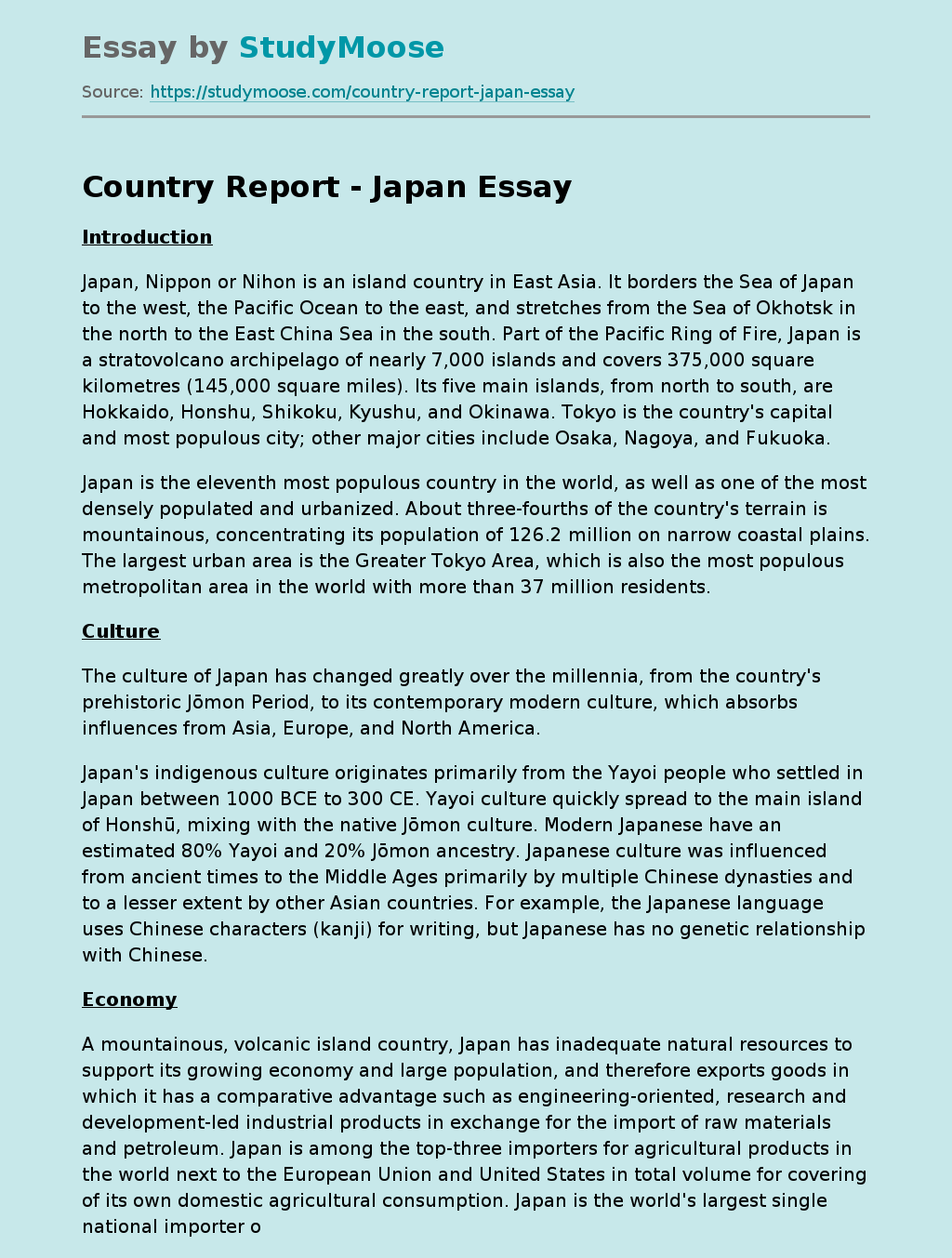