Concussions are becoming more prominent in the world of football. It is increasingly common nowadays to hear about professional football players missing time due to concussions. Is it a coincidence that recently the media has picked up on the severity of concussion-related injuries due to football or has the NFL kept it quiet for so many years? It was not until the mid 1990s when the NFL took action on Mild Traumatic Brain Injuries (MTBI). The league started in the 1920s, so why was there no action being taken for the first 74-years the NFL was in existence? Over time, the media has brought the attention of concussions out into the open through articles, documentaries, and interviews.

Don't use plagiarized sources. Get your custom essay on
“ Concussions are becoming more prominent in the world of football It is ”
Get custom paper
NEW! smart matching with writer

As a result of this attention, the NFL has begun to think twice about the way they deal with concussions. Many people do not know the severity of concussions and tend to believe its nothing too serious, and it will go away in a week or so.

But that is not the case. Concussions are a brain injury and they need to be taken a lot more serious as it can lead to long-term brain diseases. I know from personal experience when you have a concussion people will treat you like there is nothing wrong. They will just brush you off as they do not realize that you are struggling since they do not see anything physically broken or injured. Since the media has acquired information about concussions and the long-term effects, they are bringing it forward to the public.

Concussions are becoming more prominent in the world of football It is. (2019, Aug 20). Retrieved from http://studymoose.com/concussions-are-becoming-more-prominent-in-the-world-of-football-it-is-essay 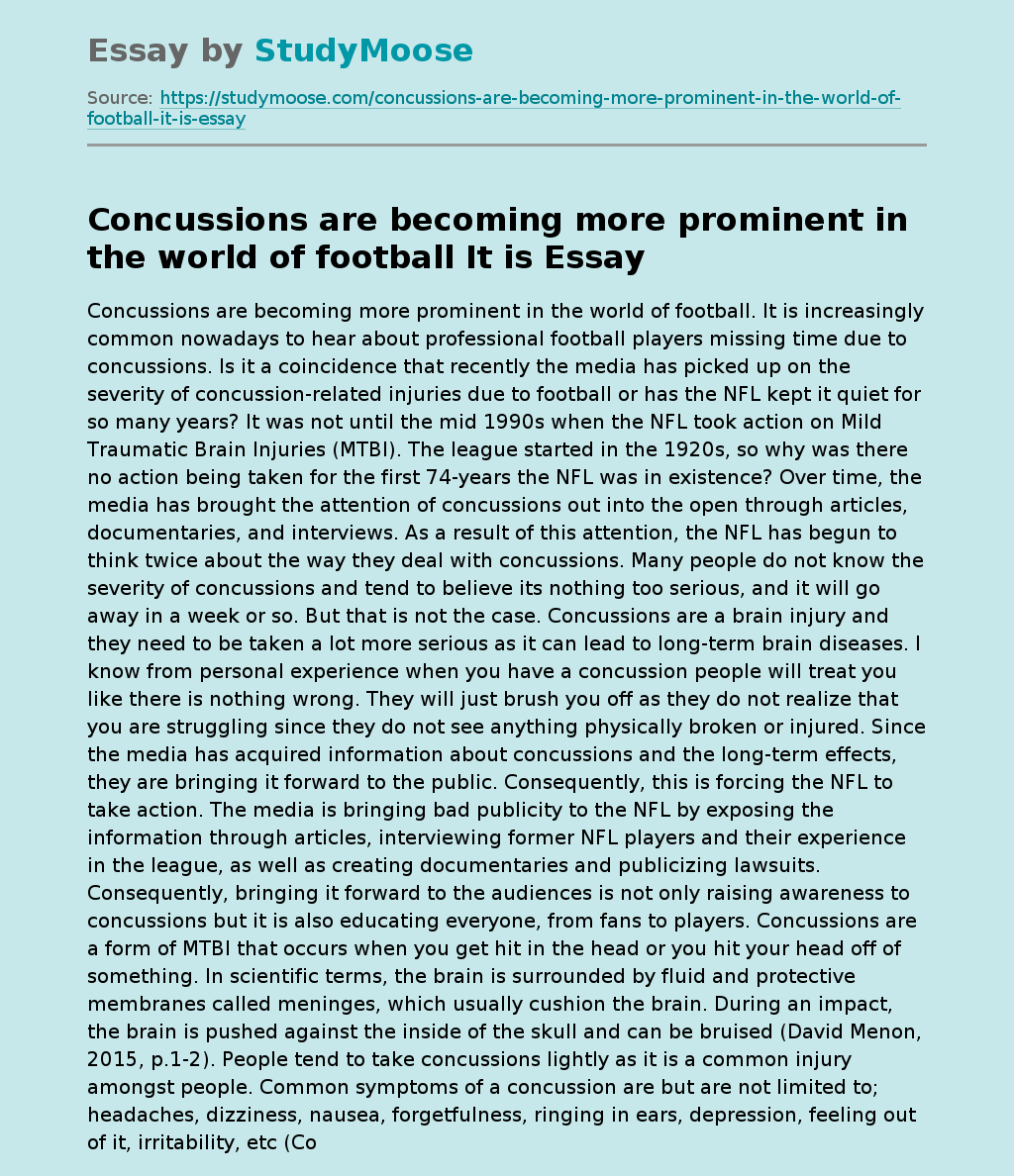