Compare and Contrast the New England, Middle, and Southern Colonies

Once established, the thirteen British colonies could be divided into three geographic areas: New England, Middle, and Southern. Each of these had specific developments that were unique to the regions. Though there were many similarities in the development of the New England, Middle and Southern Colonies, they were very different: politically, socially, and economically. The three colonies all had comparable similarities, as they were all democratic.

But they ran their democratic governmentin all different types of ways. For instance, the Middle Colonies had their government and church seperated.

Don't use plagiarized sources. Get your custom essay on
“ Compare and Contrast the New England, Middle, and Southern Colonies ”
Get custom paper
NEW! smart matching with writer

Even though the three colonies were all self-ruled, they all had distinguishing (recognize or treat someone or something as different) features.

Although a majority of the colonists were from England, socially the three groups of colonies developed differently. The New England Colonies supported each other to create a one-class system: middle class. The Middle Colonies had a two-class system which consisted of upper class landowners and middle class professionals living in large cities.

The Southern Colonies had a strict three class system: upper class wealthy plantation owners, lower class poor whites and a population of Negroes which were not considered a class at all. Each of the three segments of the British American Colonies had their own social order.

The American Colonies vastly (to an exceedingly great extent or degree) differed due to the geography of the three regions. 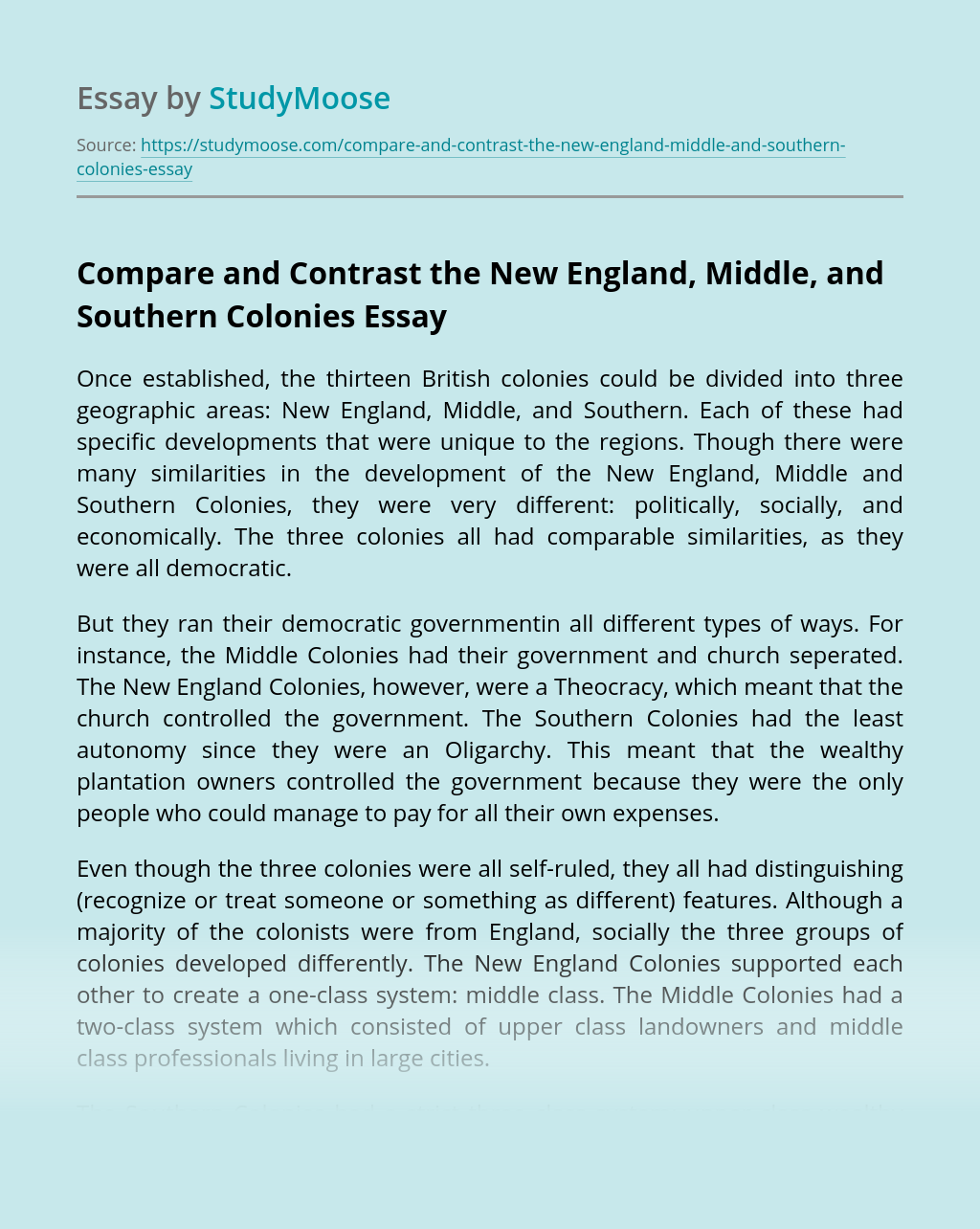