Differences Between the Neolithic and Paleolithic Era

In the Paleolithic Era humans lived in a nomadic lifestyle with a few people living in a cave.

Don't use plagiarized sources.
Get Your Custom Essay on Compare and Contrast Neolithic and Paleolithic Era Just from $13,9/Page

They relied on hunting, fishing, and gathering wild fruits. During the Neolithic Era humans discovered agriculture which gave them the opportunity to settle in one specific area. The humans had it lucky because they were able to settle in fertile areas which were good for growing various amounts of crops like rice.

Similarities Between Neolithic and Paleolithic Era

One similarity between the Neolithic and Paleolithic Era was the clothing humans wore. The clothing they wore was animal skins.

The tools in both Eras used were similar, but different at the same time. During both Neolithic Era and Paleolithic Era the humans used stone. In the Neolithic era tools were better because a lot more tools were invented.

Despite the similarities and differences of Paleolithic Era and Neolithic Era they both eventually led  to our everyday life because if it was not for the Old Stone Age there would not have had a New Stone Age.

Compare and Contrast Neolithic and Paleolithic Era. (2016, May 08). Retrieved from https://studymoose.com/compare-and-contrast-neolithic-and-paleolithic-essay 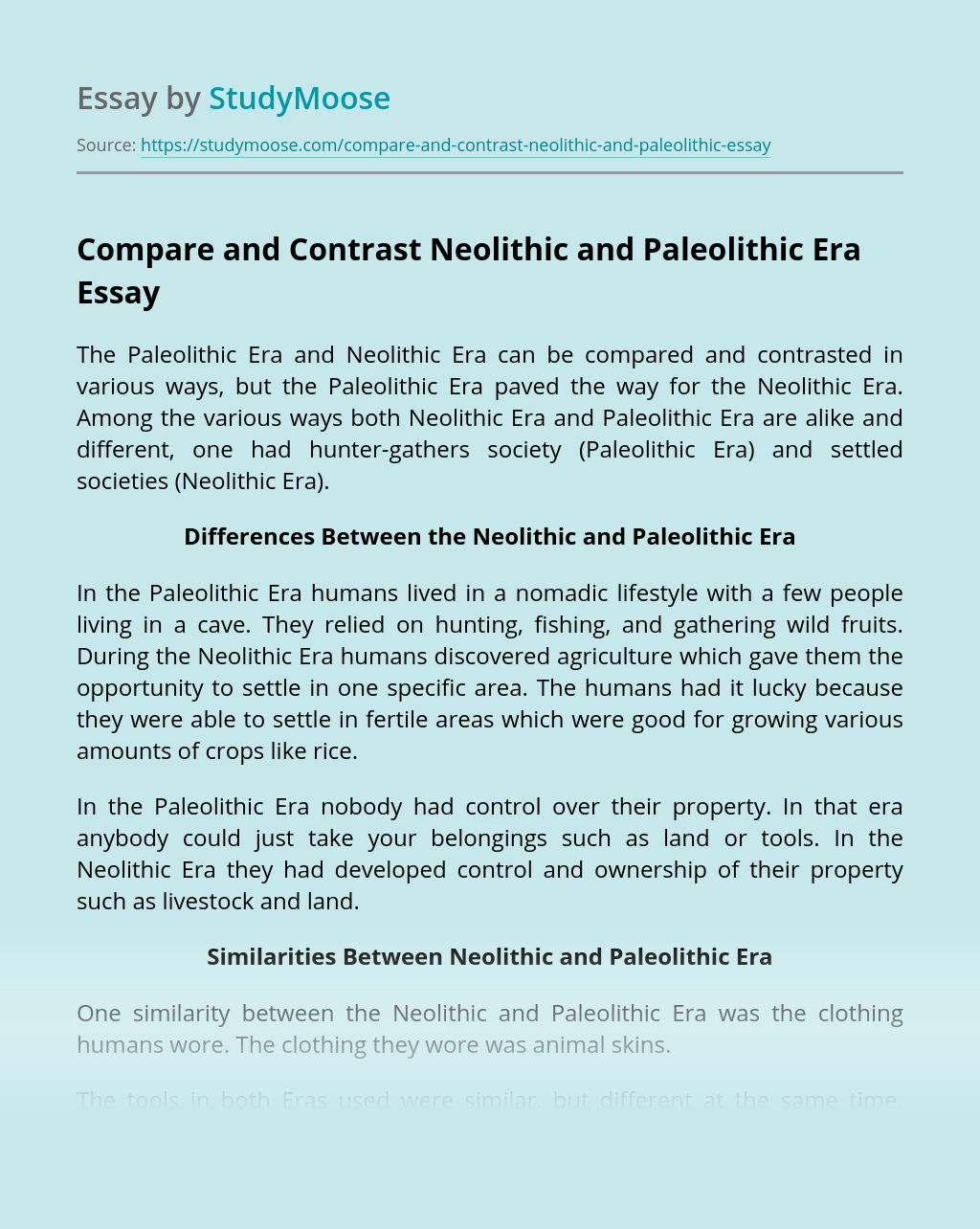