The men and women had equally important jobs in their groups or tribes, for this, they were able to survive. In the Neolithic times, women had a much lesser role, and less of a say when it came to leadership.

This particular law in The Code of Hammurabi showcases the inequality of genders in Neolithic times “110. If a sister of god open a tavern, or enter a tavern to drink,then shall this woman be burned to death” Such a small act of disobedience by a woman in the Neolithic era left a big punishment. 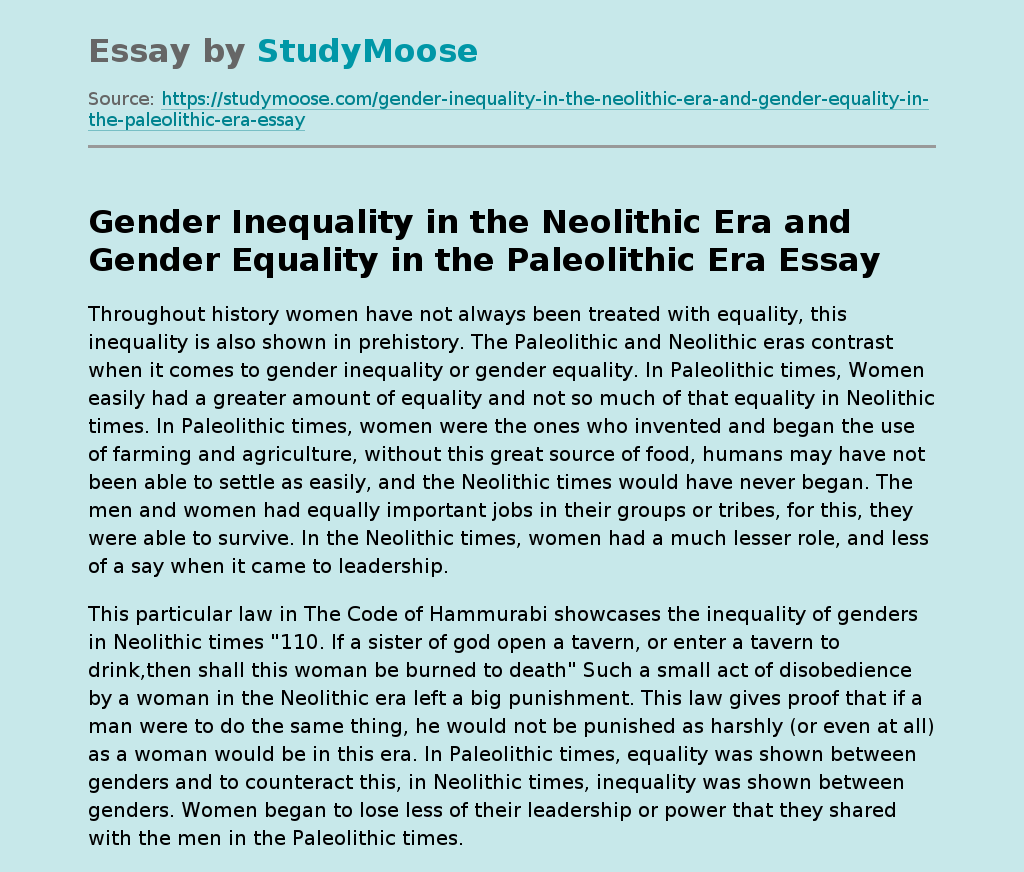