Beard thought that the constitution was just a document written by the rich, whose only motive was protecting their wealth and property. Beard said that these rich men included landholders, creditors, merchants, public bondholders, and wealthy lawyers. He was able to show that many of the men at the Constitutional Conventions fell into one of those categories. He said that the reason the framers wanted to protect against majority rule, was so the majority could not overthrow the few rich men and take over.

Turn in your highest-quality paper
Get a qualified writer to help you with
“ Charles Beard – Framing the Constitution ”
Get high-quality paper
NEW! AI matching with writer

He then compared this to a small group of creditors protecting themselves against the masses that owed them money. This is also why the constitution had clauses limiting the states control over money lending and circulation. The framers left these powers with the Federal Government, of which they were supposedly in control of. Beard felt these elite men were conspiring to take even more power from the common man to better themselves.

I do not really agree with Beard.

It seems like the framers really did do a good job at protecting the rights of average citizens. Especially considering how long the constitution has lasted and how much changed in regard to everyday life has since then. They did an incredible job at making the constitution a long lasting and effective document. Beard was the opposite of Roche. I think that they wrote these documents as a debate, and that Roche most likely won. There is more evidence to support his theories, especially since we can see how well the constitution has worked since its creation. 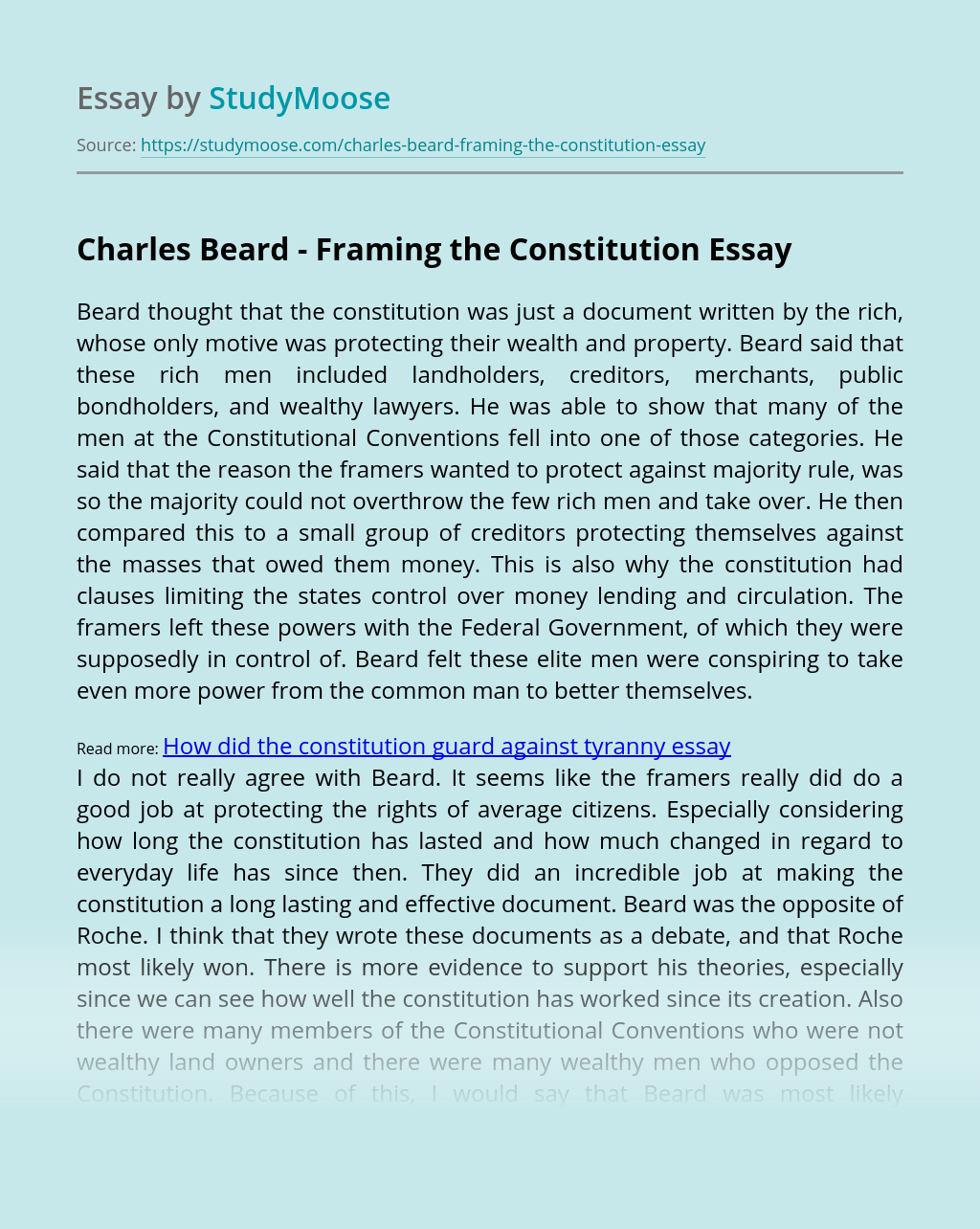 Turn in your highest-quality paper
Get a qualified writer to help you with
“ Charles Beard – Framing the Constitution ”
Get high-quality paper
Helping students since 2015
Stay Safe, Stay Original