The state of Texas has had six constitutions.

Don't use plagiarized sources. Get your custom essay on
“ Texas Constitution vs US Constitution ”
Get custom paper
NEW! smart matching with writer

The constitution that took effect on February 15, 1876 is the one that is still currently used today. The Texas Constitution is the second longest constitution in the United States, and one of the oldest still in effect. Since the constitution has been adopted it has been amended 439 times and consists of seventeen amendments. This constitution replaced the current constitution of 1869 and was meant to decentralize the state of Texas.

They wanted all officials elected for shorter terms and lower salaries, abolition of voter registration, local control of schools, severely limited powers for both the legislature and the governor, low taxation and state expenditures, strict control over corporations, and land subsidies for railroads.

The government had now been split up into three branches; the executive branch, the legislative branch and the judicial branch. The Texas Constitution began with a Bill of Rights. This is another thing that I like about it because unlike the U. S. Constitution it puts the rights of the people first.

The Bill of Rights declared that Texas was a free and independent state, subject only to the Constitution of the United States, that all free men have equal rights, and that the writ of habeas corpus could not be suspended or unduly delayed.

It forbid religious tests for office, unreasonable searches, and imprisonment for debt. It also guaranteed liberty of speech and press, the right of the accused to obtain bail and to be tried by a jury, and the right of citizens to keep and bear arms.

Many people will argue that the Texas Constitution is too lengthy and has too much detail to it. Well maybe it is lengthy, maybe it does have a little too much detail on certain rules and regulations but its lasted this long and nobody has yet to successfully change it so there must be something right about it. Several changes have been made to it though seeing how many changes in technology have advanced the way we live. The original Texas Constitution was based around a farm economy and was meant for and to protect the rights of the rural citizens seeing how that was what Texas was known for in that time. 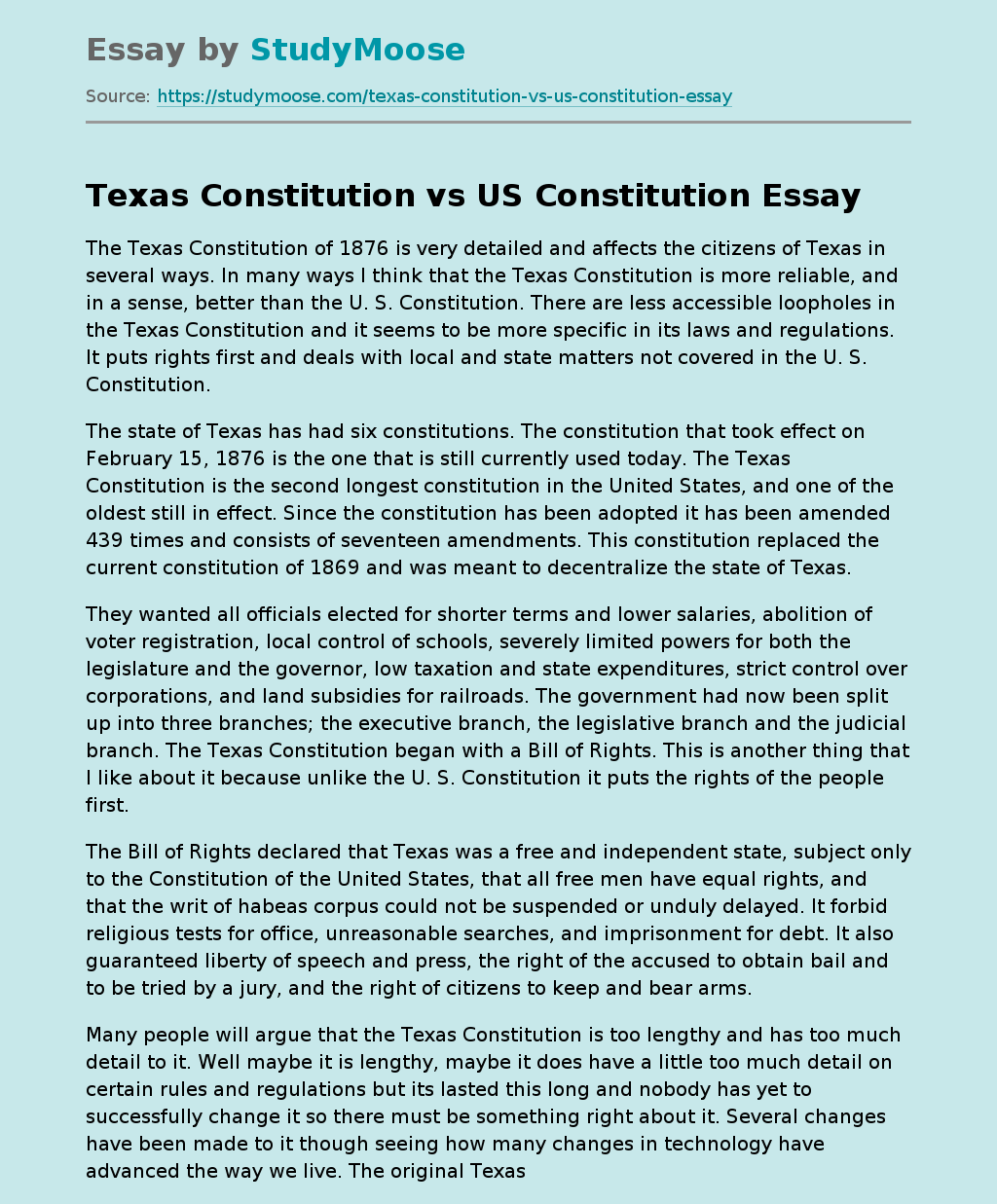