Characterization and evaluation add value to the collected and introduced germplasm; also increase its utilization in crop improvement. Germplasms are the most valuable and essential raw materials in meeting the current and future needs of crop improvement programs. Sweet potato has a very high genetic variability and thousands of accessions of sweet potato exist in germplasm collections at the International Center for Sweet potato. More than 8,000 accessions, cultivars and breeding lines of sweet potato (2n = 6 — = 90), and nearly 26,000 accessions of other Ipomoea species are maintained in 83 gene banks world-wide (Kuo, 1991, Rao et al.

Don't use plagiarized sources. Get your custom essay on
“ Characterization and evaluation add value to the collected and introduced germplasm also ”
Get custom paper
NEW! smart matching with writer

, 2010) used 40 morphological descriptors in characterization of 1,303 accessions collected from 21 districts in Uganda. (Improvement work in sweet potato can be limited by a lack of knowledge of available genetic diversity (Tairo et al., 2008). Therefore, comprehensive information concerning locally available sweet potato germplasm is of vital importance for the advancement of current cultivars.In Guyana, extensive work has been done on characterization of sweet potato during the 1990s; however, the major sweet potato germplasm has been lost at the main agriculture research institute. Information available in the sweet potato base does not make identification of local accessions simple with the lack of photographs for most of the accessions.

Characterization and evaluation add value to the collected and introduced germplasm also. (2019, Aug 20). Retrieved from http://studymoose.com/characterization-and-evaluation-add-value-to-the-collected-and-introduced-germplasm-also-essay 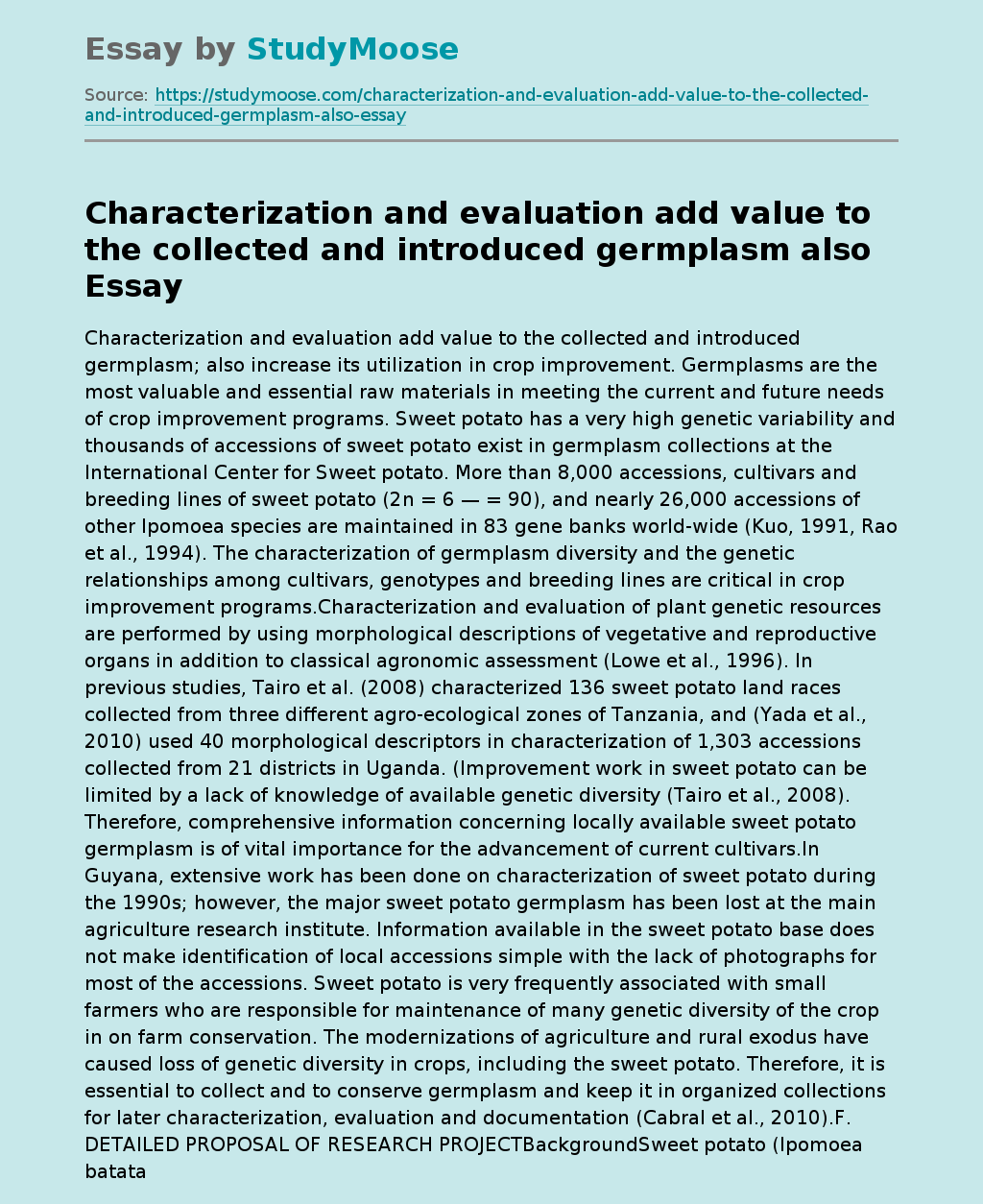