Flat characters: They have one-dimensional personalities. They represent or portray one particular characteristic. They are a type, e.

Don't use plagiarized sources. Get your custom essay on
“ Characterization and Character Types ”
Get custom paper
NEW! smart matching with writer

g. the jealous lover, the fool or the grumpy, old man. They are often, but not always, minor characters.

Dynamic characters: They change as a result of their experiences.

Static characters: They do not learn from their experiences, and, thus, remain unchanged.

How does the author convey character? 1. Telling: The narrator tells how the character is, feels, thinks, etc. 2. Showing: The character reveals his or her personality through what the character says and does. 3. Setting: The author might use the setting (time and place) to say something about the character, e.

Questions to ask when analysing characters: 1. Is the character a main, major or minor character? 2. 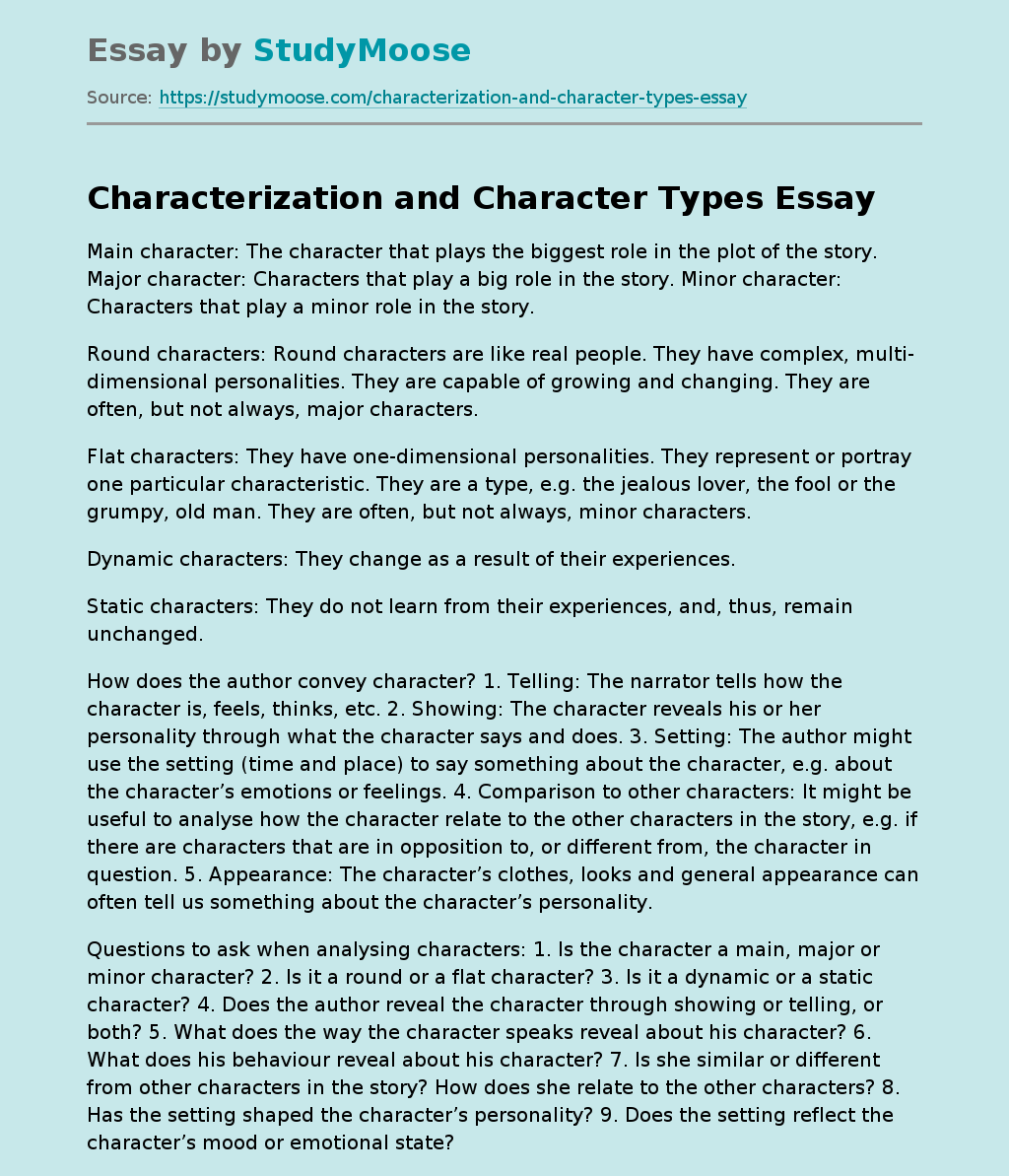