Attending college is worth it

Attending college is worth it. Students who a college education and graduate have many more life changing opportunities than those who don ‘t; the debates of studying after high school has been ongoing for countless years, but statistics have proven that majority to all students who go to college achieve more life goals than the average high school graduate. They receive better work benefits, life skills, higher paying salaries, etc. There is a downside to everything in life such as debt is to college education.

Don't use plagiarized sources. Get your custom essay on
“ Attending college is worth it ”
Get custom paper
NEW! smart matching with writer

However, the price students pay is insufficient compared to what the benefits they receive after graduating from college.College graduates earn more money than high school graduates. The average annual income for someone without a college education was around $40,000 in 2010, but someone with the college education made twice or even higher that income even today. A student studying for around two years, an associate ‘s degree, made higher in a lifetime than the student with only the high school diplomas.

The greatest advantage to have to order to receive a higher salary a high school graduate is to obtain some sort of a college degree.Just as universities are competitive with whom they choose to study on their campus, abundant jobs have become competitive with whom they hire to work for them. Universities will offer a greater amount of scholarships to high school students who have displayed earnest work and discipline. Acceptable paying jobs have some requisites as well. They will pay extra to the workers who have worked exhaustively to earn it just as how the university offered more aid to the students who worked intensely; most people are accepted into college just as some land a job, but the ones who receive more money are the ones who worked years for it.

Attending college is worth it. (2019, Aug 20). Retrieved from https://studymoose.com/attending-college-is-worth-it-essay 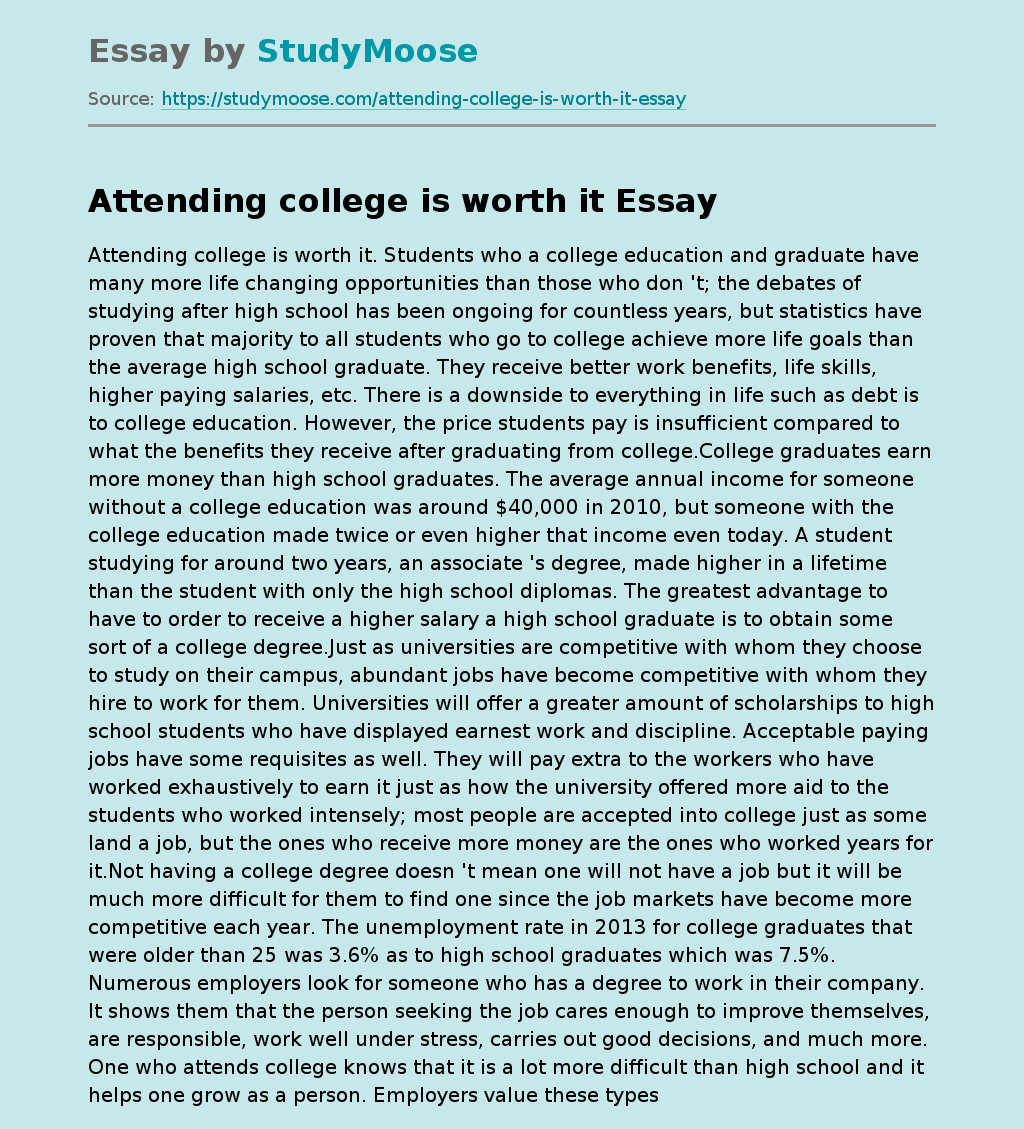