The Mauryan Empire was perhaps the largest empire ever to dominate the Indian subcontinent. Administration of Mauryan dynasty emote a stupendous instance, in which the top order established solemn groundwork for their descendants.Chandragupta Maurya, the founder king of the Mauryan Dynasty, represents the quintessence of the Mauryan kings, who materialised the very idea of political unification of India.

Among the more significant changes which had taken place by the middle of the first millennium B.

C. was the development of towns and urban culture. The coming of Aryan culture based on pastoralism and agrarian village communities. It resulted in the entire process of development from village cultures to urban cultures being re-experienced in northern India. Towns evolved from trade centres and craft villages, and consequently the dominant institution of urban life was the guild.

Land revenue had been recognised as a major source of state income before the Mauryas.

The proverbial wealth of the Nandas was doubtless due to their efficient collection of revenue from the fertile middle Ganga plain. ideology, motivation, goals:

Ashoka’s military power was so strong that he was able to crush those empires that went to war against him. Ashoka also planted trees in his empire and his neighboring countries. Ashoka was perhaps the first emperor in human history to ban slavery, hunting, fishing and deforestation.

Ashoka also banned the death sentence and asked the same for the neighboring countries. Ashoka commanded his people to serve the orders of their elders parents and religious monks. Ashoka also recommended his people study and respect all religions. According to Ashoka, to harm another’s religion is a harm to one’s own religion. Ashoka asked people to live with harmony, peace, love and tolerance. Ashoka called his people as his children, and they could call him when they need him. He also asked people to save money and not to spend for immoral causes.

After his death the dynasty fell, creating a new dynasty in India. long term effects:

Ashoka influence the spread of Buddhism thought India. Until today most of the Indian population still is Buddhists. 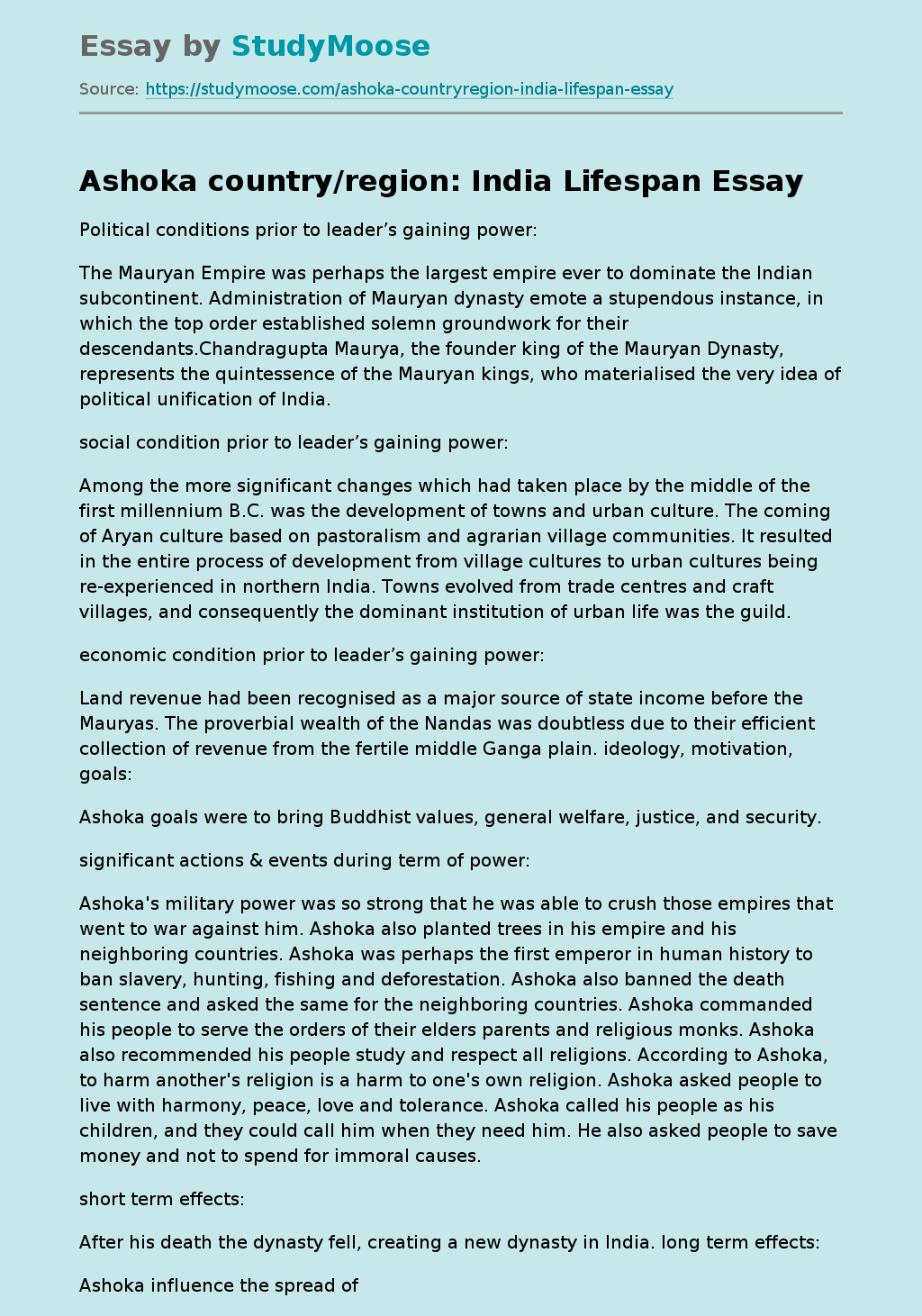