As the living quality has been continuously improved in recent years,together with the widely spread sense of keeping fit,fitness clubs are becoming more and more popular in Australia.Among all those fitness companies,the Anytime Fitness and the Jetts are the most rapidly growing ones ,which both offer the 24/7 access to all clubs they own. I’ll compare the model of these two company using SWOT analysis.

The 2115 clubs around the world make it the biggest fitness chain in the world.In year 2008,Justin McDonell and Jacinta McDonell-Jimenez open the first Anytime Fitness club in Australia.The next 6 years witnesses the rapid expansion of the Anytime Fitness with 344 clubs.

On the contrary,as can be seen from the website Jetts Fitness Australia(2014),the Jetts is a local fitness company which started in 2007 in the Gold Coast by the couple Brendon and Cristy Levenson.

Soon,the expansion to the whole country and the New Zealand makes the Jetts a fitness company with over 200 clubs.

In summary,although the Anytime Fitness has advantages in many aspects,I still consider the model of the Jetts is better as it makes customers feel satisfied,which is much more important than other elements in this customer-oriented age.

Anytime Fitness and the Jetts SWOT Analysis. (2016, May 08). Retrieved from http://studymoose.com/anytime-fitness-and-the-jetts-swot-analysis-essay 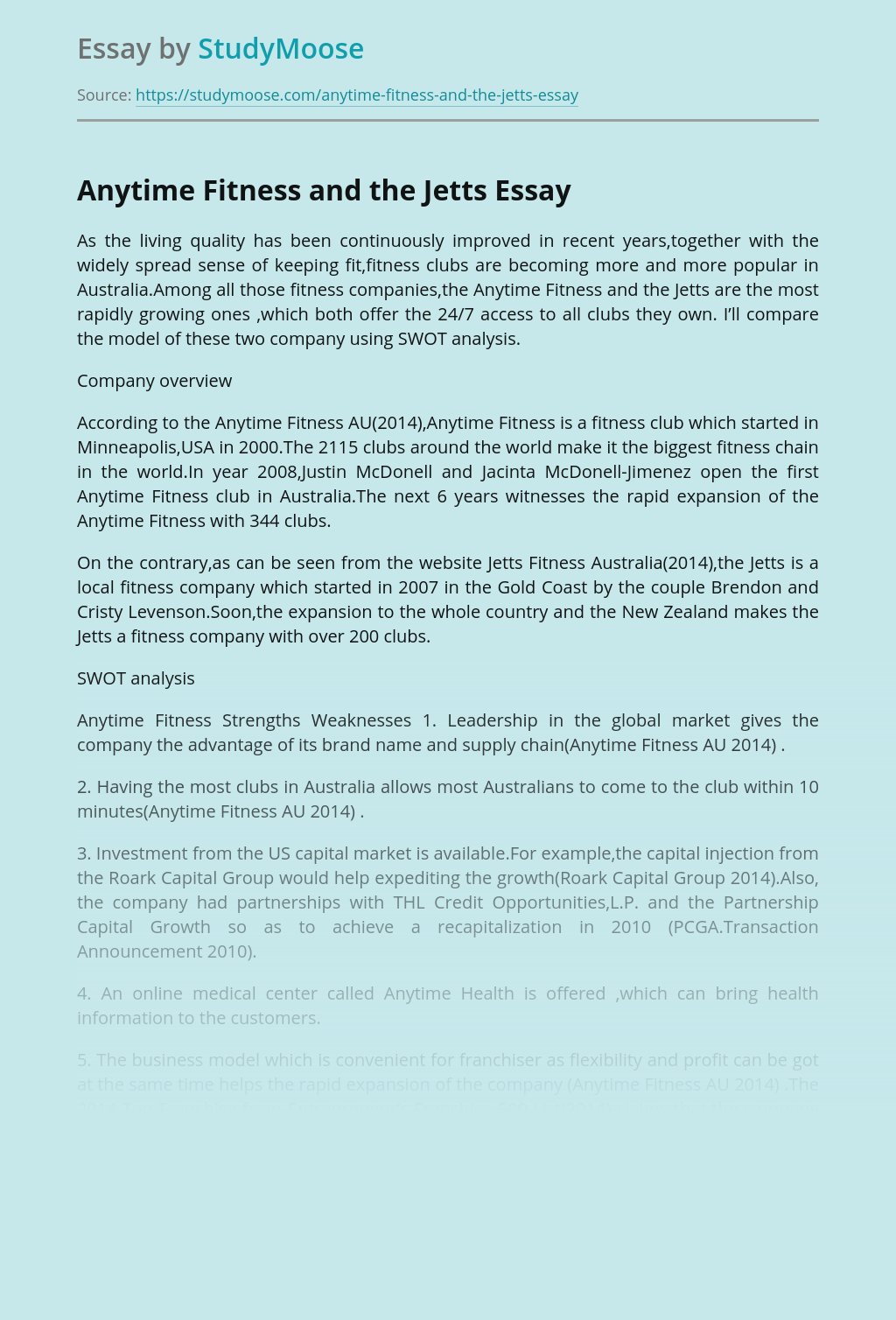 Don’t waste time
Get a verified expert to help you with Anytime Fitness and the Jetts SWOT Analysis
Hire verified expert
$35.80 for a 2-page paper
Stay Safe, Stay Original