Do you think Animal Farm’s message would come across effectively to someone who knows nothing about soviet history or the conflict between Stalin and Trotsky? What might such a reader make of this story?

George Orwell’s novella ‘The Animal Farm’ is directed at Russia during the Stalin era. The novella’s characters reflect on actual people during the Stalin era. The novella tells of what happened during Stalin’s reign including the controversy with Trotsky. Many of Stalin’s traits were shown through Napoleon as he made his decisions on the farm but whether or not the reader could connect it to Stalin is another matter.

For an individual to read this book and fully understand what it is talking about, the reader would definitely need a vast understanding of the era and the personality conflicts.

The novella portrays Stalin as a power hungry pig that swindles his way to the top, with the assistance of some associates as well (further pigs).

This is exactly what transpired during the soviet era when Stalin took control. For an individual to make that connection they would need to first try link the actions of Napoleon and the similarities should give it away, but for someone who doesn’t identify anything about the era then no, they have nothing to link it to, but it is still possible for the individual to notice the communism occurring throughout the farm and make the connection to the politics side of the aforementioned.

Stalin and Trotsky’s controversy is easily depicted through the two main animals, Napoleon and Snowball, but only to those who have the knowledge of their disputes.

If someone without this knowledge tried to make sense of it then they wouldn’t understand the soviet side to it but they would still understand the logic in Napoleon being worried about Snowball taking first actions against him and taking him out of the picture.

George Orwell’s message in Animal Farm is quite obvious. The reader will get the message but not the social commentary. The novella includes all the historic moments of the Soviet Russian world and lifestyle even if the reader cant link it to history it still can play a big part in today’s society as it can be applied to many day to day occurrences such as family, work or generally everyday life. 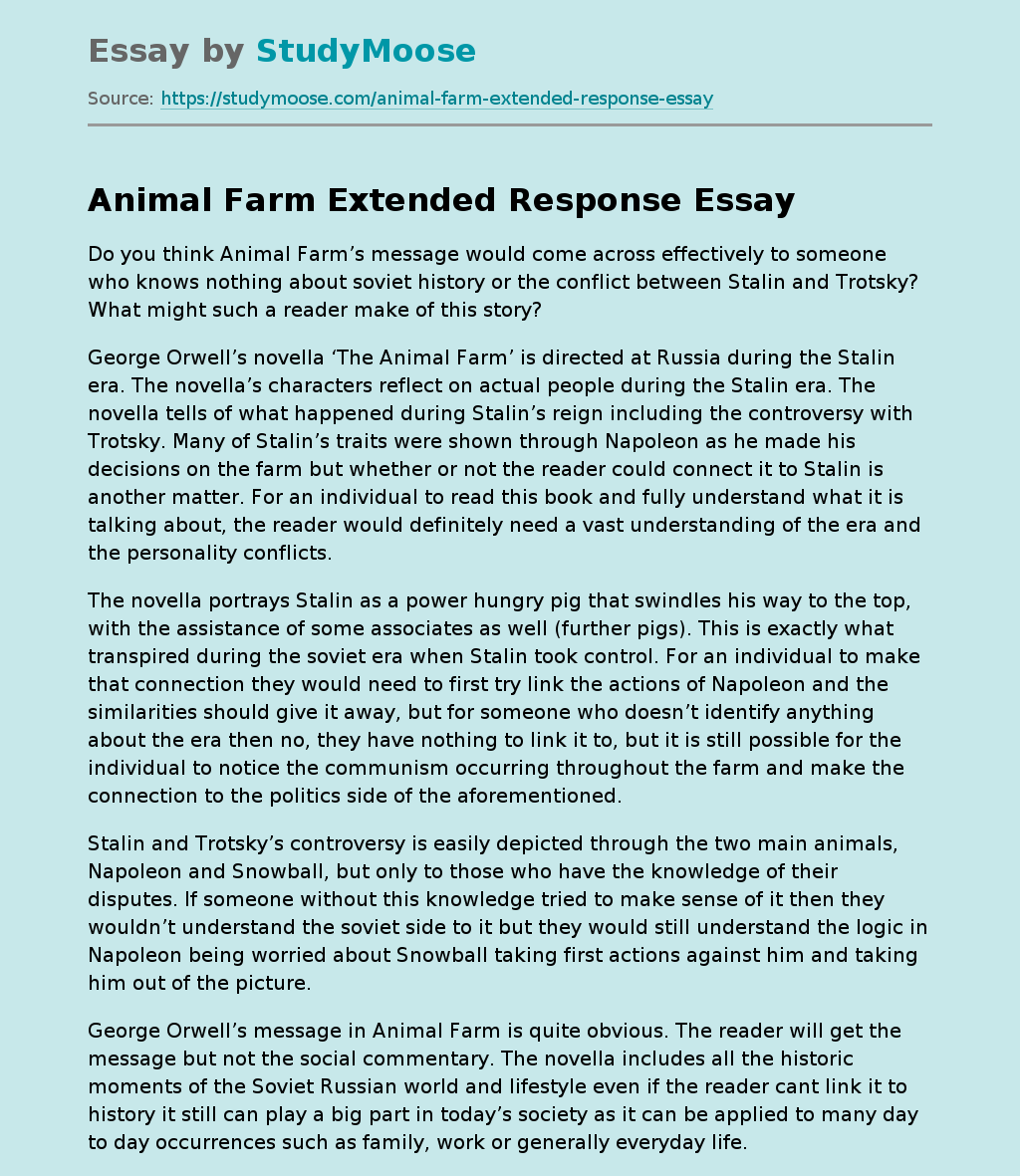