Al Pacino in ‘Stand Up Guys’ says: ‘They say we die twice. Once when the breath leaves our body, and once when the last person we know says pur name’, whereas I says, writer never die as his works endure.

In 2012, I recorded my life unflinchingly: the mixed emotions from seeing my grandfather pass away, the fleeting impulses of adolescence, and the myriad tastes of friendship. Although my writings didn’t fare well due to the rigid writing requirement in a Chinese classroom, and on paper my teacher criticized that I was the only student who wrote novels for assignments, she also sent me an encouraging message privately: ‘Keep on writing!’ I understood her encouragement and kept on writing.

Don't use plagiarized sources. Get your custom essay on
“ Writer Never Die As His Works Endure ”
Get custom paper
NEW! smart matching with writer

Since then I have moved to the US to study, writing still has a special place in my heart. One day, an influential internet editor recommended one of my blog posts, which attracted several comments from around China. I was so thrilled to connect with people through the depiction of a world sprung from my imagination.

After that I committed to online writing. At the age of fifteen, I was no longer satisfied with blogging about straightforward life events or personal sentiments anymore. Rather, I dug into the contemplation of human nature and deeper layers of emotional landscapes.

In 2015, I watched the blood moon for the very first time. Such a pure beauty. However, in ancient time, people interpreted the moon eclipse as unnatural phenomena, which is a warning sign by gods.

It made people afraid. Nowadays, scientist indicates that the moon eclipse is a natural event. People understand the world better as years passed. The incident reminded me of the history of homosexuality. I wrote a short fiction story named Moon Eclipse, which depicts the life of a same-sex couple: In a desolate ancient village, a homosexual couple is being punished for their ‘sin’. One with eyeballs scooped out and the other poisoned to deaf, they are being tortured to be offered to gods. Ardently worshipping to the sky, villagers noticed the anomaly of the moon and fled out of fear. The turbulent crowd toppled the vat where the couple was confined. The blind carried the deaf to flee to the beach. Seeing the eclipse, they realized that their relationship is not unnatural but beautiful, just like the blood moon.

In 2015, I also finish my first 100,000-words novel. The creative process was akin to giving birth. The baby was embryonic inside me for a long time. Every time I opened the Word file, I woke her up from the computer. As I interacted with her, her heart pulsed with excitement. For every word I typed, I fleshed out her organs, skin and hair. When I finally typed ‘The End’, she opened her eyes to the world. The baby represented every precious moment of my life at the tender age of sixteen. I cherish every thought and reflection I imbued in it, no matter how immature they may be.

After graduating, I was obsessed with Perfume: The Story of a Murderer by laura Marr and fell in love with perfume. I enjoy writing about perfume and can’t help drawing a comparison between its evaporation process and human personalities. The top notes, the aroma that is initially perceivable after the perfume bottle is open, dominates the first impression of a perfume. Following, the middle notes emerge and form the main body of a perfume. Finally, the base notes that evaporate after 30 minutes of application bring depth to a perfume. Isn’t that parallel to human personalities? The disposition of an individual has different layers too. The first impression, the personalities perceived in close contact, and the character and soul of a person well correspond to the fragrance pyramid of the perfume. My second novel was written in 2017. It is a fiction story about perfume. 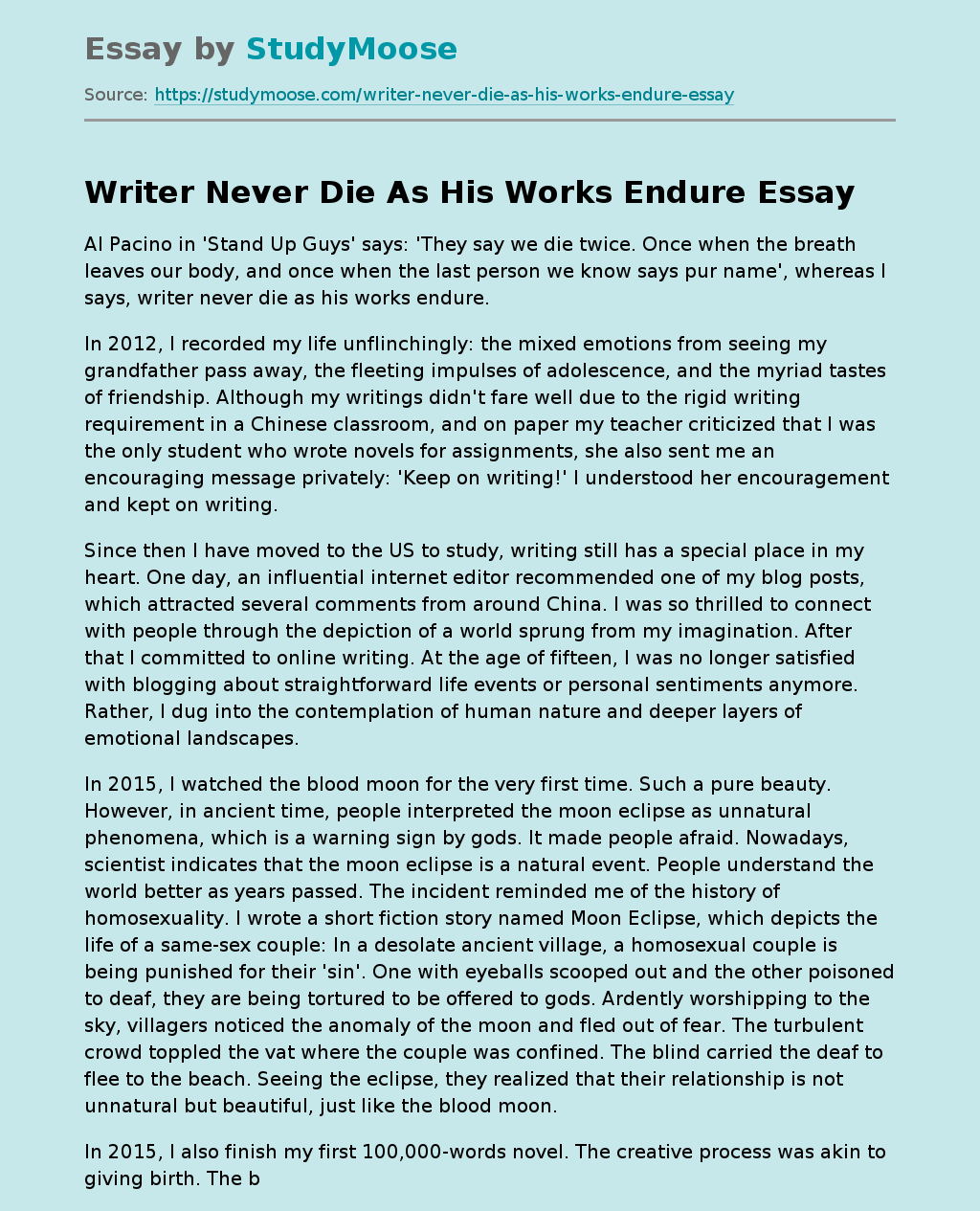