What Are the Differences and Similarities Between Public and Private Sector Unions?

Don't use plagiarized sources. Get your custom essay on
“ What Are the Differences and Similarities Between Public and Private Sector Unions? ”
Get custom paper
NEW! smart matching with writer

There is variation on how unions are able to strike. For example, unions that are operating under the Railway Labor Act must go through a delay period once a contract expires before they are allowed to walk off the job. Also, when public sector unions do have the right to strike, their employers can threaten to fire them if they do not return to work.

An example of this happening was when in 1981, President Reagan let go 11,000 air traffic controllers after they ignored his order to go back on the job.

Private sector unions usually have sections of hierarchy within a union from the local to the national level. Most unions also are usually affiliated by a larger organization. Public sector unions often times can be as small as a state-wide union or sometimes as small as regional. In regards to legislation, the primary difference of course briefly stated before is that is that public sector unions do not fall under the NLRA jurisdiction.

When public sector workers do decide to strike, the employer must take the matter to court in attempt to bid the practice. Also some employers have mandatory interest mediation for public safety workers to lighten the possibility of a strike. Although private sector unions have slowly diminished overtime its seems from the current data that the public sector has had a pretty stable holding. Also there seems to be a push to eliminate or at least limit unions in a few states, it is there fore my belief that unions at least in the private sector will continue to diminish.

What Are the Differences and Similarities Between Public and Private Sector Unions?. (2016, Dec 07). Retrieved from https://studymoose.com/what-are-the-differences-and-similarities-between-public-and-private-sector-unions-essay 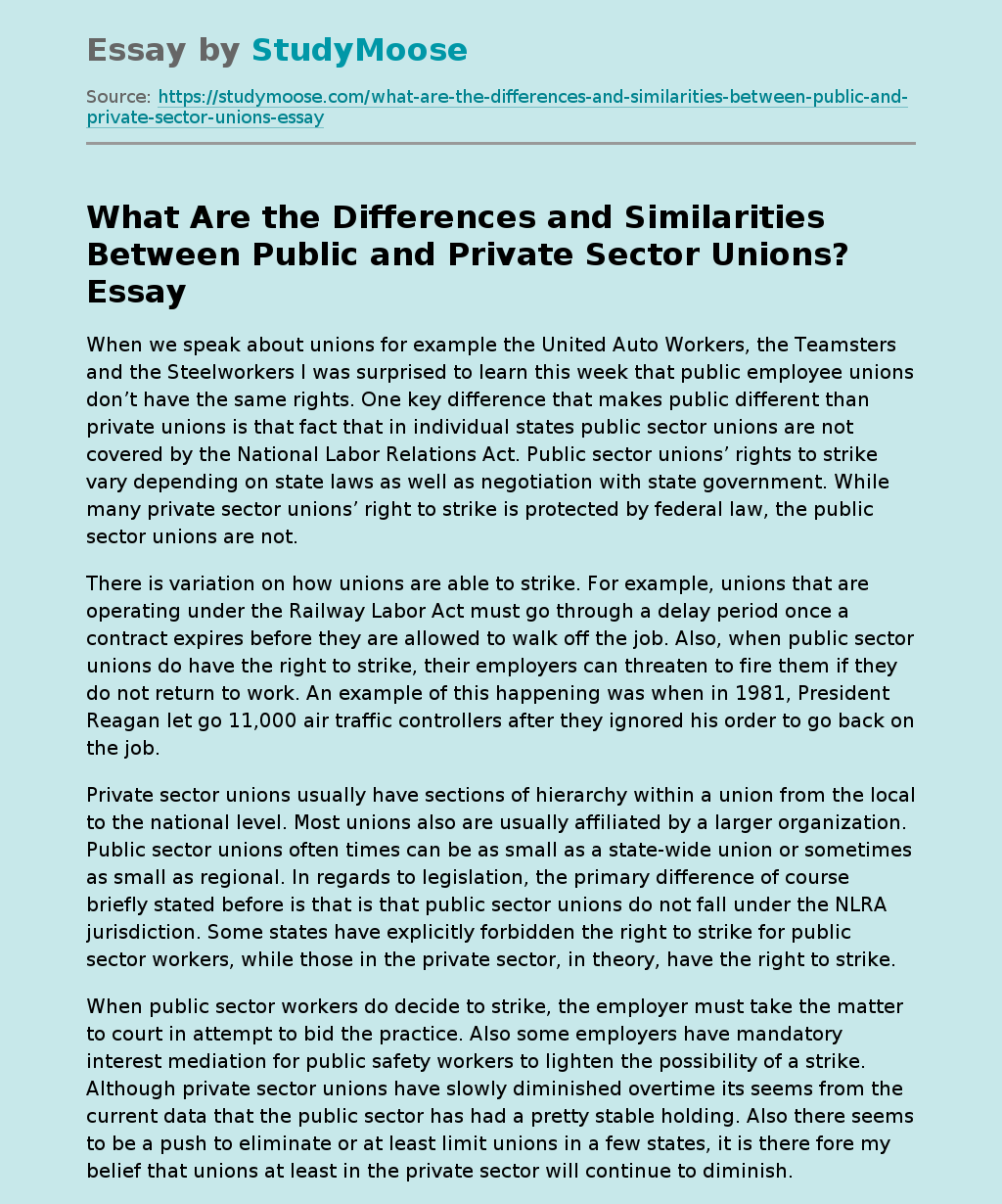