Don't use plagiarized sources. Get your custom essay on
“ Public Policing and Private Security ”
Get custom paper
NEW! smart matching with writer

Regardless of anything, private security agencies are businesses making money. Usually, businesses are run in a manner so that they will make money. Law enforcement is a human services field, not a place to run as a business. Therefore, people will wonder if integration between the two sectors will change the focal point to a money-making business rather than a human services field. When money becomes the focal point of a human services field, things will be run differently and that may not be the best interest at heart for public policing. Privatizing everything would change the priorities, goals, and conditions of the entire justice system. 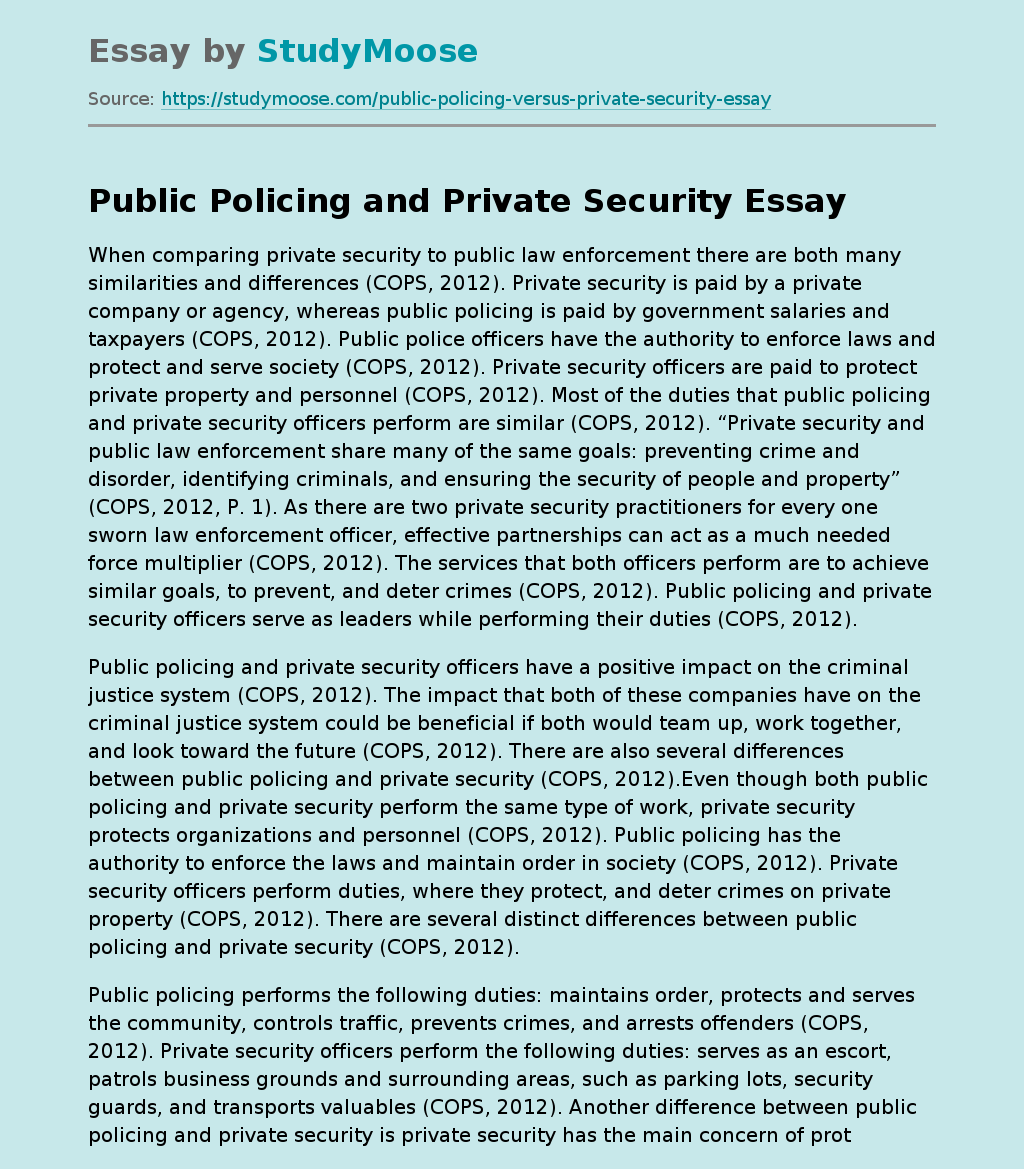