In Emily Brontë’s Wuthering Heights, her descriptions of two houses create distinct atmospheres that mirror the actions of the respective inhabitants. The pristine and well-kept Thrushcross Grange can be viewed as a haven when compared to the chaotic Wuthering Heights. Wuthering Heights symbolizes the anger, hatred and deep-felt tension of that house while Thrushcross Grange embodies the superficial feelings and materialistic outlook of its inhabitants. Each house parallels the emotions and the moods of the residents and their world views.

The true depth of the novel emerges when the lives of the residents in the houses intertwine.

The locations of Thrushcross Grange and Wuthering Heights reinforce the personalities of its inhabitants. Wuthering Heights is placed among stunted bushes with limbs stretching away from the wind and possesses narrow windows that fight against the same strong winds. Set on a bleak hilltop, the ground surrounding Wuthering Heights remains hard, covered in a black frost most of the year. The old furniture hastily organized in cramped rooms, the chairs high-backed and primitive in design and old guns hung over the chimney make Wuthering Heights an unwelcoming home.

Similar to its inhabitants, Thrushcross Grange brings out the selfish and materialistic mind set of its residents. This point is strengthened when Heathcliff and Cathy spot Edgar and Isabella fighting over a puppy, finding amusement while caring nothing for its life. Thrushcross Grange becomes a place of healing for instance when Cathy injures her ankle and when she gets sick after searching for Heathcliff. These events are analogous to the accommodating and inviting nature of the Lintons. Wuthering Heights and Thrushcross Grange both share qualities with their respective residents. 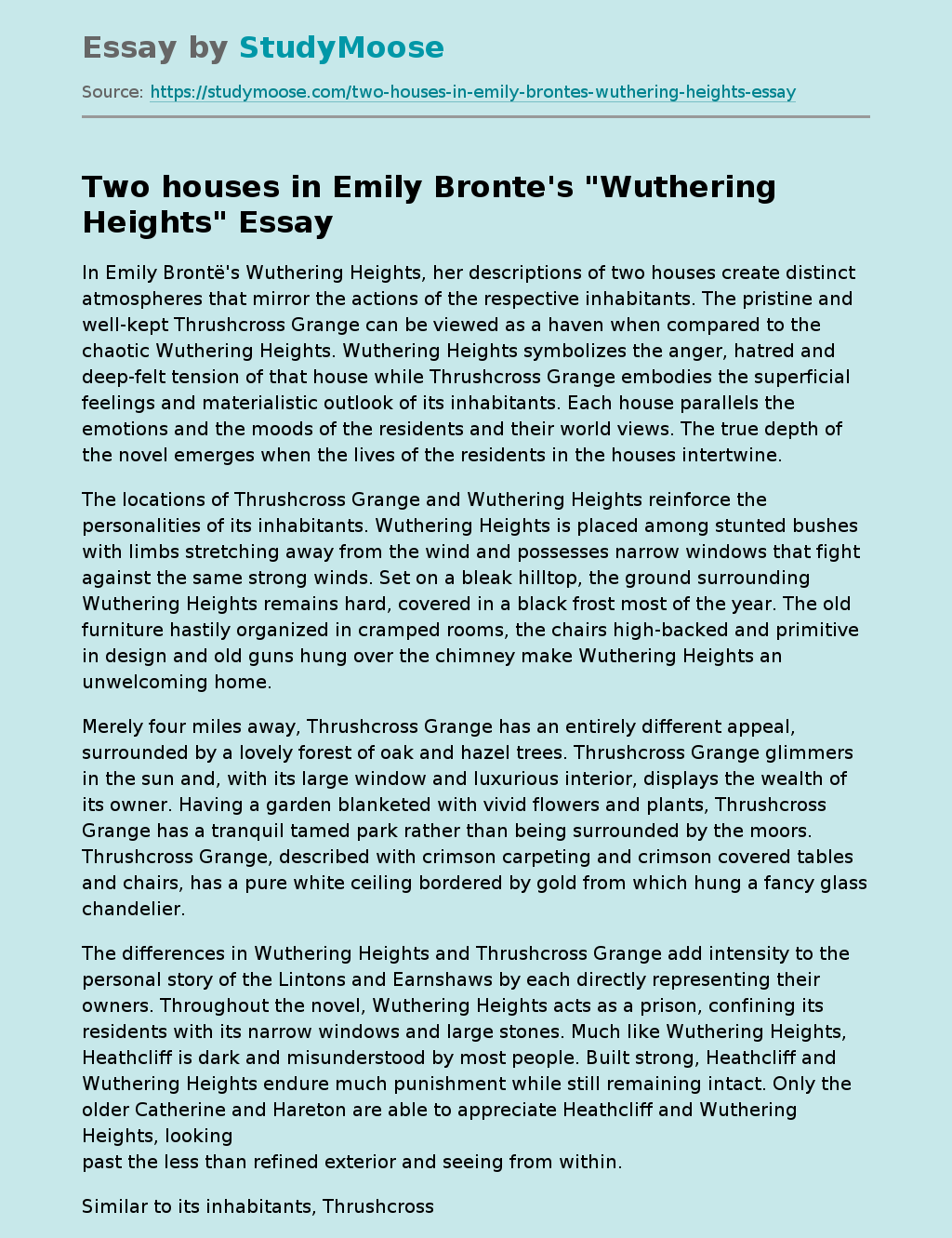