Question:”Traditional marriage is an outdated concept”To what extent is this true in your society. Marriage is defined as a man and woman being together by legal ties. Although the world are becoming modern nowadays. The concept of traditional marriage is still being practiced. The beauty of marrying opposite gender ,the construction of family tree and the responsibilities in a marriage world remains unchanged as the time passes. However, there is a side effect of the modernity that has defeat the purpose of marriage which is the marriage of same gender that are recently increasing.

Don't use plagiarized sources. Get your custom essay on
“ Traditional Marriage ”
Get custom paper
NEW! smart matching with writer

These factors do not affect the tradition of marriage wholly. Marriage has only occured between different genders. It has been that way since the olden days, occasionally it occurred to be the other way. Although there are the opposite of traditional marriage in this aspect, the number of traditional or normal marriage will forever overpower the non-tradition marriage that was actually brought up by the modern people.

Singapore is a conservative country, therefore any act that is out of the country’s law is either known as crime or nuisance.

In this aspect, Singapore has not legalized any sorts of marriages except for normal marriage ,also known as traditional marriages. Therefore, the concept in this bearing is not considered as outdated as it is still used in many religion and country. In the scope of family structure, a marriage is performed to indicate the readiness of a couple to build a family. Marrying and building a family is part of the traditional way of a family strata.

Nothing could change the society perspective towards a complete family. The society belief will always stick to having a child after marriage rather than before marriage. The child that is born out of wedlock will face social stigma if the society know that the child is born illegitimate. As the government encourages parenthood as a part of increasing the population scheme, it can happen legally after marriage. Therefore, the purpose of traditional marriage is not taken as outdated as the concept of building a family through marriage is still preserved and I believed that the society will also belief that way as not only it protects the family name and reputation but also keeps the modesty and purity of the family’s background.

A traditional look in the responsibilities in a household is divided into the strength and gentleness of the role being played by each figure. Traditionally, the man as the head of the family will be in-charge of the income coming in and out from the family expenses. Thus, the man or husband will have to go out and work for the family while the woman will take care of the household chore and their children. As a woman, the gentleness and love being potrayed in a family resulting to the woman being the most suitable candidate as a mother and wife. Up till now that custom is not majorly changes. Based on Singapore’s statistic newsletter in 2011 the amount of married women who are caretakers including housewife is 68.8%.Hence,this shows that the divided responsibilities that are stated traditionally is still being practice in this 21st century.

Although, the tradition customs are not altered critically, the juices of the modernity affects the tradition as time passes by. The tradition of opposite gender marriage is already given a touch of rebel. The purpose of marriage is defied into same sex marriage whereas traditionally a marriage can only occur between a man and woman. As a record of 21,000 LGBT typed of people join 2013’s pink dot event held at Hong Ling Park which is the corner to express freedom of speech. Although there is an increase in LGBT as tears pass by, Singapore being a conservative country will never allow any such behaviours such as requesting same sex marriage under Section 377A of the Penal Code (Singapore) and section 354 of penal code(outrage of modesty) , to be approved in Singapore.

Therefore, those who desire to get married to their ‘same-type’ partner will have to fly to United Kingdom to get married as UK is among the countries that legalized LGBT marriages. In conclusion, the traditional concept of marriage is still going on overpowering the modern concept of marriage in terms of opposite gender marriage, responsibilities in the household and structure of a family. Although, it cannot be denied in certain aspect modern influence have cause a whirlpool in the society such as LGBT as to having them being part of the society even if there are many negative responds towards them. Therefore, by continuing the legacy of practicing traditional marriage ,the modern insane concept can be abolished.

Peculiarities of a Traditional Marriage in Nigeria

Tying the popular and indispensable gele or headdress can be very tricky or at most quite frustrating. A not so good headdress could make the day’s event a miserable one, as you are constantly seen excusing yourself to the ladies room to fix it. As part of your traditional wedding regalia, you cannot afford to make a little mistake in getting the best style of the pack on your wedding day. Your gele should be tied well in advance like a day or two days before the wedding and not on the wedding day. This would help you choose the best fit and style that suits your face the most.

If you know you do not have a friend or family member who is superb in tying gele then you can go to your local market like Tediosho or Lagos market to get it done for a little fee. Except of course if your if your budget includes the paying of a professional then it can be done that same day of the wedding. The headdress should be kept in a place safe from everyone and covered. Whatever the color, wear it big and wear it proud because your wedding day is the only day you can wow everybody with that headdress! In Nigeria, there are 3 types of weddings: Traditional, Church (white) and Court weddings.

Of the 3, the first 2 are the most observed types of weddings. Court weddings are usually observed for legal reasons. In Nigeria, the traditional wedding is the wedding that was celebrated and observed before the arrival of the Europeans. It was and still is observed in the village setting so that all the members of the community can celebrate with the couple and their respective families. With respect to traditional weddings, there is no dating as is known in the Western cultures. Of course, there might be dating behind the scenes but officially, it is not observed. When a man is interested in a woman, he lets his family know.

The family will then carry out an “investigation” of the woman and her family (who the parents are, what they do, are any divorced, etc). Once she passes muster, the next step is for the man’s family to observe what is literally translated as, “knocking of the door”. During the “knocking of the door” process, the man’s father, family head and/or senior member of the man’s family visit the woman’s house and let her parents know of their intentions. The woman’s parents accept the request and also carry out their own “investigation”. They also find out if their daughter is interested in anyone or if someone is courting her for marriage.

The man’s family presents their case, eat some food and leave with a wedding list which is a list of gifts expected of the man’s family which includes a dowry (bride price). A wedding date is also set at this stage. On or before the wedding date, the man’s family should have fulfilled all the items on the wedding list. Such a list might include items such as clothes, money and drinks among others. Though many have abused this list, it isn’t meant to be so much that it places a burden on the man and makes it feeling as though the woman were being sold.

On the actual wedding day, the man arrives at the woman’s family compound with his entourage of guests. Before he gets to the actual compound, he is “blocked” by the teenage boys of the village who claim to have protected the woman from the time she was born to the time she was ready for marriage. They usually demand items like money, a soccer ball and drinks. This is all ceremonial and the man’s family obliges. In some areas, there is a second road block by the women of the village who claim the same thing as the teenage boys. Again, they are offered gifts and the man’s family proceeds to the woman’s compound.

Upon arrival, the man’s family and friends are invited for some food after which they take their seats. Foods and drinks (refreshment) is also presented to the entire audience. Typically at this point, a comedian/ MC keep the crowd alive and well and there are usually some dances by the local girls. As far as the dances are concerned, back in the day, the aim was to showcase the local girls to potential future suitors. Now it is more a form of entertainment especially considering that many a times, such dancers are brought in from elsewhere and have no connection to the woman’s family.

Shortly after the bride is found, she is given a glass of wine to officially introduce everybody to her husband by giving the wine to drink and he will do same signifying that they have accept each other and are aware of the ceremony. She brings out the groom and dance with him while the audience comes out to spray some money on them. After this, the bride takes his husband to his family with a glass of wine for their blessings and prayers and the groom does this too. The both parents accept the wine, drink all of it and offer them their blessings. 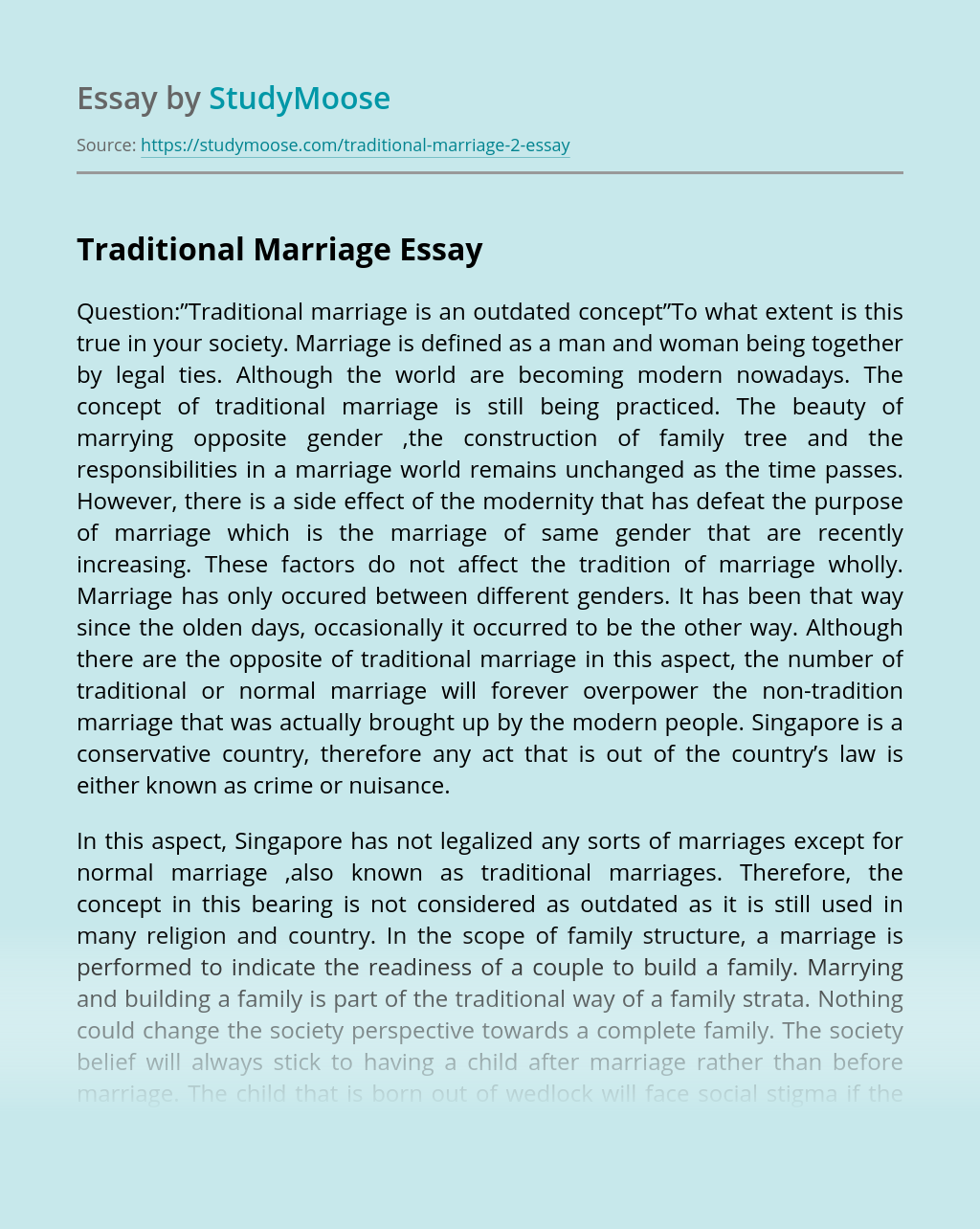