The chemical equation for Thiopental Sodium is C11H17N2NaO2S. First synthesized in 1935, the proper name for the drug is Thiopental Sodium it also goes by Sodium Pentothal but that is actually a trademark of the drug’s manufacturer, Abbott Laboratories. A yellow water-soluble crystal, it is classified as an ultra-short acting barbiturate, a type of drug that depresses the central nervous system, slowing the heart rate and lowering blood pressure. Widely used in medicine as an anesthetic during surgery, it is injected into the patient to produce rapid unconsciousness.

It only causes a few minutes of sedation so it is followed up with a gaseous anesthetic, such as nitrous oxide.

The drug is prepared as a sterile powder and after reconstitution with an appropriate diluent is administered by the intravenous route.

Starting after World War II as a way of treating war neuroses, psychiatrists used Thiopental Sodium as part of narcotherapy, a drug treatment that is comparable to hypnosis.

A psychiatrist would administer a very small dose of the drug, causing the patient’s heart rate to slow, relieving tension and anxiety and producing a state of complete relaxation. Narcotherapy’s goal was to make the patient more gullible to suggestion than normal, allowing the psychiatrist to uncover hidden feelings or memories. Hypnosis only works on about 20% of the population, the use of sedatives as a part of narcotherapy a better alternative way to find the truth.

While under the effect of the drug the patient may lose his inhibitions, but does not lose self-control. So a patient will not tell the truth if he chooses not to. Like in the movie True Lies the character struggles not to tell the truth, but eventually gives up and starts to tell the truth. Thiopental Sodium as a way of determining the truth depends entirely on the willingness of the patient. 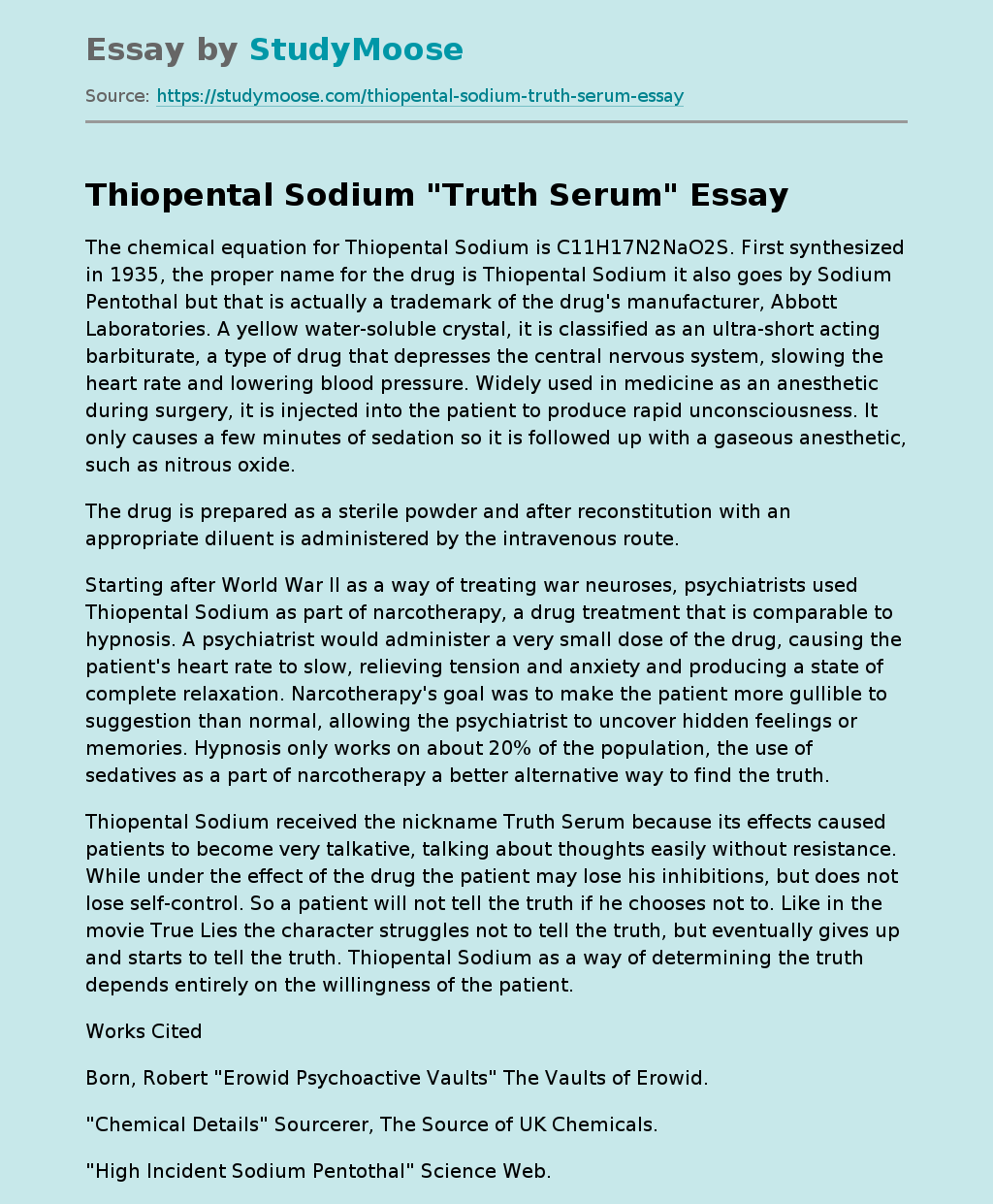