1. Glory the movie has many different types of genres which includes: drama, epic film, action film, costume drama, war film, period piece, and political drama. 2. The main characters is Glory are Matthew Broderick as Col. Robert Gould Shaw, Denzel Washington as Trip, and Morgan Freeman as John Rawlins.. these three chracters changed the movie dramatically making it easy for the viewers to feel the passion and pain going on throughout this movie.

3. The genre throughout the film flips back and forth from drama to epic to action.

Don't use plagiarized sources. Get your custom essay on
“ The Movie Glory Genre Questions ”
Get custom paper
NEW! smart matching with writer

This makes the movie more in depth and makes the viewer’s really get a feel for the characters and who they are depicting. 4. The main character Col. Robert Gould Shaw is a a good hearted man throughout the film. He fought for his regiment and believed in them more than anymore. Having his best friend in his regiment made it difficult for him to train his men but also a joy for him.

Shaw sought to that his men got the proper materials needed in order to fight better and feel better. Shaw fought for his men’s boots and socks. 5. This film differs from those who has the same genre. Glory is a great movie that really catches its viewers and makes them want to watch it. While as other movies who lassify in the same genre or time period can be quite boring. 6. This film captures bonds that were damaged to great bonds with different characters.

It is a film that shows how two people who did not get a long come together at a time of need and become friends and respect each other.

The story line is great and the actors portrayed the characters beautifully. 7. This movie in my opinion is better than band of brothers, the actors and characters really tried hard to get their role perfectly. The story line as well is very interesting; nothing is expected or obvious to the viewers. I would recommend this movie to my friends because I enjoyed it so much. 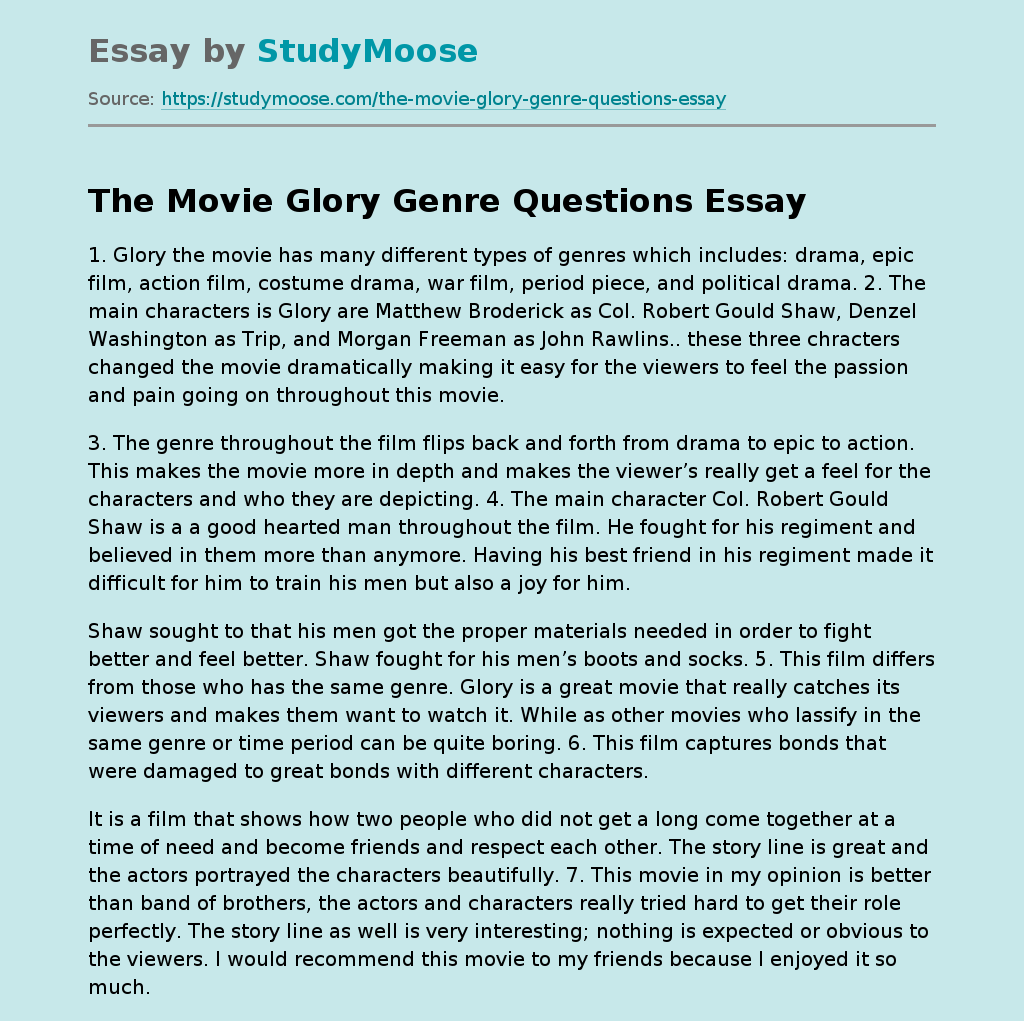