The J-Curve Theory About Society

James C. Davies (1962), a scholar studying the root causes of revolution, developed the J-Curve theory. The latter is the illustration of his hypothesis that “revolutions are likely to occur when a prolonged period of objective economic and social development is followed by a short period of sharp reversal” (Mason, 2004). Simply put, a prolonged period of social and economic development increases people’s expectations of material wellbeing. When a crisis such as a war brings about a sharp reversal in the level of achievement, popular expectations do not adjust to the latter.

Don't use plagiarized sources. Get your custom essay on
“ The J-Curve Theory About Society ”
Get custom paper
NEW! smart matching with writer

The gap between expectations and achievement may widen to the point that frustration, and, later, aggression will ensue.

This politicized form of aggression is no other than revolution.

But one limitation of the J-Curve theory is that it operates on the idealistic premise that the government has the capacity to keep up with the rising expectations of its citizens (Glantz, 2006). In reality, no government can ever do that. Furthermore, a decline in the achievements of the government would also prompt the people to expect less from it.

An example which shows the limitation of the J-Curve theory is the War on Terror. Following 9/11, the American public was constantly bombarded with developments such as the Homeland Security Act and the deployment of troops to Afghanistan and Iraq.

In the process, they expected the Bush regime to win its battle with Saddam Hussein and the Al-Qaeda. But the American government later started to receive alerts about possible terrorist attacks on shopping malls, airports, hospitals, etc. As a result, the people finally accepted that while the US is winning the War on Terror, its victory is not as fast as they expected.

The J-Curve Theory About Society. (2016, Sep 23). Retrieved from https://studymoose.com/the-j-curve-theory-about-society-essay 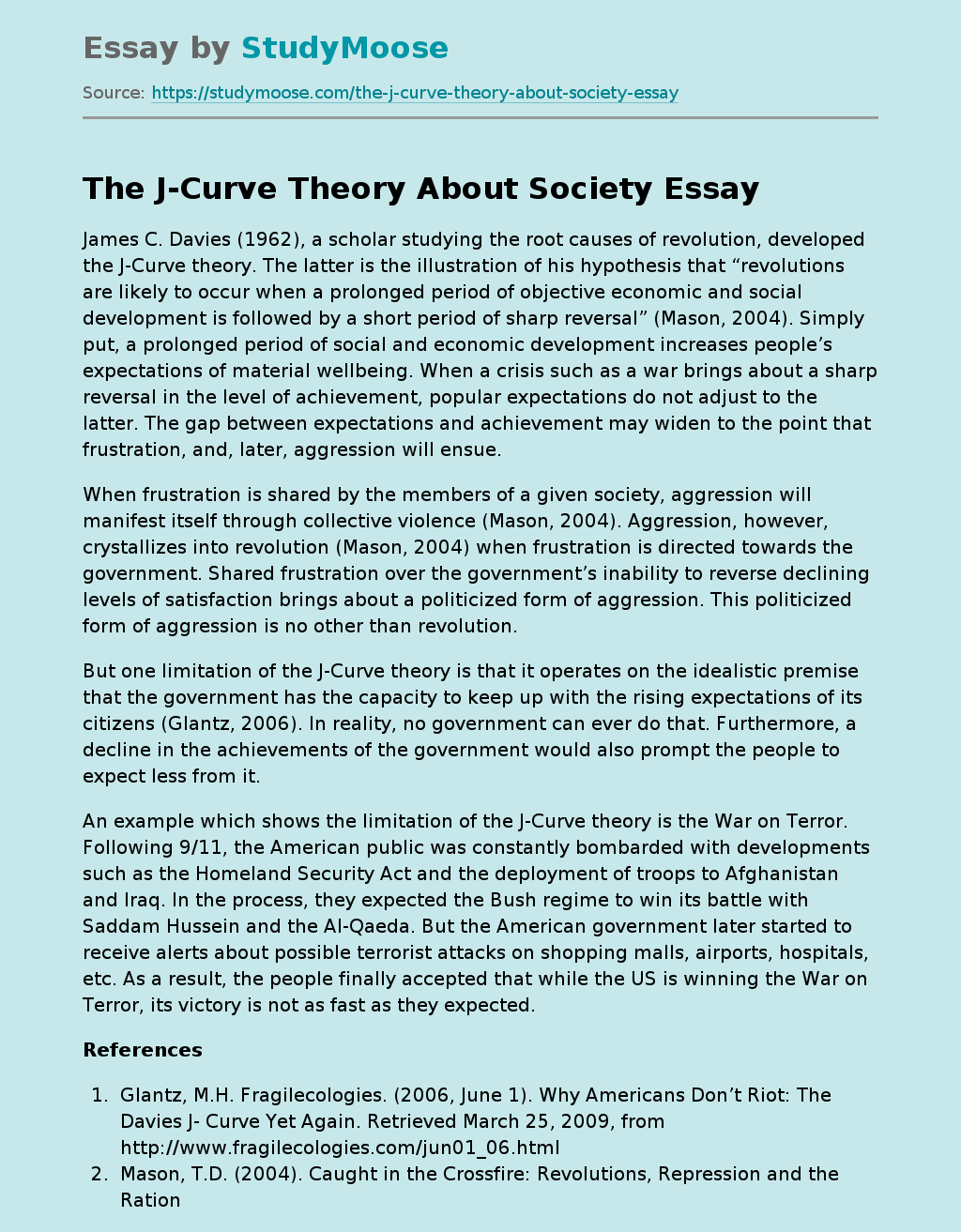