The introduction of internet to the marketing world has given birth to new opportunities for non-profit organizations to engage and influence their stakeholders (McNutt & Boland, 1999; Saxton, Guo, & Brown, 2007). Social Media sites, such as Facebook and Twitter, are prime examples whose interactive technological functions, networking ties and decentralized structure elevates the potential for strategic communications by non-profits organizations (Lovejoy & Saxton, 2012; Waters & Jamal, 2011).The OrganizationOne such organization that has tapped on the potential of social media is Ad Council. Ad Council, short for Advertising Council, is an American non-profit organization that produces and promotes social messages to the public.

Don't use plagiarized sources. Get your custom essay on
“ The introduction of internet to the marketing world has given birth to ”
Get custom paper
NEW! smart matching with writer

Their mission is to stimulate actions by promoting the communication of public issues, to make a measurable difference in the society. This paper will take a closer look at a social media campaign designed to address the topic of Diversity and Inclusion ” Love Has No Labels ( Campaign: Love Has No LabelsLove Has No Labels (LHNL) was launched in the United States in 2015 to raise awareness on the issue of implicit biases.

The aim of the campaign is to drive the message that though having biases cannot be controlled, being aware of them does however prevent those biases from controlling the way people see and interact with one another. Their first social media content was a video of an event they hosted on Valentines’ Day: a live X-ray installation aimed to surprise the audience with a simple revelation of their own implicit bias. In 2016, according to Shorty Awards, this video went viral on social media platforms such as Facebook, Twitter and YouTube with over 40 million views in just two days and record combined views of 160 million, ranking second as the most watched video and shared Public Service Announcement within three weeks.

The introduction of internet to the marketing world has given birth to. (2019, Aug 20). Retrieved from https://studymoose.com/the-introduction-of-internet-to-the-marketing-world-has-given-birth-to-essay 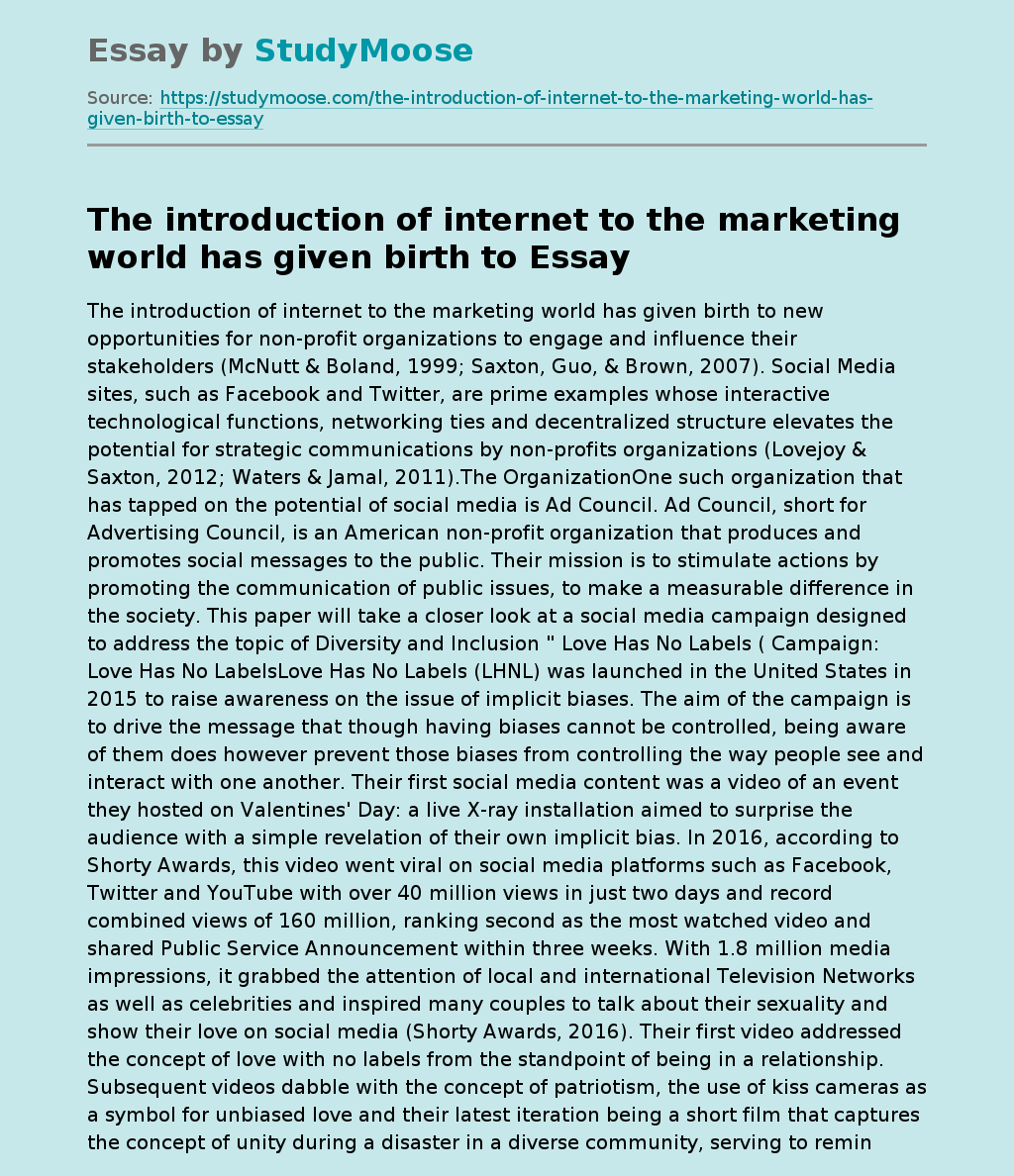