This critical essay analyses “The Hester Prynne Sanction” by Peter French, which states that the courts can change how they punish corporations more effectively.
Get quality help now
Writer Lyla

Proficient in: Fly Away Peter

“The Hester Prynne Sanction” by Peter French The persistent issue of corporate punishment has been the proverbial thorn in the side of many people throughout history. Corporations have caused many people huge amounts of both physical and emotional pain due to instances of improper mechanical maintenance, ignorance towards the environment, and the manufacture of life threatening products.

Don't use plagiarized sources. Get your custom essay on
“ “The Hester Prynne Sanction” by Peter French ”
Get custom paper
NEW! smart matching with writer

The main problem that lies as an obstacle in front of prosecutors of these corporations is, whom do they punish? The Lord Chancellor of England questioned, “Did you ever expect a corporation to have a conscience, when it has no soul to be damned, and no body to be kicked?” Countless victims throughout history have been perplexed to come up with a solution to answer the Chancellor’s question. How can people throw a corporation in jail, or have them compensate for their immeasurable losses? In his work “The Hester Prynne Sanction”, Peter French analyses ways in which the courts can change how they punish corporations more effectively. This essay will take a critical look at French’s solution, examining if it is an effective and morally justified fashion of punishing corporations. In our society, retributive ideals have been implanted in us, as the famous biblical “eye for an eye” concept seems to be society’s manner with which we punish criminals. This is an interesting case though; because corporations don’t simply have one individual they can place the blame upon. 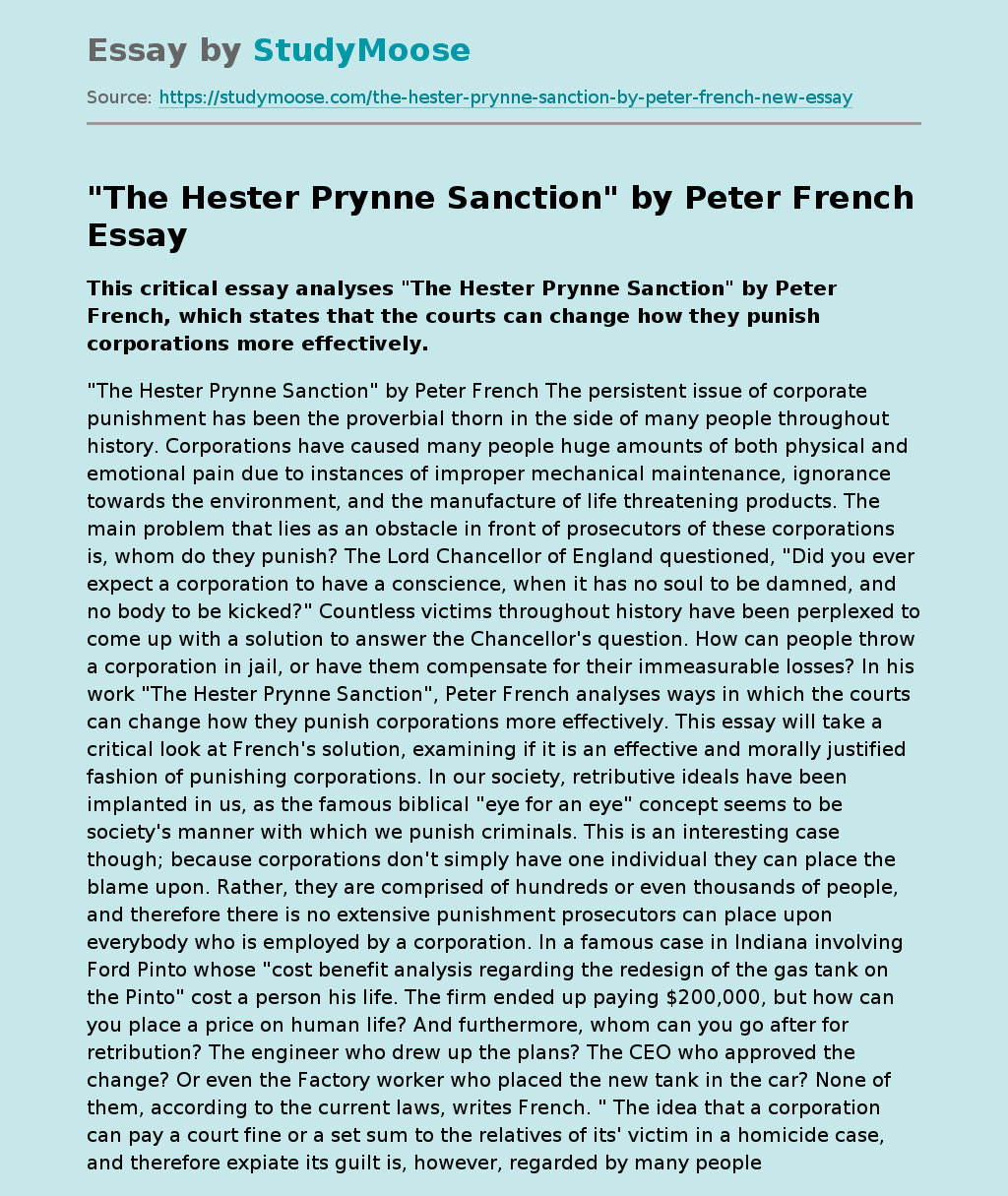