The female reproductive system is involved in sexuality and fertility. It includes the vagina, womb (uterus), fallopian tubes, ovaries, and breasts. The mammary glands are accessory organs of the female reproductive system that are located in the breasts and specialized to secrete milk following pregnancy. Almost all instances of breast cancer originate in the lobules or ducts of the mammary glands. Breast cancer is the most prevalent cancer among women and affects approximately one million women worldwide.

Below we will discuss the female reproductive system and breast cancer and its causes, effects and treatment as we in America fight for a cure.

Don't use plagiarized sources. Get your custom essay on
“ The Female Reproductive System ”
Get custom paper
NEW! smart matching with writer

The female reproductive system is a well-coordinated group of organs that exist for the sole purpose of preparing for and maintaining a normal pregnancy. Under usual circumstances for women in the child-bearing years, the body goes through a series of monthly hormonal changes that cause an egg follicle to develop in the ovary, and the uterine lining to prepare for a potential pregnancy.

If pregnancy doesn’t occur, the lining and egg are removed through menses, or a woman’s period. If pregnancy does occur, the reproductive system is responsible for maintaining the pregnancy throughout the nine months. The vagina is one of the major organs that make up the female reproductive system. The vagina is an elastic, yet muscular canal that is approximately 9-10 cm. in length. The upper part of the vagina connects to the cervix, which opens into the uterus, and the lower part opens to the outside of the body.

The uterus is a small, hollow, pear-shaped organ found in women. Sitting between the bladder and rectum, the lower end of the uterus opens into the cervix, which then opens into the vagina. The uterus has many important and crucial functions in the reproductive capacity of women. Each month, hormones like estrogen and progesterone encourage the uterine lining to thicken and mature in preparation for the implantation of a fertilized egg. If implantation doesn’t occur, the lining is shed as menses.

Fallopian tubes are the two long thin tubes that connect to a woman’s uterus (one on each side). The other ends of the tubes flare open with several long fringes, called fimbrae, on the end. After ovulation, these fimbrae beat back and forth to help guide the egg into the fallopian tube. Once inside the tube, tiny hairs called cilia push the egg along and toward the uterus. Fertilization typically occurs in the fallopian tube if the egg encounters a sperm. The ovaries are a key part of the normal development and reproductive function of a woman.

They are a pair of glands where eggs are stored and estrogen is manufactured. They are held in place by several ligaments on either side of the uterus. A woman is born with all of the eggs she’ll ever need, around one million in each of the ovaries. During childbearing years, approximately 300 to 500 eggs will develop and be released during ovulation. After menopause, the ovaries will stop producing eggs, and atrophy. The breast is a gland that consists of breast tissue supported by connective tissue surrounded by fat.

The easiest way to understand how the inside of the breast is formed is by comparing it to an upturned bush. Its leaves are known as lobules and they produce milk that drains into ducts that are the branches of the breast tree. These in turn drain into twelve of fifteen major or large ducts which empty onto the surface of the nipple, just like the branches of a tree drain to the trunk. Breast cancer develops from the cells that line the breast, lobules and the draining ducts. Cancer cells that remain confined to the lobule and the ducts are called in situ or non-invasive.

They are sometimes also referred to as pre-cancers in recognition of the fact that these cells have not yet gained the ability to spread to other parts of the body, which is the feature that most people associate with cancer. An invasive cancer is one where the cells have moved outside the ducts and lobules into the surrounding breast tissue. Breast cancer is the most prevalent cancer among women and affects approximately one million women worldwide. The incidence of breast cancer increases with age and doubles every ten years until the menopause when the rate of increase slows.

This factor can be passed on from either parent or some family members pass on the abnormal gene without developing cancer themselves. Women who take the contraceptive pill are at a slight increased risk while they take the pill and they remain at risk for ten years after coming off the pill. The increased risk is, however very small and cancers diagnosed in women taking the oral contraceptive pill are less likely to have spread than those cancers diagnose din women who have never used the oral contraceptive Generally, breast cancers are not painful and women do not feel unwell with them.

Breast cancer is now commonly diagnosed by breast screening in women who have no symptoms. In many cases, the woman herself will first suspect the disease because she notices a lump or an area of lumpiness or irregularity in her breast tissue. This may happen when she is examining her breasts or while washing or applying lotion or the lump may be visible. There is often dimpling or indentation of the skin with the formation of wrinkles. The nipple might be pulled in or there may be a discharge from the nipple. Occasionally the nipple itself changes.

A rash can affect the nipple or the nipple may weep. The breast may swell and become red and inflamed or the skin may change and become like the skin of an orange. In some breast cancers this is due to a blockage of the drainage of fluid from the breast. Patients sometimes present with a lump under the arm, which is a sign that the cancer has spread to the lymph glands. The treatment of the disease depends on the tumor type and the stage of disease, how far it has spread to involve either lymph glands or other organs in the body. There are various ways a cancer can be staged and classified.

Public support for breast cancer awareness and research funding has helped improve the diagnosis and treatment of breast cancer. Breast cancer survival rates have increased and the number of deaths has been declining, thanks to a number of factors such as earlier detection, new treatments and a better understanding of the disease. 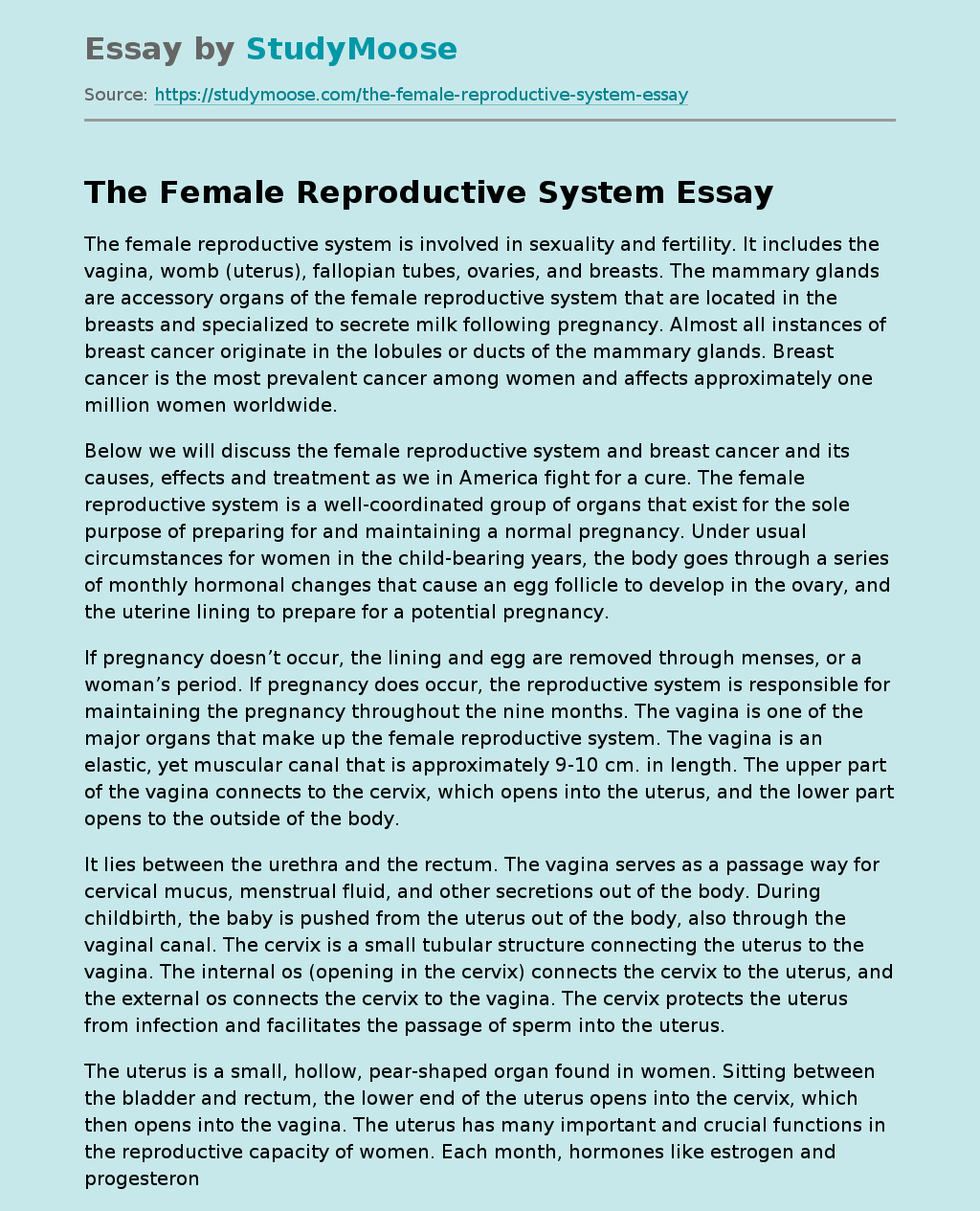