Overview of the Male and Female Reproductive Systems

Don't use plagiarized sources. Get your custom essay on
“ Overview of the Male and Female Reproductive Systems ”
Get custom paper
NEW! smart matching with writer

Which are the fallopian tube, the uterus, and the vagina. The fallopian tube is an expanded funnel that open into the pelvic cavity along the surface of the ovary. The fallopian tube transports sperm towards the egg cell and allows passage for the fertilized egg to travel back to the uterus. The uterus is a really think muscular organ, where a baby is developed during pregnancy until birth. The uterus is situated posterior to the urinary bladder and anterior to the rectum. The vagina is an elastic, muscular canal that connects the uterus to the outside of body.

Another major organ in the male reproductive system is the penis. The penis is the actual organ that goes inside the female vagina during sexual intercourse to reproduce. The penis is composed of three erectile tissues that consist of vascular spaces that fill with blood during an erection. The erectile tissues are the single corpus spongiosum, the paired corpus spongiosum, and the dorsal corpora cavernosa. The male reproductive system also contains accessory organs such as, the vas deferens, seminal gland, prostate gland, and epididymis. The male reproductive system also produces a major sex hormone, known as testosterone. Testosterone regulates fertility, muscle mass, fat distribution, and red blood cell production. Testosterone is secreted by the testes and is responsible for the development of male sexual characteristics, like deep voice, body hair, and muscle growth.

Overview of the Male and Female Reproductive Systems. (2021, Mar 05). Retrieved from https://studymoose.com/overview-of-the-male-and-female-reproductive-systems-essay 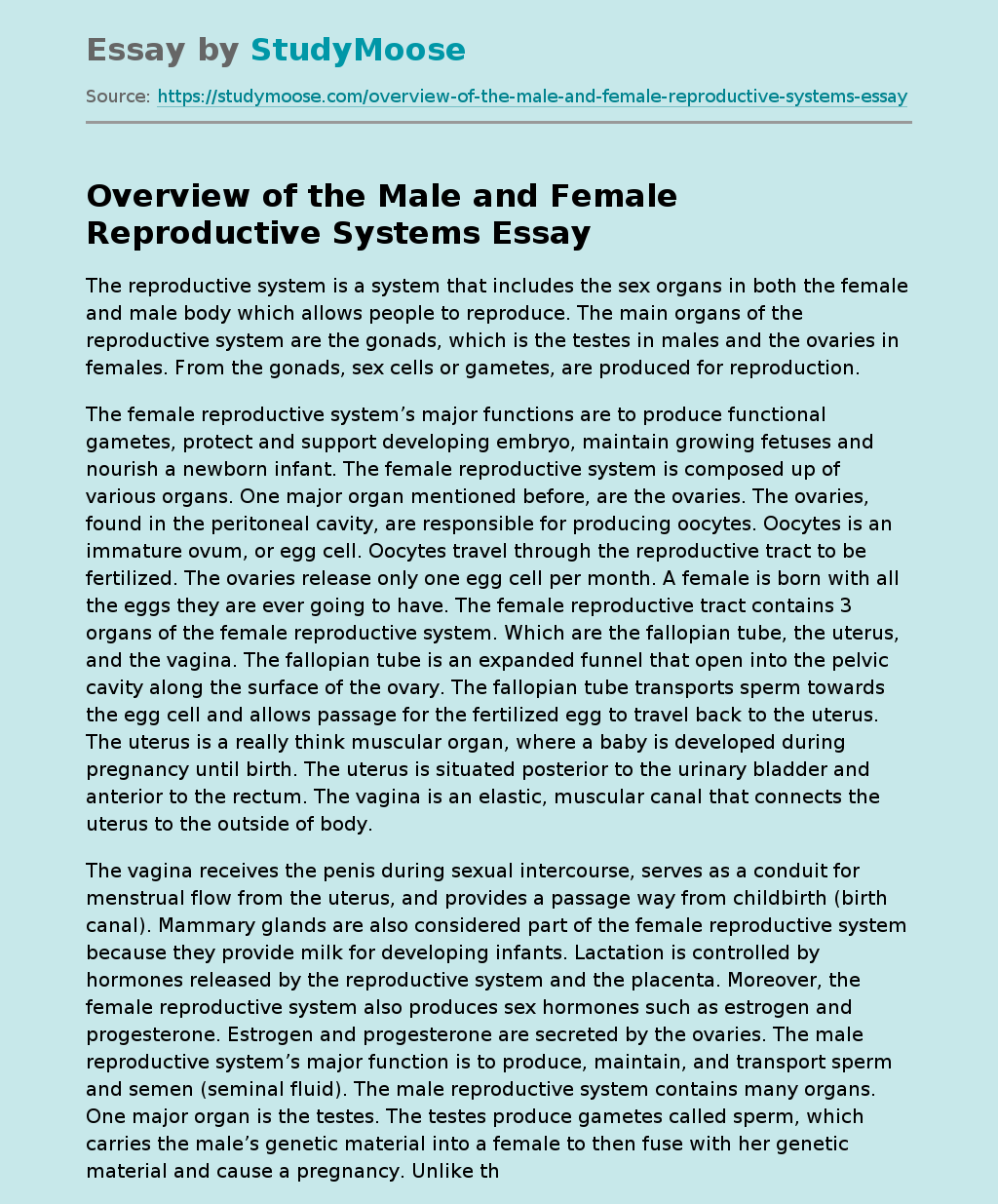