There are factors that create value for Tesco:

In Asia Tesco settled on a 50/50 joint venture with Hymall, a hypermarket chain that is controlled by Ting Hsin, a Taiwanese group, which had been operating in China for six years. As Tesco has teamed up with good company that have a deep understanding of the markets in which they are participating, it compensated the lack Tesco’s financial strength and retailing capabilities.

Moreover, large size and rapid growth of the Chinese market give Tesco the benefit of doing in this market. In general the risks of entering into joint venture agreements with local partners are that the companies involved could pull out, steal Tesco ideas, or fail and leave Tesco with debt; especially when these companies control big hypermarket chains. All these risks can be mitigated by being involved into joint venture only in part; for example Tesco settled on a 50/50 joint venture. Both Tesco and its partners have brought useful assets to the venture, which have increased the probability of success.

As Tesco moved into China after careful research and discussions with potential partners. Tesco has teamed up with good company. Ting Hsin is a well-capitalized enterprise in its own right, and it could match Tesco’s investments, reducing the risks Tesco faces in China. Furthermore, after the venture becomes established, Tesco could increase its ownership stake in its partner. 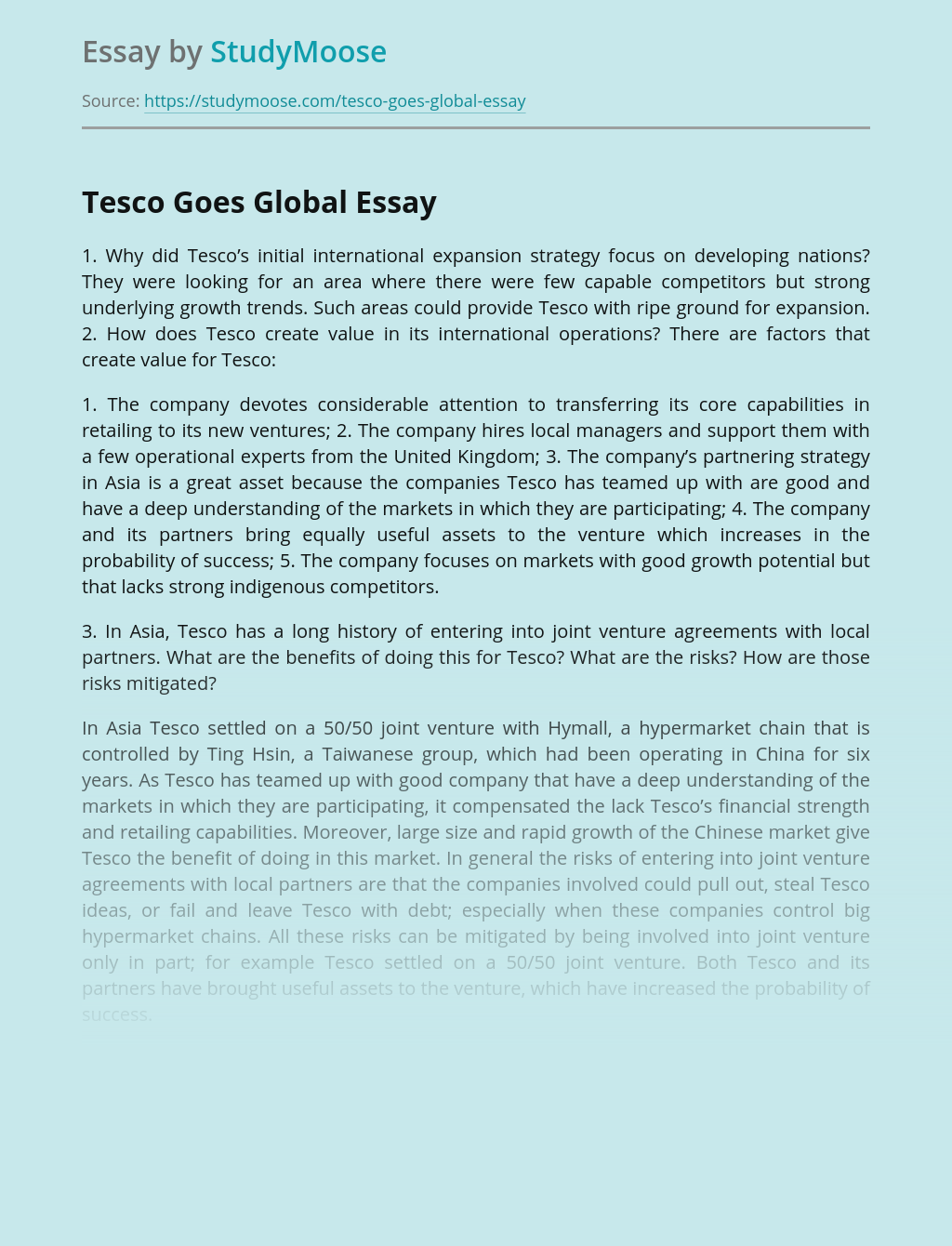 Turn in your highest-quality paper
Get a qualified writer to help you with
“ Tesco Goes Global ”
Get high-quality paper
Helping students since 2015
Stay Safe, Stay Original